The weekly EIA Natural Gas Storage Report advised today that there was an injection of  34Bcf into Underground Storage for the week ending 10/31/19.

This is 6Bcf below the forecast of a 40Bcf injection, the average prediction of sector analysts and traders in the Dow Jones Newswires weekly survey. This compares with an injection of 63Bcf last year and a 57Bcf injection for the five-year average. Storage is 530Bcf above last year for the same week and 29Bcf above the 5-year average. Working gas in storage stands at 3,729Bcf. (Read More ...) 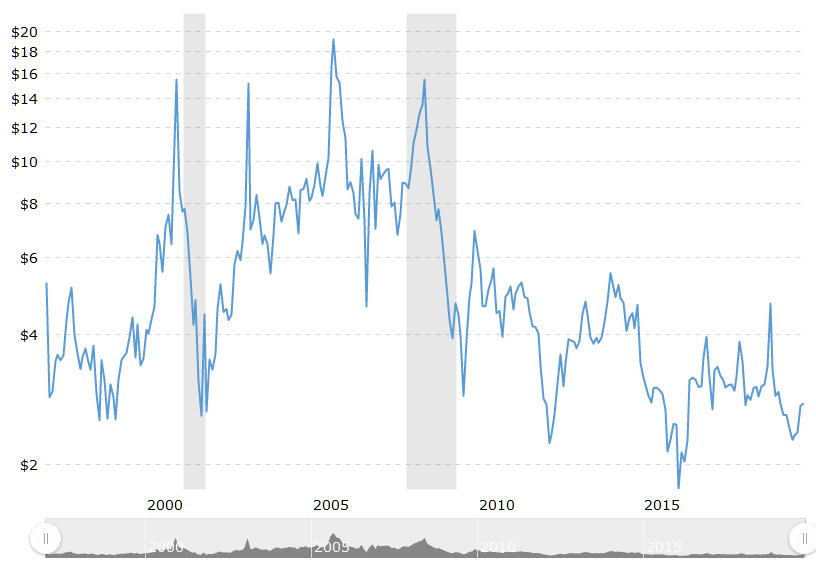 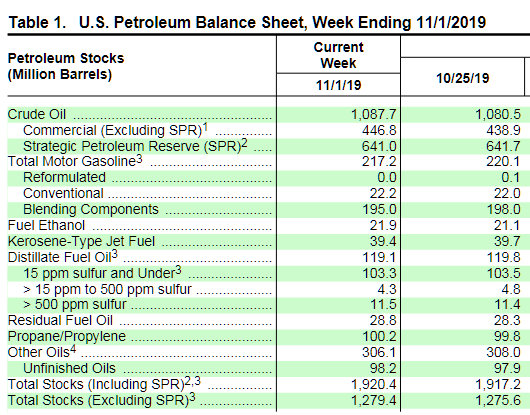 US crude inventories increased by 7.9million barrels to 446.8 million for the week ended November 1st, according to data released yesterday morning by the US Dept of Energy. Traders in the Reuters poll projected an increase of 1.5 million barrels. 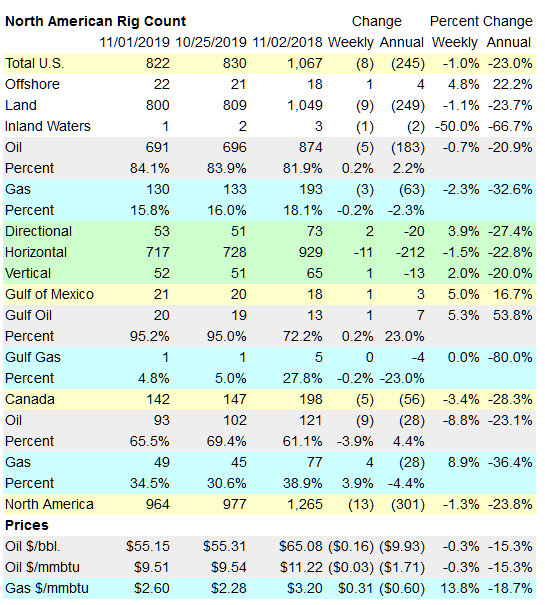 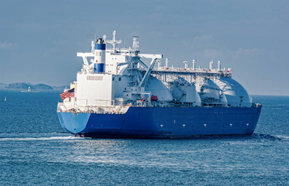 Summary
• The U.S. trade deficit is expected to eclipse $900 billion in 2019.
• As U.S. energy has increased, the energy trade gap has narrowed.
• Benefits of reducing the U.S. trade gap.
• Takeaways from last week’s third-quarter earnings announcements.

Last week, the Federal Reserve cut interest rates by a quarter point for the third time this year, China announced that a consensus on trade deal principles had been reached with the U.S., and some of us at Tortoise were entertained by a Halloween-inspired visit from Matt Foley, a fictional character played by Chris Farley as part of a Saturday Night Live skit in the late 1990s. The first two factors combined with a very strong jobs report that included an increase in the labor-force participation rate resulted in a 1.5% increase in the S&P 500 index as well as a 1.3% increase in the MSCI World Index. U.S. and global utilities delivered a slight gain while U.S. and global energy stocks generated a slight loss last week.

There were a lot of great takeaways from a busy third-quarter earnings week. One major energy theme that we think will continue to draw interest from investors is energy exports. The Tortoise Teal Energy Deal white paper highlights how U.S. energy exports can reduce global (Read More ...) 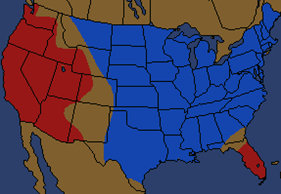 The 30-Day Outlook shows normal temps for  most of the US, with the exception of the Atlantic Coastal states from Virginia through Florida, which are expected to be at above-normal temps. A circular area covering, Wyoming, Colorado and South Dakota and Nebraska is projected to be at below-normal temps.

The 90-Day Outlook shows normal temps for the  entire country at normal temps except Florida through North Carolina and Oregon and Washington state, which are expected to be at above-normal temps.

Severe Weather: It appears that hurricane season is over. There are no tropical systems in the Atlantic at this time.

Thunderstorms are projected over the next several days for the Southeast Coastal States except southern Florida. Much of the Northern US will see below-freezing temperatures with extreme cold in the teens in the North Centeral part of the country
(Read More ...) 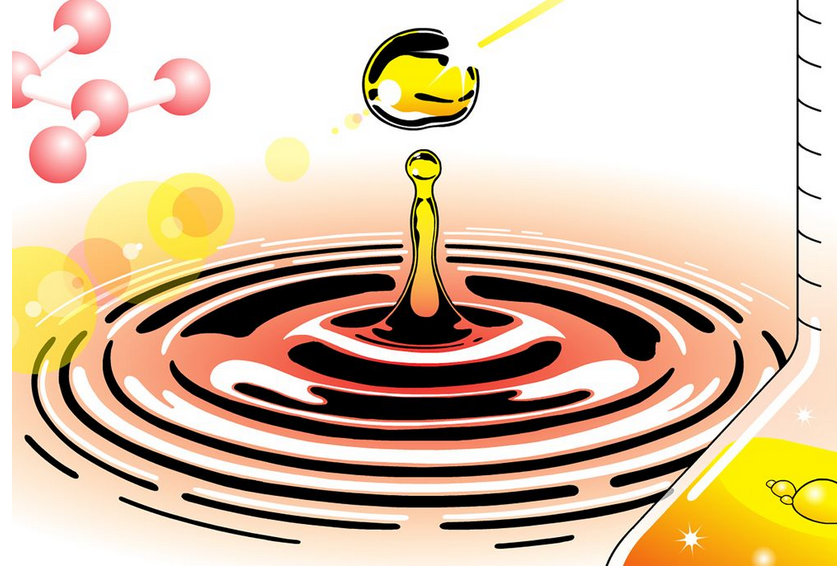 An Energy Breakthrough Could Store Solar Power for Decades:  Researchers in Sweden have created a molecule that offers a way to trap heat from the sun. For decades, scientists have sought an affordable and effective way of capturing, storing, and releasing solar energy. Researchers in Sweden say they have a solution that would allow the power of the sun’s rays to be used across a range of consumer applications—heating everything from homes to vehicles.

Scientists at Chalmers University of Technology in Gothenburg have figured out how to harness the energy and keep it in reserve so it can be released on demand in the form of heat—even decades after it was captured. The innovations include an energy-trapping molecule, a storage system that promises to outperform traditional batteries, at least when it comes to heating, and an energy-storing laminate coating that can be applied to windows and textiles. The breakthroughs, from a team led by researcher Kasper Moth-Poulsen, have garnered praise within the scientific community. Now comes the real test: whether Moth-Poulsen can get investors to back his technology and take it to market.

The system starts with a liquid molecule made up of carbon, hydrogen, and nitrogen. When hit by sunlight, the molecule draws in the sun’s energy and holds it until a catalyst triggers its release as heat. The researchers spent almost a decade and $2.5 million to create a specialized storage unit, which Moth-Poulsen, a 40-year-old professor in the department of chemistry and chemical engineering, says has the stability to outlast the 5-to 10-year life span of typical lithium-ion batteries on the market today (Read More ...) 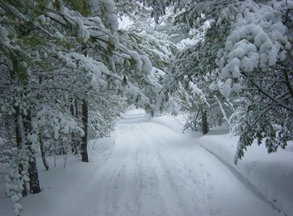 Whether we have a strong winter impacts many things.  From our road conditions driving to work, the extent of demand for home heating fuels, how our livestock will fair, and our ski season (including vital tourist revenue that results from ski season), predicting the degree of the intensity of the winter season can be important.

But this year it looks like it could be anyone’s guess… some degree of certainty would be nice, as it can have a major impact on energy forecasts as well- for example, natural gas and propane demand.

The U.S. Energy Information Administration (“EIA”) released its Short-Term Energy Outlook (“STEO”) earlier this month, which can be found here.  The October STEO contains a lot of interesting information, including, but not limited to, that the “EIA expects downward oil price pressure to emerge in the coming months as global oil inventories rise during the first half of 2020.”

According to The Weather Channel article entitled, It’s a Record-Snowy Start For the Northern Rockies and Plains and Winter Is Still Over 2 Months Away, some areas have already been pounded by record-dumping snowstorms.

However, the EIA forecast as to the winter fuels outlook is based upon a mild winter.  “The [EIA] forecasts that average household expenditures for all major home heating fuels will decrease this winter compared with the last.  This forecast largely reflects warmer expected winter temperatures compared with last winter.” The National Oceanic and Atmospheric Administration (“NOAA”) also released the following prediction:  Winter Outlook: Warmer than average for many, wetter in the North, which forecasts “warmer-than-average temperatures…for much of the U.S. this winter.”