The weekly EIA Natural Gas Storage Report advised today that there was an injection of  89Bcf into Underground Storage for the week ending 10/25/19.

This is 3Bcf above the forecast of an 86Bcf injection, the average prediction of sector analysts and traders in the Dow Jones Newswires weekly survey. This compares with an injection of 59Bcf last year and a 65Bcf injection for the five-year average. Storage is 559Bcf above last year for the same week and 52Bcf above the 5-year average. Working gas in storage stands at 3,695Bcf. The November natural gas contract closed at $2.52. (Read More ...) 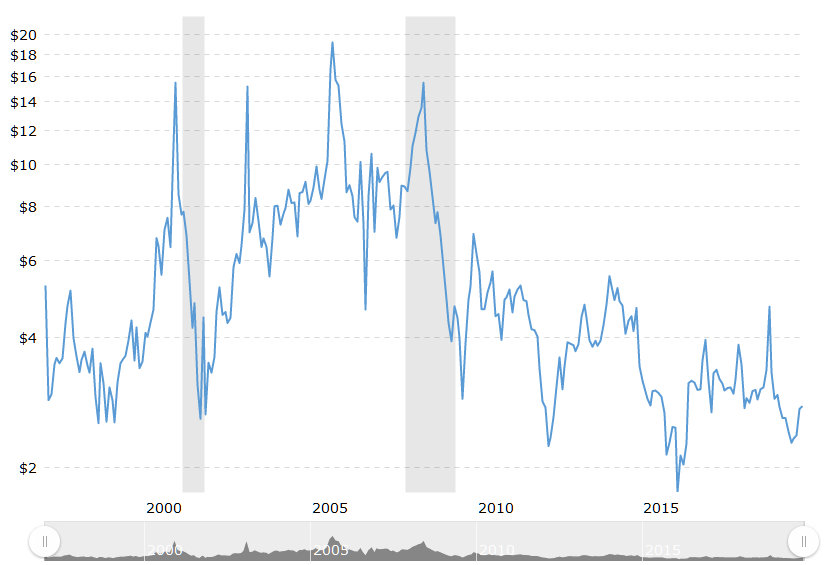 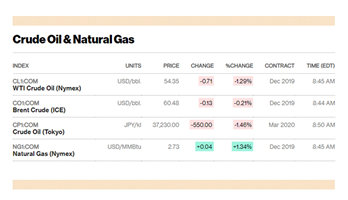 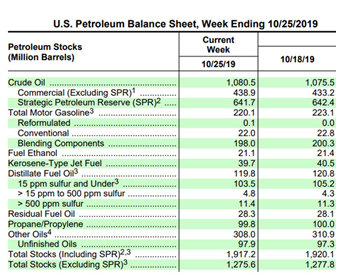 US crude inventories increased by 5.7million barrels to 438.9 million for the week ended October 25th, according to data released yesterday morning by the US Dept of Energy. Traders in the Reuters poll projected an increase of 0.5 million barrels. 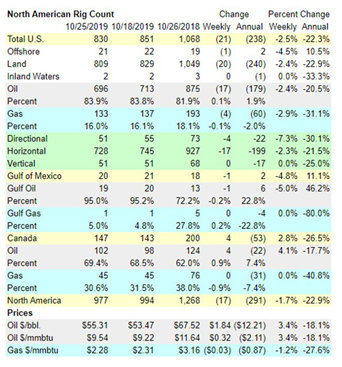 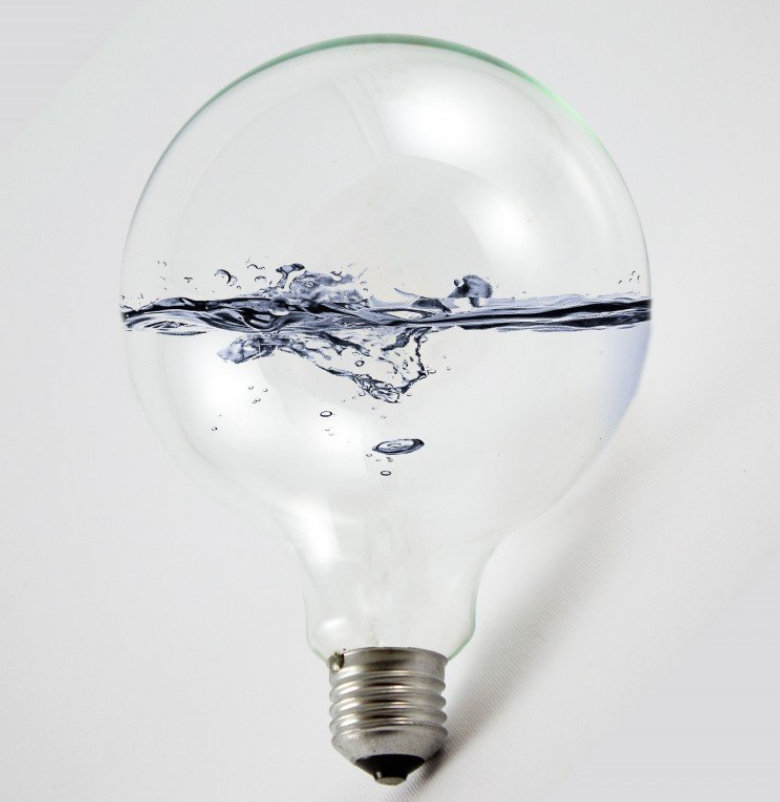 When it comes to the environmental impacts of burning coal and natural gas, we tend to focus most of our attention on carbon dioxide emissions. But generating electricity from fossil fuels is also a pretty water-intensive process, a new analysis shows.

The ongoing transition from coal to natural gas electricity is easing the water use associated with power generation somewhat. But much bigger savings could be achieved by switching to solar- and wind-generated electricity.

Researchers from Duke University gathered data from various U.S. government databases to calculate how much water each megawatt hour of electricity generated from either coal or natural gas uses. Water is needed for both production of fossil fuels and for electricity generation in power plants.

Coal production requires water for mining, cleaning, and transportation. Hydraulic fracturing or “fracking,” a form of natural gas extraction in which fluid is forced into a well to create cracks through which natural gas trapped in the rock can flow, requires a lot of water. Water is used in processing and transporting natural gas as well. 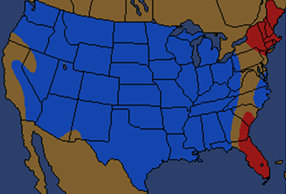 The AccuWeather 1-5 Day Outlook forecasts above-normal temps for the New England and Florida, with the Central Atlantic Coastal states and Western California at normal temps. The balance of the US is projected to be at mostly below-normal temps.

The 11-15 Day Outlook forecasts below-normal temps for the northern 2/3 of the country with the exception of the West Coast, which will be at normal or above-normal temps, as will  the deep South and Southwest.

The 30-Day Outlook shows normal temps for  most of the US, with the exception of the Atlantic Coastal states from Pennsylvania through Florida, which will be at above-normal temps. A circular area covering, Utah, Wyoming, Idaho and Montana, the Dakotas, Kansas and Nebraska is projected to be at below-normal temps.

The 90-Day Outlook shows normal temps for the  entire country at normal temps except Florida through North Carolina, which are expected to be above-normal.

Severe Weather: Severe thunder-storms capable of damaging winds and tornadoes are expected mainly this afternoon into early tonight from the Carolinas into the Mid-Atlantic. Extreme fire conditions remain present in southern California. No snow with significant accumulation is expected this week in thelower 48 (Read More ...) 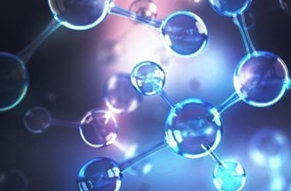 Hydrogen is the simplest element on earth and most abundant element in the universe. It is an energy carrier as it has high energy content per unit of weight. And it has the potential to become a mainstream energy technology and a key clean fuel source in the future that could also help reduce greenhouse gas emissions.

The development of hydrogen research and technology in the next few decades could make hydrogen a multi-billion industry in the United States alone, Jeffrey Rissman, Industry Program Director & Head of Modeling at climate policy think tank Energy Innovation, writes in Forbes. By 2050, the hydrogen industry could generate as much as US$170 billion in annual revenues and make combined profits of more than US$100 billion, if hydrogen demand as a vehicle fuel results in 5 percent hydrogen-powered vehicles on the road in 2050, and if hydrogen is made entirely from electrolysis—the process of splitting hydrogen from water using an electric current.

This scenario is one of three possible pathways for hydrogen that Energy Innovation examined. This is the ‘hydrogen demand plus electrolysis (HD+E)’ scenario.

This scenario assumes that hydrogen will be produced without greenhouse gas emissions and using electricity from renewable sources for the electrolysis.

The other two scenarios are ‘business as usual’, in which hydrogen is not expected to be a game-changer, and ‘hydrogen demand’, where hydrogen demand in cars and industry is similar to the HD+E scenario, but 95 percent of hydrogen will still be produced from natural gas (Read More ...) 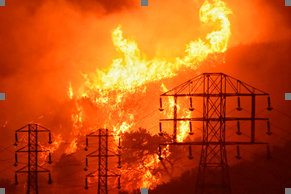 California- Pacific Gas & Electric Co. power lines may have started two wildfires over the weekend in the San Francisco Bay Area, the utility said Monday, even though widespread blackouts were in place to prevent downed lines from starting fires during dangerously windy weather.

The fires described in PG&E reports to state regulators match blazes that destroyed a tennis club and forced evacuations in Lafayette, about 20 miles (32 kilometers) east of San Francisco.

The fires began in a section of town where PG&E had opted to keep the lights on. The sites were not designated as a high fire risk, the company said.

More than 900,000 power customers — an estimated 2.5 million people — were in the dark at the height of the latest planned blackout, nearly all of them in PG&E’s territory in Northern and central California. By Monday evening a little less than half of those had their service back. But some 1.5 million people in 29 counties have been hit with more shut-offs that began Tuesday because another round of strong winds, the utility said.

Southern California Edison had previously cut off power to 25,000 customers and then disconnected about 350,000 more yesterday.  PG&E is under severe financial pressure after its equipment was blamed for a series of wildfires during the past 3 years.