The weekly EIA Natural Gas Storage Report advised today that there was an injection of  87Bcf into Underground Storage for the week ending 10/18/19.

This is 1Bcf below the forecast of an 88Bcf injection, the average prediction of sector analysts and traders in the Dow Jones Newswires weekly survey. This compares with an injection of 62Bcf last year and a 73Bcf injection for the five-year average. Storage is 519Bcf above last year for the same week and 28Bcf above the 5-year average. Working gas in storage stands at 3,606Bcf. (Read More ...) 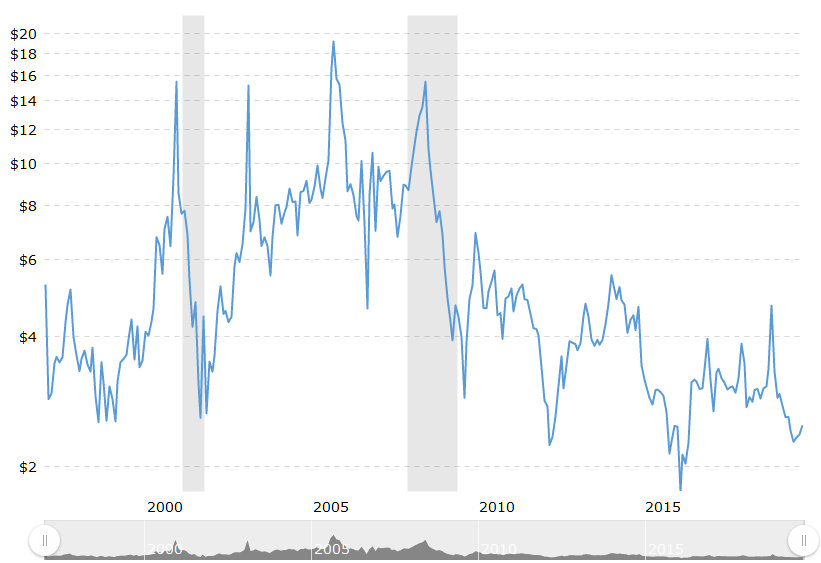 US crude inventories decreased by 1.7million barrels to 433.2 million for the week ended October 18th, according to data released yesterday morning by the US Dept of Energy. Traders in the Reuters poll projected an increase of 2.2 million barrels.

America’s Great Shale Oil Boom Is Nearly Over: America’s second shale boom is running out of steam. But don’t panic just yet, a third one may be coming over the horizon.

The U.S. Energy Information Administration published its latest short-term energy outlook last week and has cut its forecast of oil production by the end of 2020 for the fourth straight month. It now expects American output to rise by just 370,000 barrels a day over the course of next year. That will be the slowest growth in four years and is yet another indicator that the latest period of rapid shale expansion is faltering.

The number of rigs drilling for oil in the U.S. has fallen in each of the last 10 months, dropping by a total of 20% since November. And productivity gains are waning. Drilling in the Permian, the most prolific of the shale basins, fell by 11% in the nine months to August, according to the EIA.

The development of the U.S. shale patch is a bit like that of a person. During the first growth spurt in the four years to 2014 the industry was in the toddler phase. Everything was new and exciting, the toddlers stuck their fingers (or in this case their drill bits) into everything, just to see what would happen, and they pushed the boundaries in every direction. The toddler developed quickly, but the outside world taught it a hard lesson with a crash in the oil price in 2014.

The second boom from 2016 has been more like the adolescent phase. After picking themselves up and learning to live in their changed world, the young adults developed their muscles and (Read More ...)

The AccuWeather 1-5 Day Outlook forecasts above-normal temps for the the majority of the Eastern 1/3 of the US and Western California  The Western 2/3 of  is projected to be at mostly below-normal temps.

The 30-Day Outlook shows normal temps for  most of the US, with the exception of most of the Southeast, which will be at above-normal temps and an area covering, Utah, Wyoming, Idaho and Montana, which are projected to be below-normal.

The 90-Day Outlook shows above-normal temps for the  Southern Coastal states , with the balance of the country at normal temps except Montana, Wyoming, Utah and Colorado, which are expected to be below-normal.

Severe Weather: Some snow will fall across the highest elevations of the Intermountain West on Tuesday as a storm system moves eastward through the region. The highest terrain in northern and central Nevada and Utah, as well as western Wyoming and southwestern Montana, can pick up an inch or two of snow from this system.There is a tropical storm brewing in the Gulf
(Read More ...)

The 826-ton buoy measures 125 feet by 59 feet with a draft of 31 feet and has a potential rate capacity of up to 1.25 megawatts in electrical power production.

The buoy is shaped like an “L” with a long open chamber that sits below the water line and a turbine above the water. As water enters the open chamber it forces air upward, which turns the turbine to generate electricity. When the water recedes, it creates a vacuum and air rushes in to fill it, keeping the turbine spinning and the cycle repeats.

Ocean Energy estimates that a 100 megawatt wave farm could power up to 18,750 American homes.

Vigor has been building wave energy devices and their components for more than a decade.

“So, they’ve really have been ahead of the curve in terms of the conception and terms of product development and helping to shape government policy to make it happen.”

The buoy is set to be released off the coast of Oregon where it will make a 25-day journey to the U.S. Navy Wave Energy Test Site in Kanehoe Bay Hawaii for 12 months (Read More ...)

California- Approximately 179,000 customers lost electricity yesterday as Pacific Gas & Electric (PG&E) attempted to avert more wildfires. This was the second time this month that PG&E shut off power to hundreds of thousands of Californians.

The decision to shut off power this week "was based on forecasts of dry, hot and windy weather that poses a higher risk for damage and sparks on the electric system and rapid wildfire spread," PG&E said. 17 counties were impacted and power is due to be restored in most areas today.

So, are these wildfires caused by utilities or climate change? Yes, according to a number of experts. One in particular is Adam Sobel, an atmospheric scientist and director of the Initiative on Extreme Weather and Climate at Columbia University. He writes, “A fire needs a spark. If PG&E’s wires provide that, then the company is responsible, just as I would be if I started a fire with a tossed cigarette or an unattended campfire. Californians are right to try to hold PG&E accountable, and the evidence suggests that it has been poorly managed, deferring crucial maintenance for years.”

Sobel continued, “At the same time, the fire wouldn’t spread so far and be so catastrophic if the weather weren’t right for it. And while the proximate causes of the National Weather Service’s fire weather watches and red flag warnings lie in the more or less random fluctuations of day-to-day weather, there is compelling evidence that global warming has increased the risk substantially. Heat dries out what scientists who study the problem clinically refer to as “fuel” — that is, trees and shrubs and such — so that they burn more quickly and easily.