The weekly EIA Natural Gas Storage Report advised today that there was an injection of  104Bcf into Underground Storage for the week ending 10/11/19.

This is 2Bcf below the forecast of a 106Bcf injection, the average prediction of sector analysts and traders in the Dow Jones Newswires weekly survey. This compares with an injection of 81Bcf last year and an 81Bcf injection for the five-year average. Storage is 494Bcf above last year for the same week and 14Bcf above the 5-year average. Working gas in storage stands at 3,519Bcf. (Read More ...) 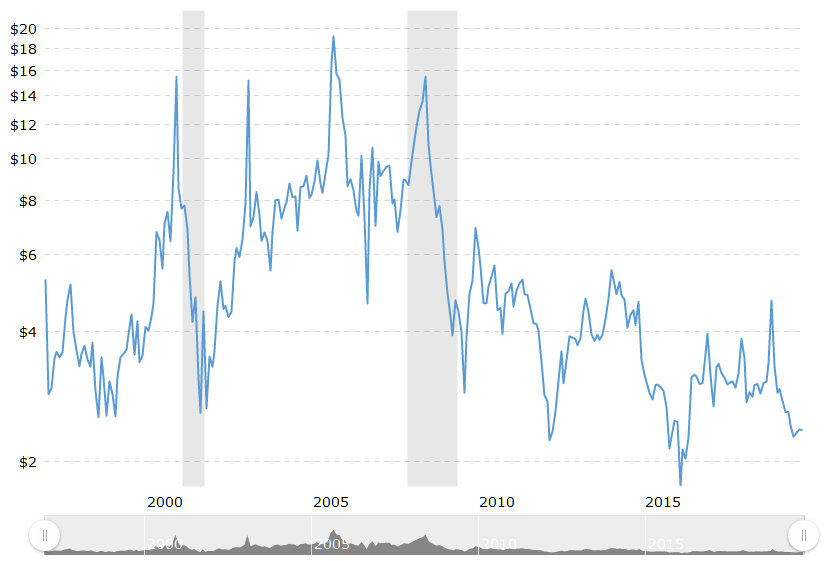 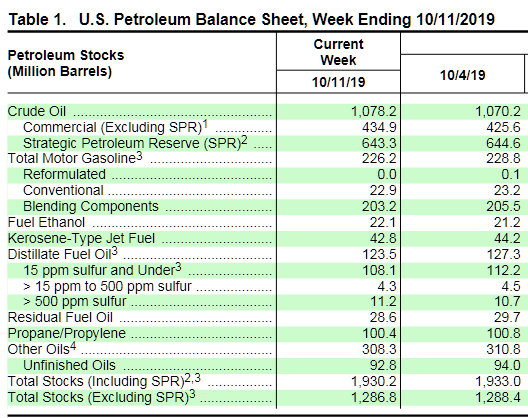 US crude inventories increased by 9.3million barrels to 434.9 million for the week ended October 11th, according to data released yesterday morning by the US Dept of Energy. Traders in the Reuters poll projected an increase of 2.9 million barrels. 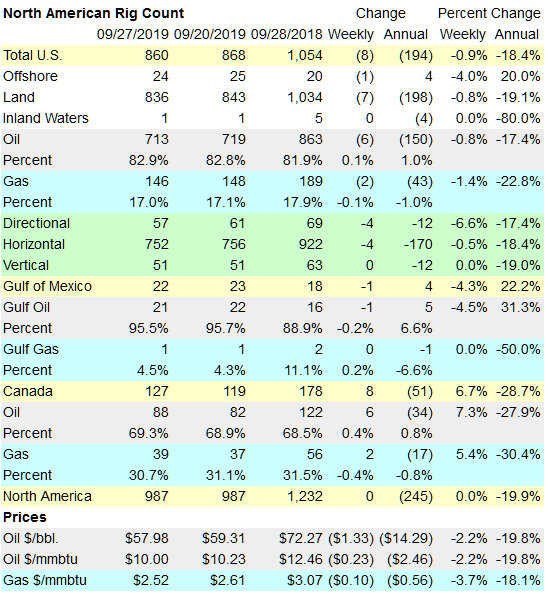 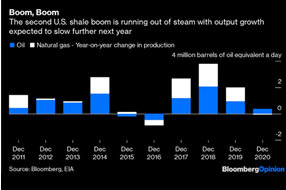 America’s Great Shale Oil Boom Is Nearly Over: America’s second shale boom is running out of steam. But don’t panic just yet, a third one may be coming over the horizon.

The U.S. Energy Information Administration published its latest short-term energy outlook last week and has cut its forecast of oil production by the end of 2020 for the fourth straight month. It now expects American output to rise by just 370,000 barrels a day over the course of next year. That will be the slowest growth in four years and is yet another indicator that the latest period of rapid shale expansion is faltering.

The number of rigs drilling for oil in the U.S. has fallen in each of the last 10 months, dropping by a total of 20% since November. And productivity gains are waning. Drilling in the Permian, the most prolific of the shale basins, fell by 11% in the nine months to August, according to the EIA.

The development of the U.S. shale patch is a bit like that of a person. During the first growth spurt in the four years to 2014 the industry was in the toddler phase. Everything was new and exciting, the toddlers stuck their fingers (or in this case their drill bits) into everything, just to see what would happen, and they pushed the boundaries in every direction. The toddler developed quickly, but the outside world taught it a hard lesson with a crash in the oil price in 2014.

The second boom from 2016 has been more like the adolescent phase. After picking themselves up and learning to live in their changed world, the young adults developed their muscles and (Read More ...)

The AccuWeather 1-5 Day Outlook forecasts above-normal temps for the Southeast, Northwest Texas and surrounding areas, as well as Northern New England.  The Northwest is projected to be at mostly below-normal temps.

The 6-10 Day Outlook forecasts above-normal temps for most of the Eastern third of the country and the West Coast. The center of the US is forecasted at below-normal temps with the exception of Texas, which will be at normal temps.

The 11-15 Day Outlook forecasts above-normal temps for most of California, with the rest of the country at mostly below-normal temps.

Severe Weather: Winds as strong as those of a tropical storm are pummeling New England this morning as a storm known as a bomb cyclone knocks out power and promises to disrupt travel in the region through the end of the work-week. The storm "is now parked over southern New England with the pressure equivalent to a Category (Read More ...) 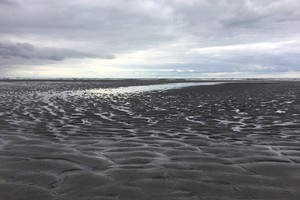 The 826-ton buoy measures 125 feet by 59 feet with a draft of 31 feet and has a potential rate capacity of up to 1.25 megawatts in electrical power production.

The buoy is shaped like an “L” with a long open chamber that sits below the water line and a turbine above the water. As water enters the open chamber it forces air upward, which turns the turbine to generate electricity. When the water recedes, it creates a vacuum and air rushes in to fill it, keeping the turbine spinning and the cycle repeats.

Ocean Energy estimates that a 100 megawatt wave farm could power up to 18,750 American homes.

Vigor has been building wave energy devices and their components for more than a decade.

“So, they’ve really have been ahead of the curve in terms of the conception and terms of product development and helping to shape government policy to make it happen.”

The buoy is set to be released off the coast of Oregon where it will make a 25-day journey to the U.S. Navy Wave Energy Test Site in Kanehoe Bay Hawaii for 12 months (Read More ...) 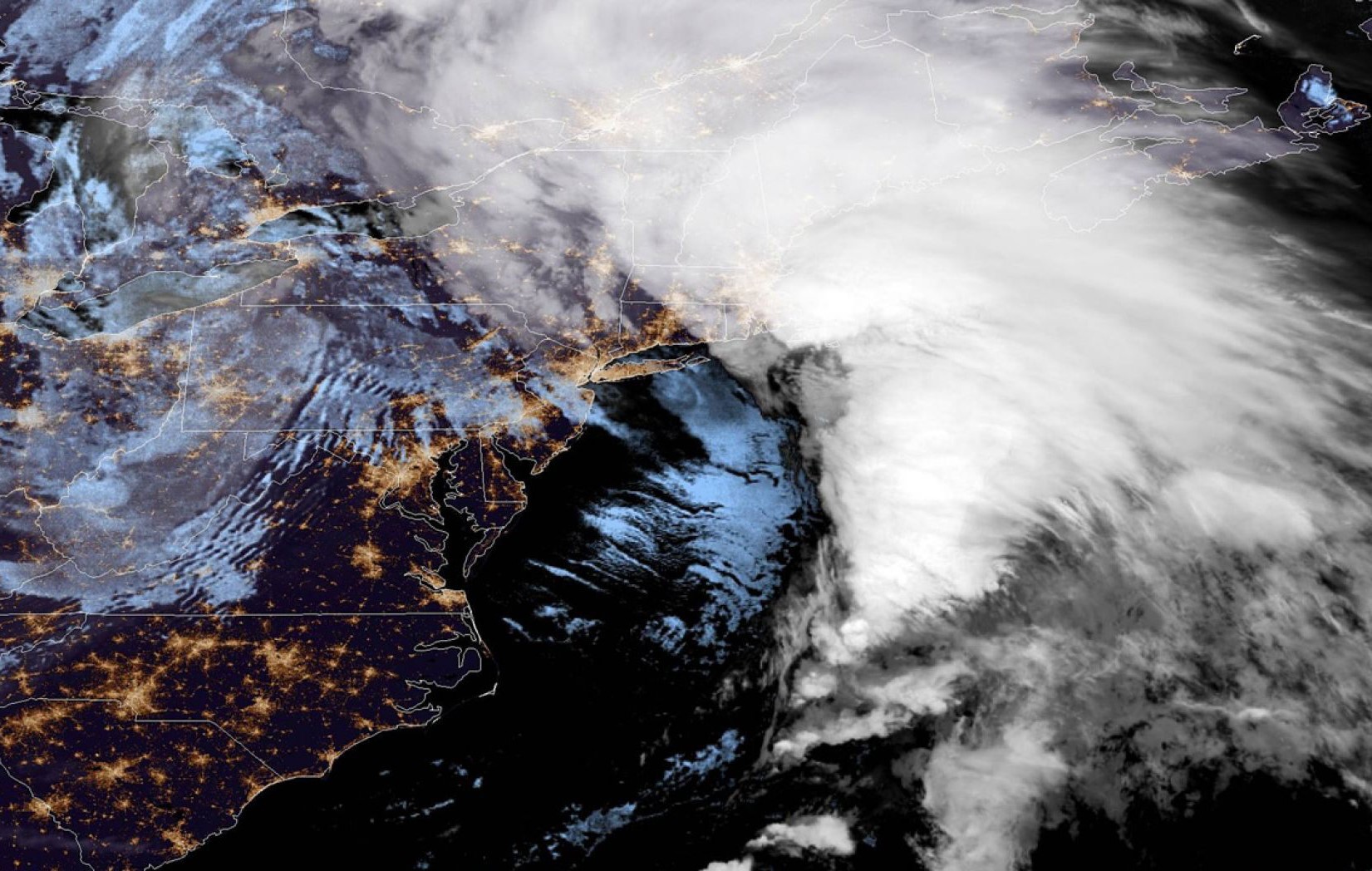 Natural Gas Underground Storage Report shows more Natural Gas in underground storage vs. 2018 for the first time in 2019. The huge growth of Natural Gas production has finally erased the deficit from 2018. Wall Street traders have already taken this into account and a significant downward move in NYMEX prices is not expected.

While Winter has already begun in parts of the US and a major storm is currently hitting the Northeast, AccuWeather is predicting a warmer-than-normal winter in most of the country.  This is interesting in light of the fact that on September 23, the State of California told SoCalGas to boost it's Natural Gas supply before winter. in order to maintain reliable service throughout the cold season.

However on the heels of this request, fires around the Aliso Canyon Natural Gas Storage Facility are of great concern in Southern California. A fire burned for most of the day in the brush on Tuesday before being extinguished. The "Saddleridge" fire which burned through the area began last Thursday in Sylmar and was 46% contained by Tuesday evening. At that time, it had burned through 8,391 acres.

The Aliso Canyon facility is the largest Natural Gas and oil storage facility in southern California, providing fuel to 11 million customers and 17 Natural Gas-fired power plants. Aliso Canyon has been under intense scrutiny since a major leak began 4 years ago, causing much of the facility to be shut down, causing a lack of supply in southern California and a spike in prices. So to see fire, "that's just coming out of the dirt" as Chris Gilbride, a SoCalGas spokesman said Tuesday is cause for alarm in the area.