The weekly EIA Natural Gas Storage Report advised today that there was an injection of  98Bcf into Underground Storage for the week ending 10/4/19.

This is 1Bcf above the forecast of a 97Bcf injection, the average prediction of sector analysts and traders in the Dow Jones Newswires weekly survey. This compares with an injection of 90Bcf last year and an 89Bcf injection for the five-year average. Storage is 472Bcf above last year for the same week and 9Bcf below the 5-year average. Working gas in storage stands at 3,415Bcf. (Read More ...) 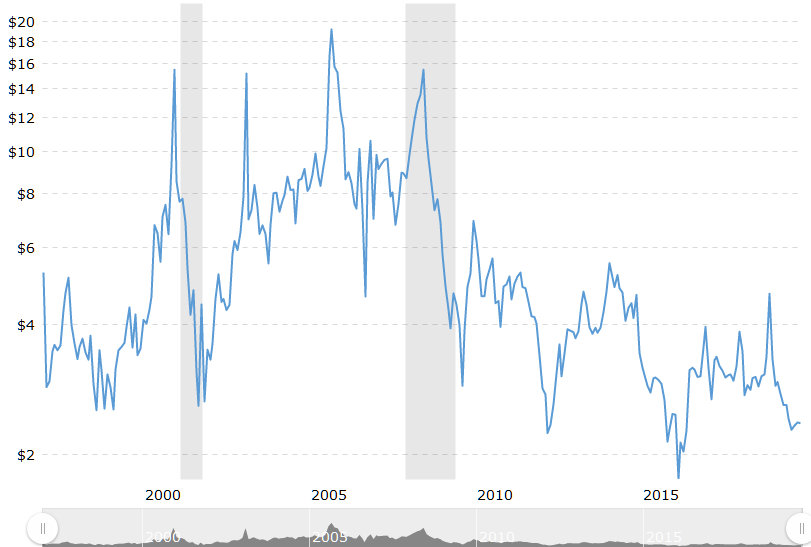 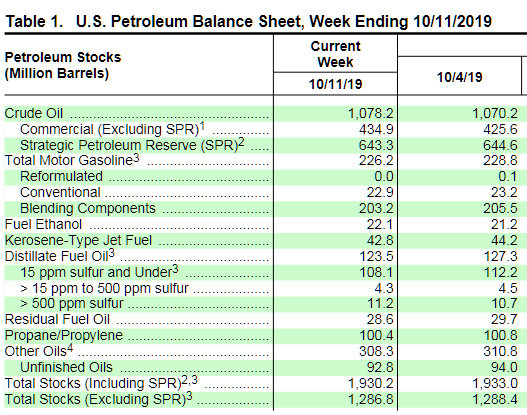 US crude inventories increased by 3.0million barrels to 425.6 million for the week ended October 4th, according to data released yesterday morning by the US Dept of Energy. Traders in the Reuters poll projected an increase of 2.4 million barrels. 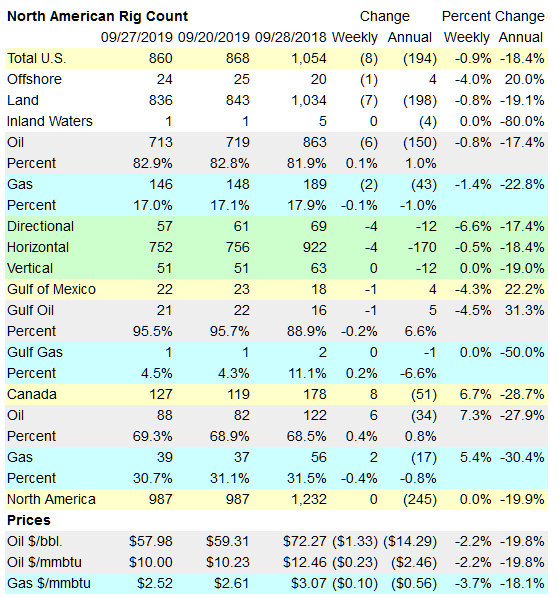 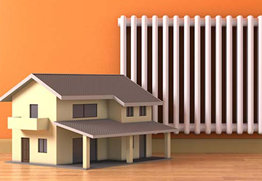 Oct 8 (Reuters) - U.S. consumers will likely spend less to heat their homes this winter than last year due in part to forecasts for slightly warmer than normal temperatures, the U.S. Energy Information Administration (EIA) said on Tuesday.

In the South, however, EIA projected households using natural gas for heating will see a 4% increase in winter heating costs due to higher regional prices for the fuel.

EIA will release its outlook, which will contain estimated household expenditures for the winter of 2019-2020 at noon EDT (1600 GMT) on Tuesday.

Natural gas is the most common space heating fuel in 29 states and the District of Columbia. Electricity tends to be more common in southern states and heating oil is most prevalent in much of New England, EIA said.

Propane is more common in the Midwest, but it is not the primary heating fuel in any state. EIA said its forecast of winter heating expenditures are based on weather (Read More ...)

The AccuWeather 1-5 Day Outlook forecasts above-normal temps for the Southeast, South Texas and New England.  The Western 2/3 of the US are projected to be at mostly below-normal temps.

The 11-15 Day Outlook forecasts above-normal temps for Eastern half of the US, The West will be at mostly below-normal temps with the balance of the states at normal temps.

The 90-Day Outlook shows above-normal temps for part of the Northwest and Southeast, with the balance of the country at normal temps except Montana, Wyoming and Colorado, which are expected to be below-normal.

Severe Weather: The National Hurricane Center shows no Atlantic storms that could become hurricanes at this time. Two storms are coming- the first a blizzard projected to drop 24 inches of snow in the Northern Plains and the second a nasty Nor'Easter expected to dump rain from New England to the Mid-Atlantic states with coastal flooding expected through Sunday. 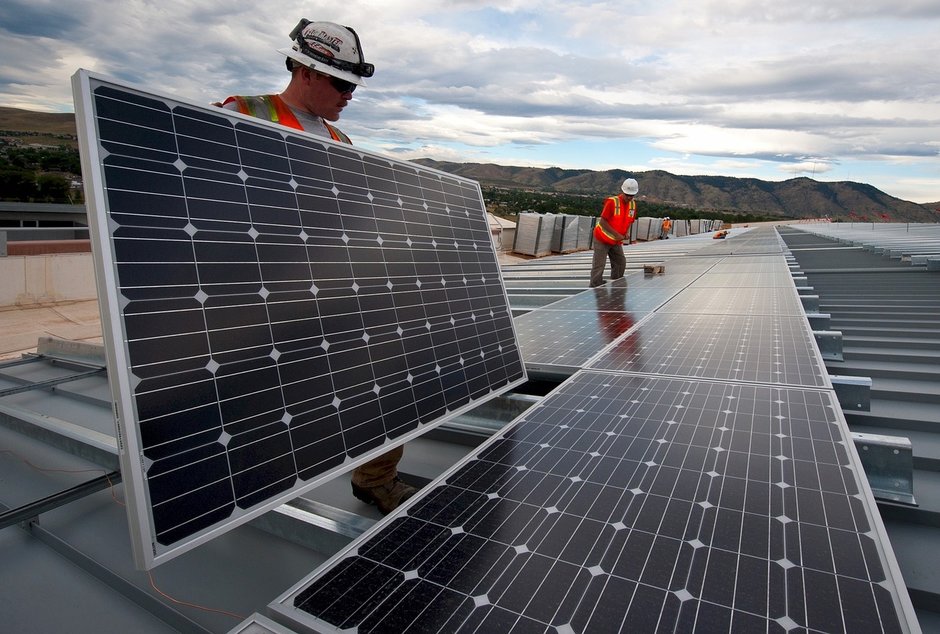 What's Next for Technology and Renewable Energy?

“Keeping food cold is an energy-gobbling endeavor. Refrigerated food warehouses and factories consume immense amounts of energy, and this cooling demand is expected to increase as the climate warms while global incomes and food consumption rise. A team of researchers and companies in Europe are now developing a cryogenic energy storage system that could reduce carbon emissions from the food sector while providing a convenient way to store wind and solar power. …”

This story from Space.com tells how a new device can make renewable energy from the cold night sky.

Here's an excerpt: “A new thermoelectric device can generate electricity for an LED light bulb even during the blackest night, according to a report by researchers.

The secret is using a phenomenon known as radiative cooling, which happens when surfaces on the ground radiate heat into the atmosphere. This process can make a surface cooler than the air surrounding it, which explains why frost forms on grass even if the air temperature is above freezing. …”

And yet, despite all of this new investment and aggressive action by top tech companies, huge challenges remain
(Read More ...)

The second phase affected bedroom communities in the San Francisco Bay Area and added to the 500,000 customers who had already lost power earlier on Wednesday.

A fire after midnight in the town of Moraga, home to St. Mary’s College, prompted evacuations and burned around 50 acres but was brought under control before dawn.

Pacific Gas & Electric expects the weather to subside in most of its operation areas by noon on Thursday and will deploy a fleet of helicopters and more than 6,000 technicians to inspect the lines before they are brought back online.

Citing a weather forecast ideal for wildfires and staring down billions in potential liabilities from past blazes, PG&E decided sparks from its electrical equipment or a downed power line would pose a greater risk than grumbling customers.
But some residents and state officials felt the utility had overstepped, causing undue hardship to home-owners- assuming their houses weren't on fire.