The picture below shows the process that plants use to create energy from sunlight. A breakthrough in artificial photosynthesis to produce clean energy is underway. For more, see "Sustainable and Renewable Energy" below. 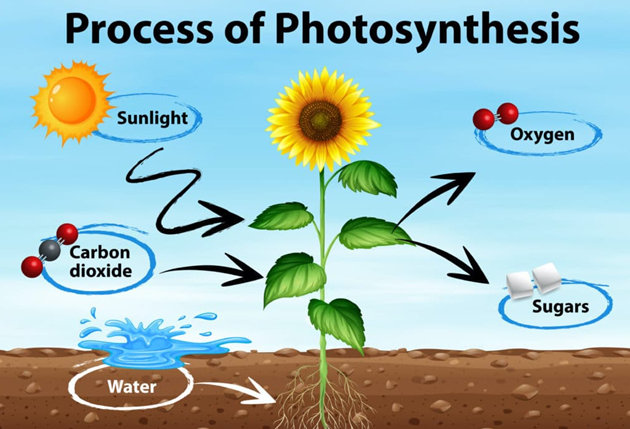 The weekly EIA Natural Gas Storage Report advised today that there was an injection of 66Bcf into Underground Storage for the week ending 9/18/20.

This is 1Bcf below the forecast of a 67Bcf injection, the average prediction of sector analysts and traders in the Dow Jones Newswires weekly survey. This compares with an injection of 97Bcf last year and a 80Bcf build for the five-year average. Storage is 504Bcf above last year for the same week and  407Bcf above the 5-year average. Working gas in storage stands at  3,680Bcf.  Annual storage "surplus" is projected to shrink by 198 Bcf by October 23. (Read More ...) 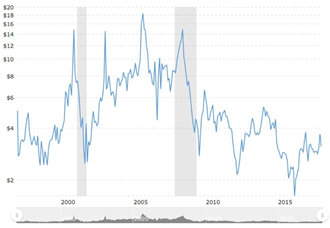 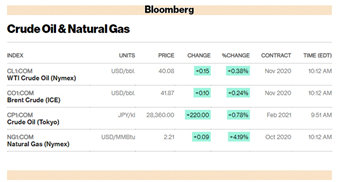 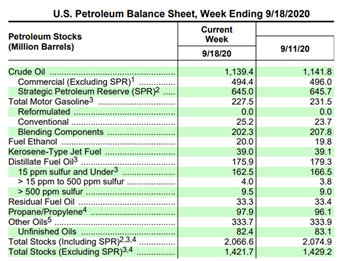 US crude inventories (EIA)  decreased by 1.6 million barrels to 494.4 million for the week ended September 18th, according to data released yesterday morning by the US Dept of Energy. Traders in the Reuters poll expected an increase of 2.4 million barrels. 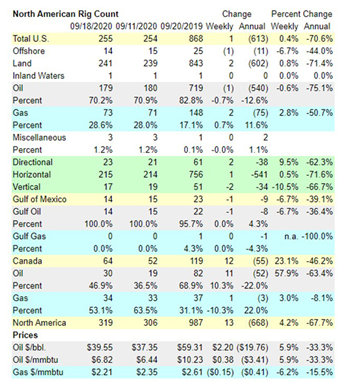 According to the Baker Hughes Count, US Rotary Rigs targeting Natural Gas were +2 at 73 for the week ending September 18th and -75 from last year. 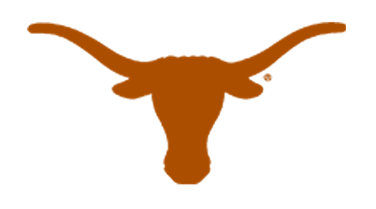 AUSTIN, Texas — A new online interactive dashboard enables users to understand the costs and impacts of major supplies and demands of energy through the year 2050 across the U.S.
With policymakers, utilities, and companies facing complex challenges for the global energy transition, decisions about today’s infrastructure investments have tremendous long-term consequences for public and private stakeholders. The Energy Institute at The University of Texas at Austin has developed the Energy Futures Dashboard, a unique web-based tool to better inform choices and dialogue around the future pathways of energy infrastructure by leveraging insights from research and data from multiple federal agencies.

Building upon the multiyear interdisciplinary Energy Infrastructure of the Future study, the new dashboard allows users to create their own scenarios for one of 13 U.S. regions for the year 2050. Users can model energy infrastructure pathways by varying three key sets of inputs: the mix of electricity generation sources, the percentage of light-duty vehicles that are electric, and the percentage of households heated by natural gas and electricity.

After choosing the percentage of “electricity mix” to come from each type of resource – for example, 50% from solar, 25% from wind and another 25% from natural gas – and other user inputs, the Energy Futures Dashboard performs real-time calculations using data and statistics from sources such as the U.S. Energy Information Administration, the Federal Energy Regulatory Commission, and the National Renewable Energy Laboratory. Users can also create a customized report that presents a sharable summary for the user-generated scenario, including metrics such as the number of power plants required, related CO2 emissions, land use, and costs (Read More ...) 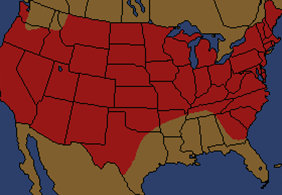 The AccuWeather 1-5 Day Outlook forecasts above-normal temps for the entire US, with the exception of the Gulf Coast states and the Far-Northeast, which will be at normal temps.

The 30-Day Outlook forecasts above-normal temps for the entire US, with the exception of the Southeast and Washington state, which are expected to be at normal temps.

Severe Weather: Above-normal precipitation is forecast for the Southeast and Washington state for the next 1-5 days. Alabama and Georgia will continue to see thunderstorms as a result of Cyclone Beta. There is also a risk of tornados in Alabama. The Great Lakes area and New England expect above-normal precipitation in the 6-10 Day forecast. The National Hurricane Center shows no tropical depressions that could become hurricanes in the Atlantic or Gulf of Mexico. Beta continues to move Northeast at 12 mph, with 30 miles-per-hour winds. Beginning Sunday, there is no precipitation expected anywhere in the US through 10/1. (Read More ...) 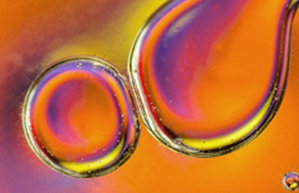 Breakthrough in Artificial Photosynthesis Lets Scientists Store The Sun's Energy as Fuel: Plants have a seemingly effortless skill – turning sunlight into energy – and scientists have been working to artificially emulate this photosynthesis process. The ultimate benefits for renewable energy could be huge – and a new approach based on 'photosheets' could be the most promising attempt we've seen so far.

The new device takes CO2, water, and sunlight as its ingredients, and then produces oxygen and formic acid that can be stored as fuel. The acid can either be used directly or converted into hydrogen – another potentially clean energy fuel.

Key to the innovation is the photosheet - or photocatalyst sheet - which uses special semiconductor powders that enable electron interactions and oxidation to occur when sunlight hits the sheet in water, with the help of a cobalt-based catalyst.

No additional components are required for the reaction to occur, and it's fully self-powered.

"We were surprised how well it worked in terms of its selectivity – it produced almost no by-products," says chemist Qian Wang, from the University of Cambridge in the UK.

"Sometimes things don't work as well as you expected, but this was a rare case where it actually worked better."

While the prototype photosheet only measures 20 square centimetres (3 square inches), the scientists who invented it say it should be relatively easy to scale up without incurring huge costs.

Ultimately, they think these sheets could be produced in large arrays, similar to those on solar farms. What's more, the resulting formic acid can be stored in a solution, and from there converted into different types of fuel as needed.

It achieves something that isn't always guaranteed in conversion systems like this – a clean and efficient process without any unwanted by-products. Any extra waste produced has to be dealt with, which can negate the positive effects of the initial reaction.

"It's been difficult to achieve artificial photosynthesis with a high degree of selectivity, so that you're converting as much of the sunlight as possible into the fuel you want, rather than be left with a lot of waste," says Wang.

A team from the same lab was also responsible for developing an 'artificial leaf' material in 2019. While the new photosheet behaves in a similar way, it's more robust and easier to scale up – and it produces fuel that's more straightforward to store, too (last year's system created syngas). (Read More ...) 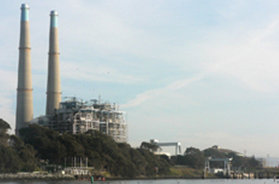 How does the US retire 236 GW of coal and 1,000 gas peaker plants? Victory in the economic realm (increasingly the case with solar, solar-plus-storage and wind) is no guarantee of market victory if the regulations are stacked against renewables.

We’ve reached a massive milestone in the global energy transition — the ability, right now, of renewable energy sources and energy storage to match or beat the price of power from natural-gas-fired peaker plants and coal-fired generators.

The problem is that energy markets are not exactly free markets — and replacement of existing generation is not entirely tied to price. There are artificial regulatory constructs and financial structures built into energy markets which can favor certain parties (utilities) and fuels (legacy coal, gas and nuclear).

So, victory in the economic realm (increasingly the case with solar, solar-plus-storage and wind) is no guarantee of market victory if the regulations are stacked against renewables. In addition to regulatory bias against renewables, one of the massive challenges of the energy transition is the need to equitably retire thousands of existing and planned fossil-fuel plants.

About 85 GW of U.S. coal capacity has been shuttered since peak coal in 2007 — and the retirements have not slowed, even under a coal-sympathetic Trump regime. Actually, the pace seems to have quickened — with 31 GW of coal power retired since the beginning of 2018.

U.S. coal power generation fell by a dramatic 30% in the first six months of 2020, according to the EIA.

The EIA said that coal plants are simply “uneconomical in most regions” because of low-cost renewables, plummeting Henry Hub natural gas spot prices and investors intently putting their money elsewhere. Nevertheless, about 236 GW of coal capacity is still active in the U.S.

In an era of plunging battery and PV costs, these awards point to the dawn of dispatchable solar and wind as cheaper and cleaner than coal and gas. Leah Stokes, a professor in the Department of Environmental Studies at UC Santa Barbara said, “If you’re not building the future, you’re continuing to invest in old technology. And that will have a cost at some point when you use billions to invest in coal plants instead of building new wind, solar and storage that would create longer life value.”