The weekly EIA Natural Gas Storage Report advised that there was an injection of 69Bcf (billion cubic feet) into Underground Storage for the week ending September 7th, 2018.

This is 2Bcf above the median forecast of a 67Bcf injection, the average prediction of sector analysts and traders in the Dow Jones Newswires weekly survey. The injection one year ago was 91Bcf and the 5-year average injection is 74Bcf. Storage is 662Bcf below last year for the same week and 596Bcf below the 5-year average. Working gas in storage stands at 2,636Bcf.

Note: Oil will be overtaken by natural gas as North America's primary energy source this year and remain the dominant source until 2050, according to risk management firm DNV GL. 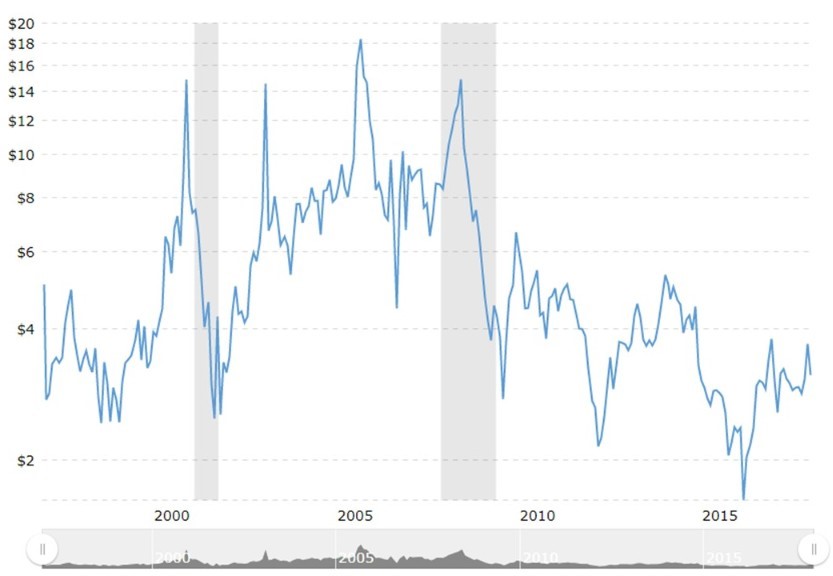 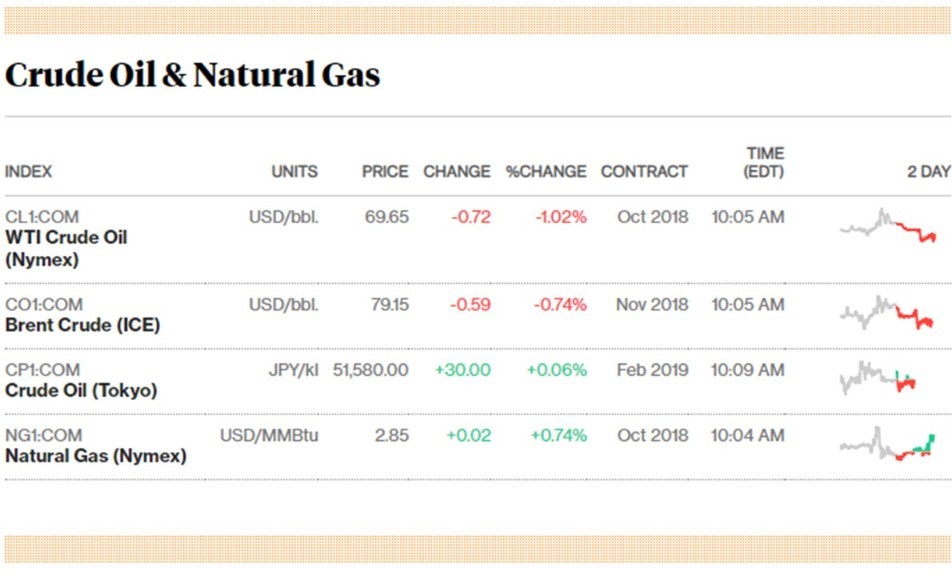 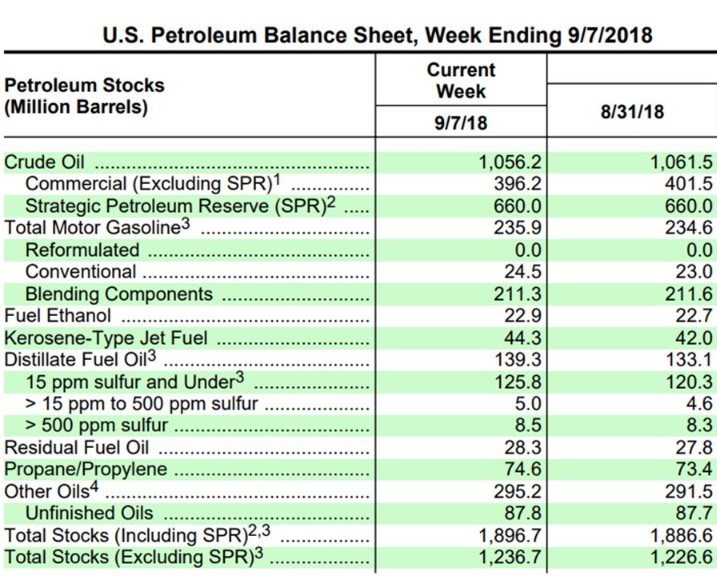 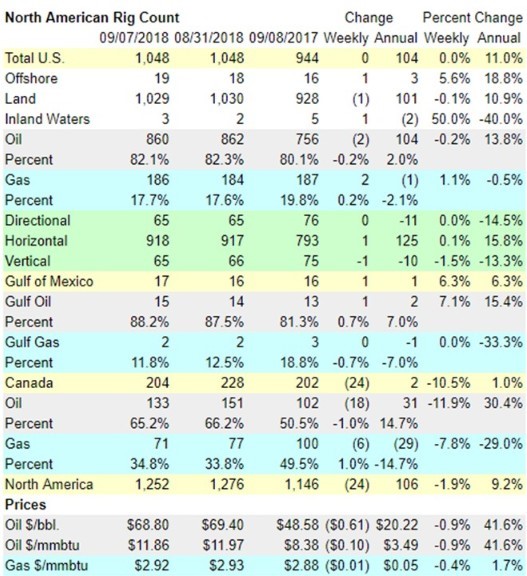 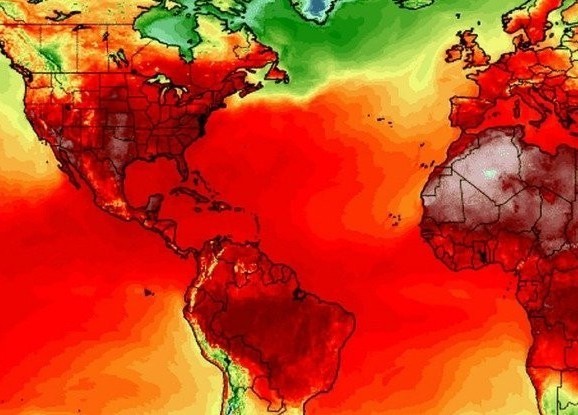 2018 will be fourth-hottest year on record, climate scientists predict; Heat waves on four continents are causing wild fires, electricity grids to crash and dips in the harvest of staple grains: The temperatures and wildfires witnessed this summer are set to become the new normal - yet much of the world is unprepared for life on a hotter planet, scientists are warning.

In California, firefighters are racing to control what has become the largest fire in state history. Harvests of staple grains like wheat and corn are expected to dip this year, in some cases sharply, in countries as different as Sweden and El Salvador.

In Europe, nuclear power plants have had to shut down because the river water that cools the reactors was too warm. Heat waves on four continents have brought electricity grids crashing, while dozens of heat-related deaths in Japan this summer offered a foretaste of what researchers warn could be big increases in mortality from extreme heat.

The 90-Day Outlook shows normal temps for the entire country,, with the exception of New England, which is expected to be at above-normal temps.

Hurricane Florence has been downgraded to a Cat 2 system but is still extremely dangerous. It should make landfall at approximately 2AM tomorrow morning. 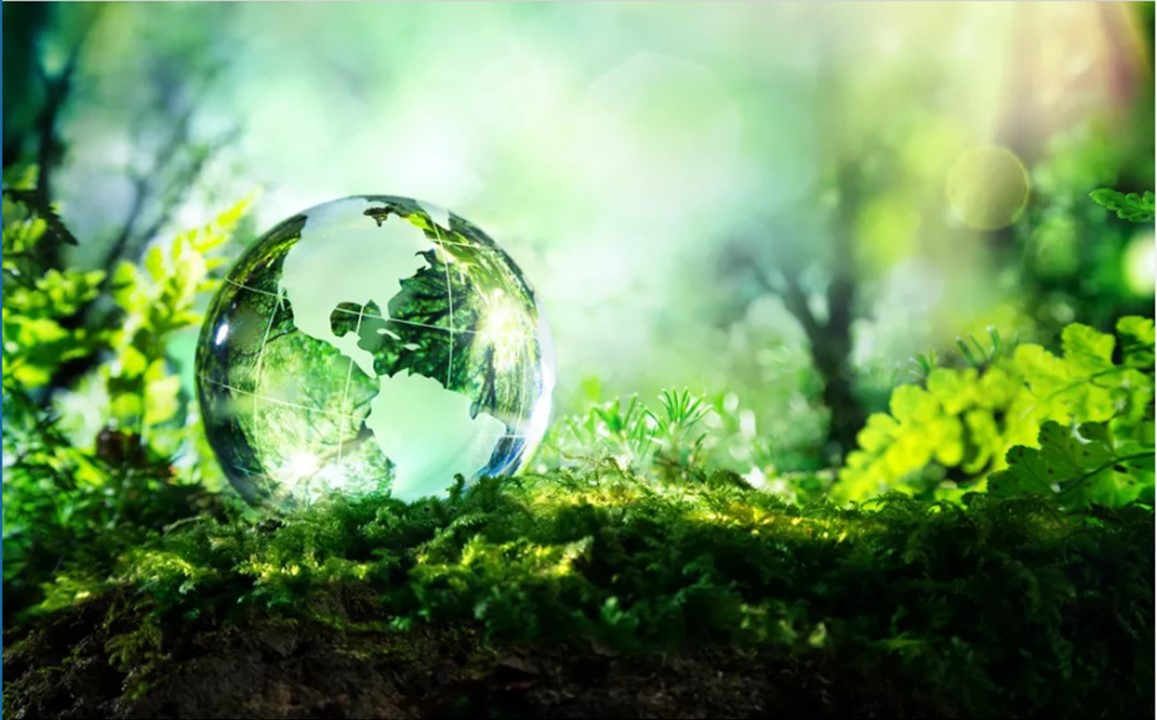 We could shift to sustainability and save $26 trillion. Why aren’t we doing it? The costs of the status quo keep rising; the costs of sustainable alternatives keep declining: $26 trillion by 2030.

That, according to the most authoritative research to date, is the amount of money humanity could save through a global shift to sustainable development.
It’s a lot of money. Before you break your brain trying to imagine it, just pause to make a note that it’s a positive sum (uh, extremely positive), not negative. Net savings, not costs.

That might come as a surprise since decades of conservative and fossil fuel propaganda have made it conventional wisdom that cleaning up our act is expensive — that it costs more than the status quo. It is the argument hauled out against every single pollution regulation.
The argument has always been false on a sufficiently long time scale. Sooner or later, humanity must live sustainably or it won’t go on living — that’s what “sustainable” means. 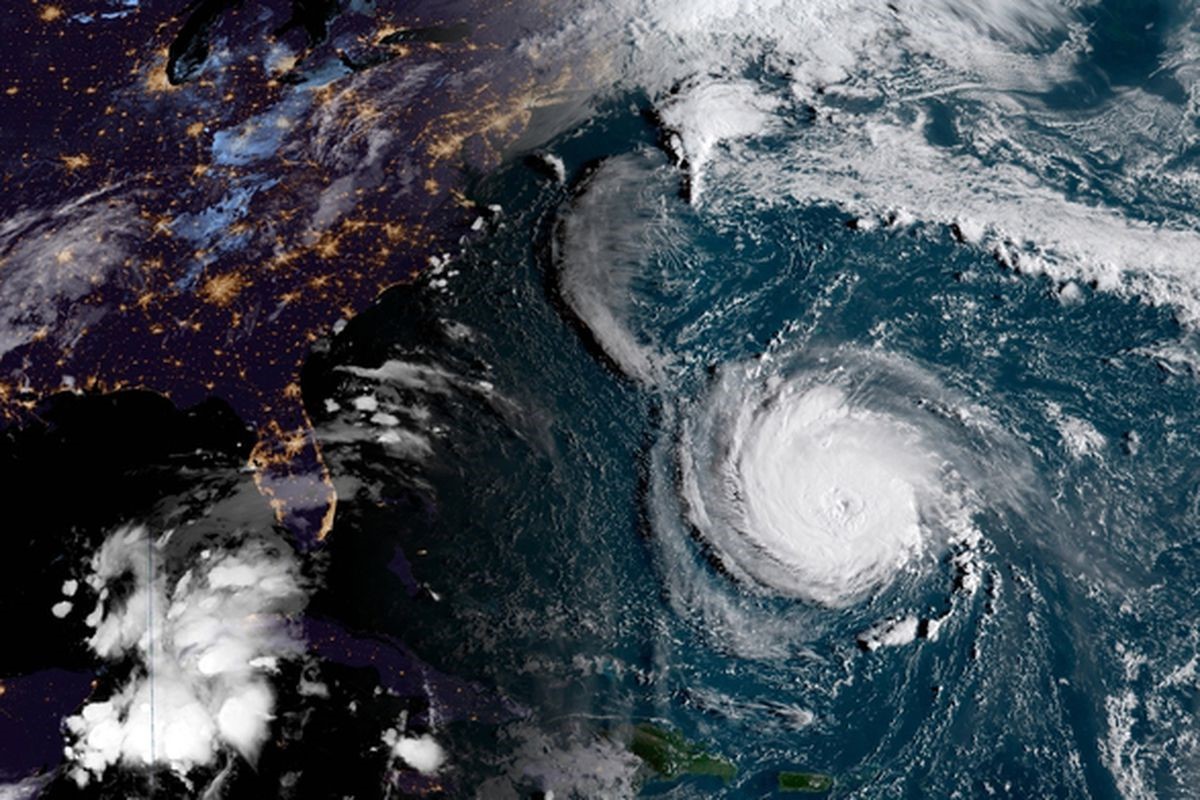 Hurricane Florence has dominated the news this week... with good reason. Expected to make landfall in the Carolinas tomorrow, there are 2 schools of thought on how it could affect electric and natural gas prices.

First, as a result of downed power lines, generation interruption and property damage, considerably less energy would be used than normal. This is termed "demand destruction".

On the other hand,  Appalachian gas producers, pipelines and other midstream companies are bracing for the impact of Hurricane Florence, which could result in the loss of up to 2 Bcf/d in supplies from the region over the next several days, according to Platts Analytics. In Pennsylvania, the 4 major gas-producing reporting areas are within the potential path of Florence, according to Platts. These areas drive US Northeast production, accounting for more than 17 Bcf/d of a total of 29 Bcf/d in the region. That said, we believe that it is unlikely that Florence will significantly affect production in PA. We should see a clearer picture over the weekend.