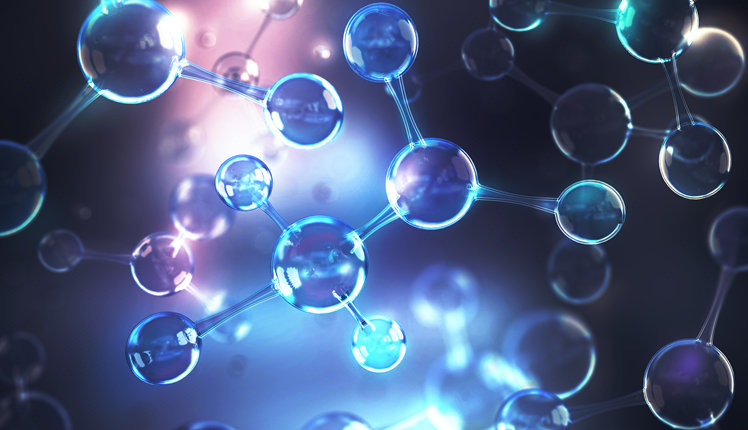 New luminous Legos? A strain of Covid? Nope. The picture above shows Hydrogen atoms. Lately a media darling for energy production, hydrogen has been in the news a lot lately. But is it ready for prime time in energy generation? For more, see "This Week's Takeaway" below.

The weekly EIA Natural Gas Storage Report advised today that there was an injection of 45Bcf into Underground Storage for the week ending 8/21/20.

This is 5Bcf above the forecast of a 40Bcf injection, the average prediction of sector analysts and traders in the Dow Jones Newswires weekly survey. This compares with an injection of 60Bcf last year and a 49Bcf build for the five-year average. Storage is 580Bcf above last year for the same week and  438Bcf above the 5-year average. Working gas in storage stands at  3,420Bcf.

The energy industry has suffered from catastrophic storm surges and winds, as Hurricane Laura cut a dangerous path across the coastlines of Texas and Louisiana, making landfall early today.
Oil and gas producers evacuated platforms and rigs in the Gulf of Mexico and companies shut down refineries in the storm's path. Many had already done so while preparing for Tropical Storm Marco. Utilities face downed power lines and blackouts. Because of this, expect significant demand destruction as well as limited production and distribution. (Read More ...) 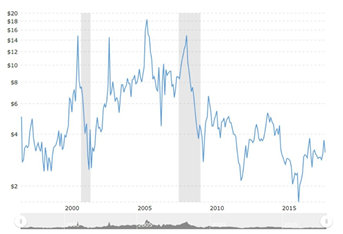 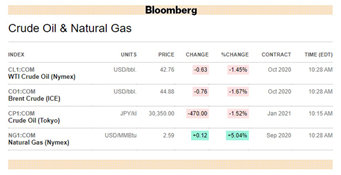 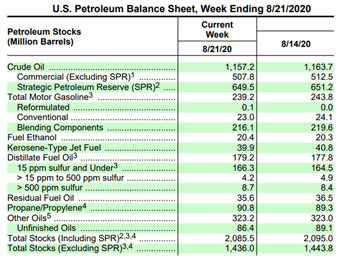 US crude inventories (EIA)  decreased by 4.7 million barrels to 507.8 million for the week ended August 21st, according to data released yesterday morning by the US Dept of Energy. Traders in the Reuters poll expected a decrease of 3.7 million barrels.

According to the Baker Hughes Count, US Rotary Rigs targeting Natural Gas were -1 at 69 for the week ending August 28th and -75 from last year. 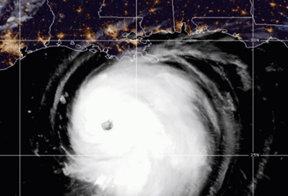 Category 3 hurricane Laura targets U.S. energy infrastructure: HOUSTON (Bloomberg) - Hurricane Laura is poised to strengthen rapidly and come ashore along the Texas-Louisiana coast as a tree-snapping Category 3 storm, forcing residents to flee their homes despite the threat of Covid-19.

Laura’s winds will likely peak at 115 miles (185 kilometers) per hour as it comes ashore early Thursday, the National Hurricane Center said. Laura has disrupted offshore oil and natural gas production, shuttered refineries and export terminals and prompted mandatory evacuations. The storm would be the first major system to hit the Gulf Coast since Michael in 2018.

“Laura will continue to rapidly intensify over the next 24 hours before making landfall,” said Elizabeth Palumbi, a meteorologist with commercial forecaster Maxar. “Models have been inching westward on where exactly Laura will approach, so any location from Corpus Christi to west-central Louisiana is currently at risk.”

Workers board up windows in the French Quarter in anticipation of Hurricane Marco and Tropical storm Laura on August 23, 2020 in New Orleans, Louisiana. The tropical threat has prompted 82% of oil output and 57% of natural gas production in the Gulf of Mexico to be shut, according to the Interior Department’s Bureau of Safety and Environmental Enforcement.

Gulf Coast refineries and petrochemical plants are often located in low-lying areas vulnerable to flooding. In 2017, an Arkema SA chemical plant about 25 miles east of Houston had a fire and explosion after it was flooded by Hurricane Harvey. In September, Exxon shut its Beaumont refinery in Texas because of flooding from Tropical Storm Imelda (Read More ...) 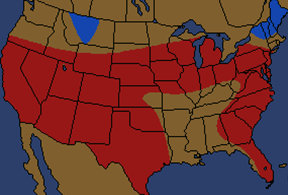 The 6-10 Day Outlook forecasts above-normal temps for the Western and Eastern third of the US and all of the South, with the exception of Florida, which is projected to be at normal temps along with the center of the country.

The 11-15 Day Outlook forecasts above-normal temps for the Western half of the US and the East Coast, with the Exception of Florida, which will be at normal temps, along with the balance of the country.

The 90-Day Outlook predicts normal temps for the entire US, with the exception of Northern New England and part of the Southwest, which are projected to be at above-normal temps.

Severe Weather: Hurricane Laura is now in Northern Louisiana and will head Northeast after entering Arkansas and then out to sea. A dangerous storm surge has resulted in elevated water levels and damaging winds from Sabine Pass, Texas to Port Fourchon, Louisiana. Widespread flash-flooding  will continue across parts of Louisiana, Mississippi, lower Ohio and the Tennessee Valley. Once the storm moves Northeast, flash and urban flooding will spread to the Mid-Atlantic states Friday & Saturday (Read More ...) 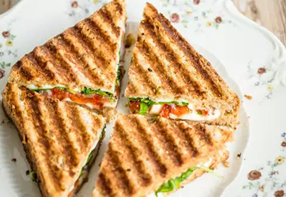 Sandwich structured catalyst can efficiently generate hydrogen energy: Sandwich is the food concocted by the 18th-ceuntry nobles to play card games uninterrupted. Meat or vegetables were layered then tucked between bread to be eaten quickly while engaged in the game. This efficient food also delivered ample calories and nutrition.

The POSTECH research team has discovered that layering like the sandwich is an excellent way to obtain hydrogen energy, an alternative energy source for fossil fuels.

The research team led by Professor In Su Lee, SunWoo Jang, a student in the MS/PhD integrated program, and Dr. Soumen Dutta of the Department of Chemistry at POSTECH have together developed a sandwich structured catalyst that can efficiently generate hydrogen energy by activating water electrolysis.

Hydrogen fuel cells are eco-friendly power-generating devices that generate electricity using chemical reactions that produce water (H2O) from oxygen (O2) and hydrogen (H2). With the recent release of hydrogen-powered vehicles and the spread of hydrogen fuel cells in households, hydrogen is widely seen as the next-generation energy source to replace fossil fuels.

The way water is decomposed and hydrogen is produced using surplus current obtained from solar or wind power is considered the easiest and most eco-friendly way to produce high purity hydrogen fuel in large quantities.

However, this method has a disadvantage of being low in production efficiency and high in cost. In order to lower the unit price of hydrogen fuel produced through water electrolysis, it is necessary to develop highly active and stable electrochemical catalysts that can maximize hydrogen generation efficiency.

Platinum (Pt) has been considered the most suitable catalyst for hydrogen-producing reactions, but its low affinity for water molecules and the resulting slow rate of water electrolysis make it difficult to apply to commercial processes that take place under alkaline electrolyte conditions.

To make up for these limitations, many attempts have been made to combine metal-sulfide with platinum nanoparticles that promote water electrolysis (Read More ...) 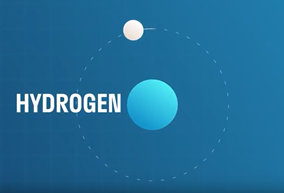 In William Shakespeare’s play, “Romeo and Juliet”, Juliet says, “A rose by any other name would smell as sweet.” What would she think if that rose was grown in chemical sludge instead of dirt? Would she feel the same way?

The world’s top environmentalists talk about a Hydrogen future and decarbonizing the earth. What most people are not aware of is that hydrogen is produced in different ways, two of which are not sustainable. Feeling lost? Hang on.

There are three production techniques that produce hydrogen and that hydrogen is known by three different names, as a result. Grey, Blue and Green.

So, a hydrogen fuel-cell car would not produce any pollution, but the manufacture of the hydrogen itself could be a toxic nightmare. As mentioned above, 95% of the hydrogen produced in the world today is produced by burning petrochemicals. There are many applications that currently use grey hydrogen, such as making ammonia, fertilizers and even oil refining.

Production from water, via electrolysis with sustainable electricity from the sun and wind is the only way to make hydrogen cleanly; i.e., no CO2. Apart from electricity, green hydrogen is the only alternative to using wind and solar energy on a large scale in the future sustainable energy system. Even for sectors that are difficult to carbonize, such as high-temperature industrial processes, heavy transport and aviation, electricity from solar and wind power is not sufficient or feasible, but in many cases green hydrogen could be a good alternative. But for the production of green hydrogen, there are still significant barriers to be overcome.

Many companies are working on electrolysers with a significantly higher power output, a longer life span and lower costs. Currently, it is estimated that green hydrogen will not be produced in sufficient quantities to replace grey and blue until the 2030’s.