The weekly EIA Natural Gas Storage Report advised today that there was an injection of  49Bcf into Underground Storage for the week ending 8/9/19.

This is 5Bcf below the forecast of a 54Bcf injection, the average prediction of sector analysts and traders in the Dow Jones Newswires weekly survey. This compares with an injection of 35Bcf last year and a 49Bcf injection for the five-year average. Storage is 357Bcf above last year for the same week and 111Bcf below the 5-year average. Working gas in storage stands at 2,738Bcf. (Read More ...) 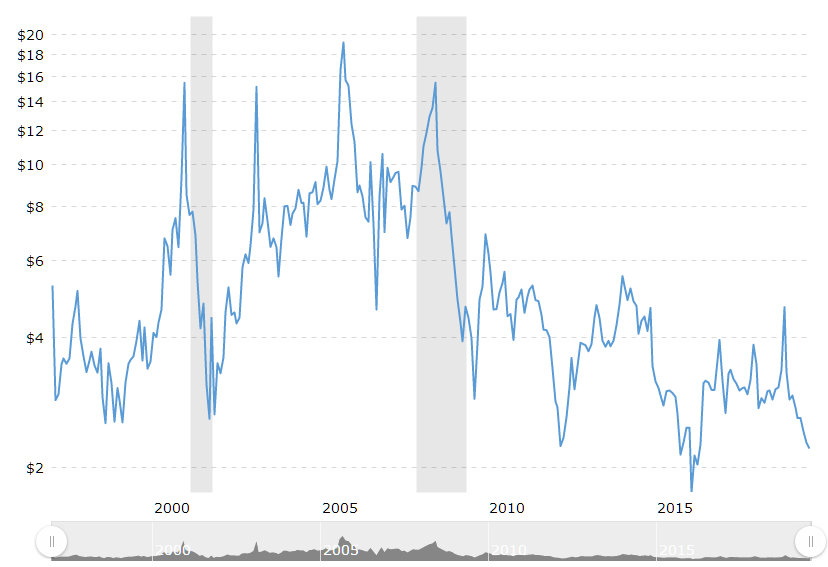 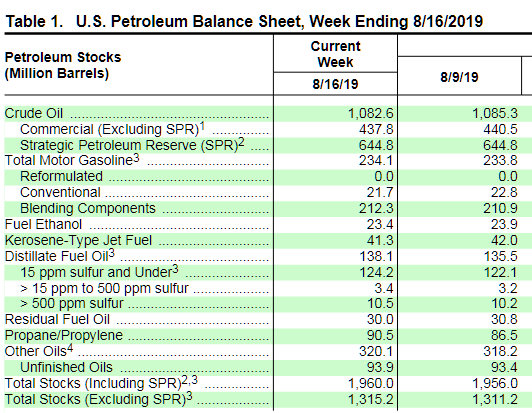 US crude inventories increased by 1.6 million barrels to 440.5 million for the week ended August 9th, according to data released yesterday morning by the US Dept of Energy. Traders in the Reuters poll projected a decrease of 4.0 million barrels. 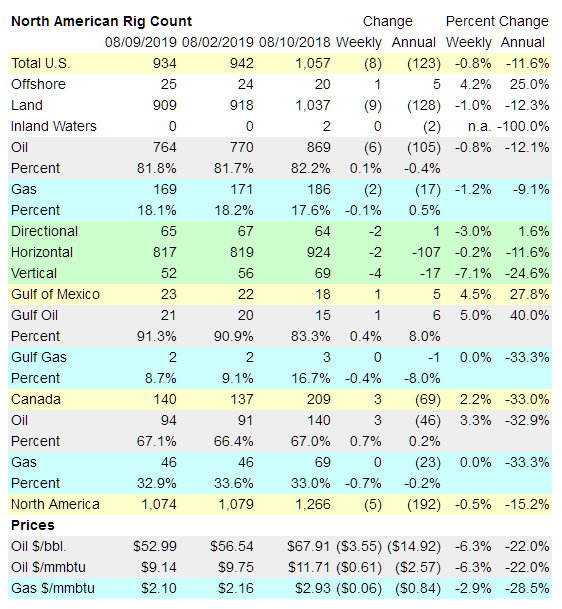 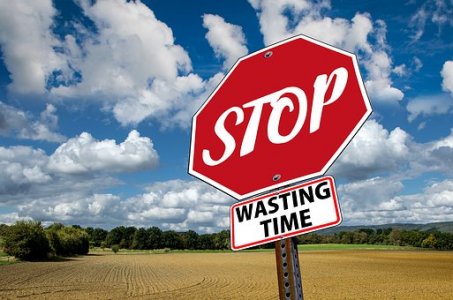 Vocal support from Republicans and Democrats, as well as what had been a predictable federal regulatory process, has driven record-breaking bids from proven energy developers for the right to develop U.S. offshore wind projects.
These bids represent U.S. Treasury revenue totaling more than $472 million (Read More ...)

The AccuWeather 1-5 Day Outlook forecasts above-normal temps for most of the Eastern third of the US, with the exception of Florida, as well as Texas, some of the Southwest and West Coast. The North-Central states are projected to be at  below-normal temps, with normal temps for the balance of the country.

The 6-10 Day Outlook forecasts above-normal temps for the West, South-Central states and the Northeast. The balance of the country will be at normal temps.

The 11-15 Day Outlook forecasts above-normal temps for much of the West, western Texas and the Northeast. The balance of the country will be at normal temps.

The 30-Day Outlook shows above-normal temps for Northwest and the East Coast from Maine to South Carolina, with the balance of the country at normal temps.

Severe Weather: There is a severe heat advisory for much of southern California, Nevada and Arizona. Also, Southwest Florida is under a flood watch. Additionally, some areas of Texas could reach as high as 110 degrees today. Fortunately, very little of Texas is under Severe Drought. 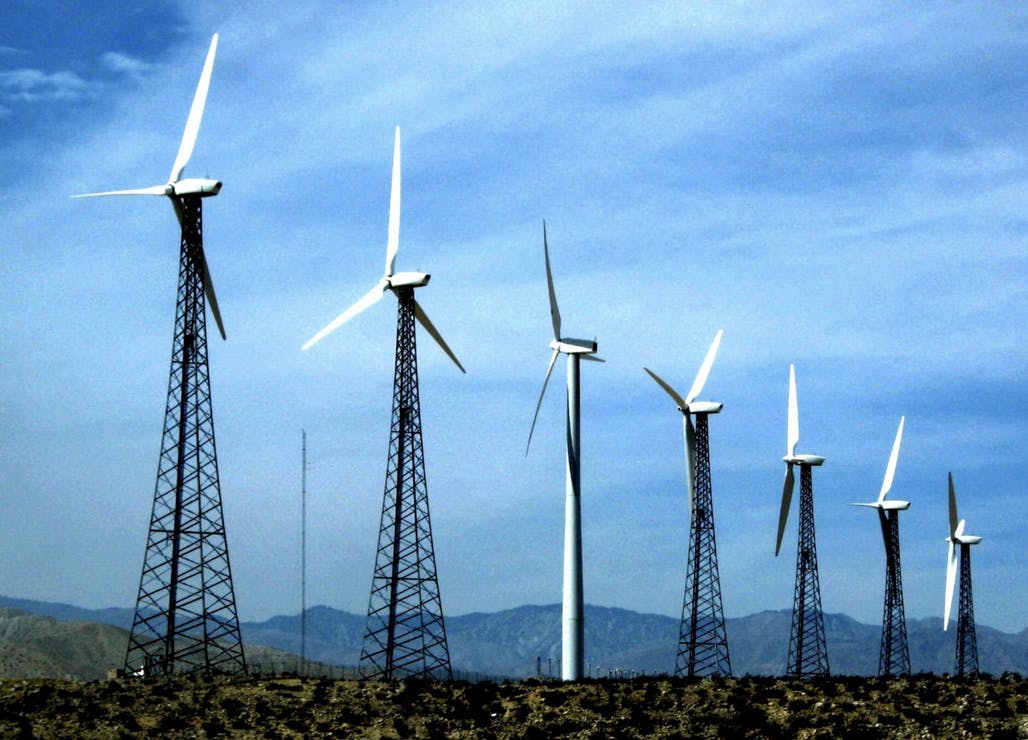 Compressed air energy storage has been used for decades, but only at two facilities in Germany and Alabama, built before solar and wind started creating challenges for power grid operators.

“This is a pretty simple concept,” said Bobby Bailie, director of business development for energy storage at the German industrial firm Siemens. “You’re pushing air into a cavern, storing that energy. And at times when you need it, you pull it back out.” — The Los Angeles Times

The Los Angeles Times digs into a new-old approach for storing energy in compressed air deposits deep underground. The compressed air, generated with the help of solar or wind energy, is held deep below the surface of the earth until needed, creating a giant, high-pressure battery.

When the energy is required, say on a cloudy day when solar generation might dip, the compressed air is used to turn a second set of turbines that recaptures the air’s energy, thus converting the air into electricity (Read More ...) 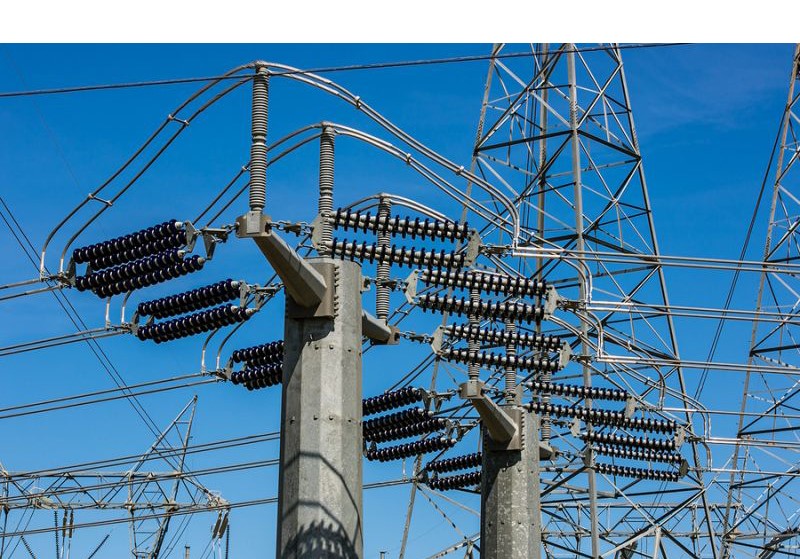 It may be time to start building power plants in Texas again. The state’s generators made a fortune this week as unrelenting heat sent electricity prices to unprecedented levels, briefly blowing past a $9,000 a megawatt-hour ceiling. That put producers more than three-quarters of the way toward profits that the state’s power market monitor says could touch off a power plant build-out. And the region’s only halfway into the cooling season.

“We need these kinds of days” to demonstrate that the state is ripe for new plants, Scott Burger, a energy research fellow at MIT, said in an interview.

An expansion would make for a dramatic turnaround in Texas and stand in stark contrast to the glut of generation nationwide. The U.S. has become so awash in cheap natural gas and renewable power resources in recent years that electricity prices have, in some places, plunged below zero. This supply excess has forced massive, aging coal-fired power plants to retire, leaving a void that wind farms were expected to more than make up for in Texas. However, the state had 3 gas-fueled projects and five wind projects canceled in 2018 and another 2,485 megawatts of gas, wind and solar projects were delayed. On Tuesday, reserves of electricity dropped to 3%.