The picture above shows a combined wind and solar farm. Both technologies are growing quickly. In 2019, renewable energy counted for approximately 17% of US energy production. For more information, see "Geopolitical' below.

The weekly EIA Natural Gas Storage Report advised today that there was an injection of 58Bcf into Underground Storage for the week ending 8/7/20.

This is 3Bcf above the forecast of a 55Bcf injection, the average prediction of sector analysts and traders in the Dow Jones Newswires weekly survey. This compares with an injection of 51Bcf last year and a 44Bcf build for the five-year average. Storage is 608Bcf above last year for the same week and  443Bcf above the 5-year average. Working gas in storage stands at  3,332Bcf.
(Read More ...) 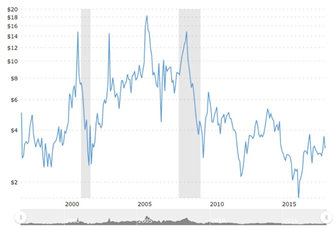 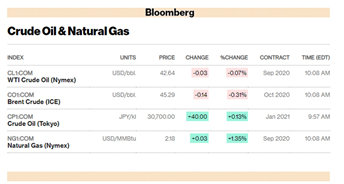 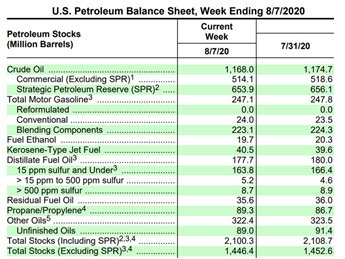 US crude inventories (EIA)  decreased by 4.5 million barrels to 514.1 million for the week ended August 7th, according to data released yesterday morning by the US Dept of Energy. Traders in the Reuters poll expected a decrease of 2.9 million barrels. 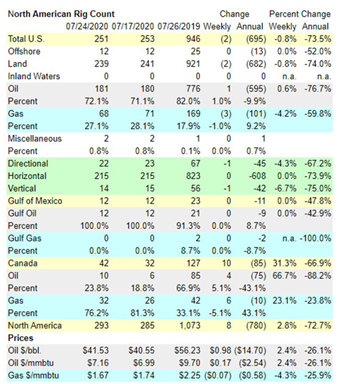 According to the Baker Hughes Count, US Rotary Rigs targeting Natural Gas were unchanged at 69 for the week ending August 7th and -100 from last year. 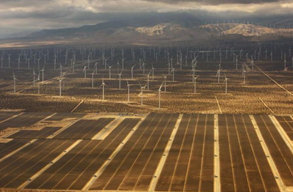 A study by Stanford scholar Mark Z. Jacobson and a team of researchers at both Stanford University and the University of California at Berkley in 2015 created a road map for a 100% renewable future. Ambitious? Sure. Unlikely? Perhaps.

Skeptics shot it down, optimists pointed to it for inspiration. Since 2015, it’s been basically debunked. (It made deep assumptions about the hydroelectric availability that’s even technically achievable in the U.S.) But this study brought a 100% renewable future to the forefront, and it made a point to say that it wasn’t just possible, it was affordable.

According to the study’s analysis, 80% to 85% of our energy demand can be supplied from wind, water, and solar by as early as 2030. The remaining 15% to 20% would take another 20 years — as long as everything goes right — which is probably the best-case scenario as it stands now. This included a rapid uptake of electrifying everything — vehicles, aircrafts, rail and bus transport, and all appliances — not to mention one of the most coordinated efforts of government action probably ever. To say it’s ambitious is probably an understatement.

But, despite all of these assumptions, one thing remained. The first 80% appears to be the easy part, and it’s one thing most engineers, scientists, and researchers agree on — skeptics and optimists alike. So, let’s see what it takes to get there first. To begin producing more (Read More ...) 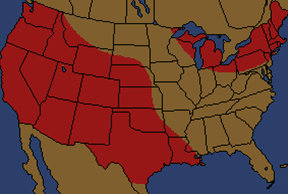 The AccuWeather 1-5 Day Outlook forecasts above-normal temps for Northeast, the Great Lakes area and almost all of the Western half of the US. The balance of the country is projected to be at normal temps.

The 11-15 Day Outlook forecasts above-normal temps for the Western half of the US, the Great Lakes area and the Northeast. The balance of the country is projected to be at normal temps.

The 30-Day Outlook forecasts above-normal temps for the Western third of the US, the Great Lakes area and the Northeast. The balance of the country is projected to be at normal temps.

The 90-Day Outlook shows above-normal temps for the Northeast quarter of the US, the Great Lakes area and much of the Western states, with the exception of the West Coast and Northern-most states. The balance of the country is projected to be at normal temps.

Severe Weather: A warm and humid air mass will be in place across the Dakotas, Nebraska and Minnesota on Thursday. Showers and thunderstorms are likely to develop. The main risk of severe weather in cities such as  Minneapolis  and  Duluth, Minnesota, should  be hail, local flash flooding and damaging wind.  Storms should congeal into a line overnight Friday night, when heavy rain and damaging winds will be the primary hazards. The National Hurricane Center shows no threatening storms in the Atlantic (Read More ...) 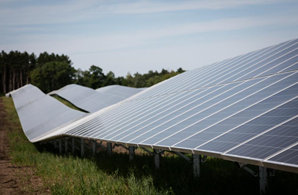 Battery Storage Is Delivering Value For Solar Developers And Energy Consumers. But What About Cost? COVID-19 has led to lock-downs. That, in turn, has led to less energy use, creating an opportunity for renewables to shine. They are becoming the lowest-cost energy source on sunny days, although during the evening when electricity demand is high, power prices are spiking.
But there is a fix: utilities and onsite generators are using energy storage to harness the electricity during the day and release those electrons at night. Those batteries not only can limit the price spikes but they can also add value to solar farms. The twin goals are to increase renewable power usage and to provide electricity during peak demand. But the main obstacle is the high price of storage. The options?

“If low electricity prices remain, what will it mean for future the grid and the electricity market?” asks Matt Harper, chief commercial officer for Invinity Energy Systems that makes “flow batteries.” “Battery storage can take advantage of abundant and low-cost power: it consumes excess power during the day and redeploys that electricity during the peak periods when conventional power generation would be turned on.”

Harper explains that “flow batteries” are different from “lithium-ion batteries.” The former provides long-term storage that can deliver power for up to 15-hours while the latter supplies electricity for shorter periods of four-hours or less. The better performance, he adds, means that renewables have more leverage in the market — something that will eventually mean that power can be stored in the summer and used in the winter.

At the same time, he says that “flow batteries” are positioned between short-term “lithium-ion” batteries and long-term hydrogen tanks. Hydrogen storage, he adds, has limitations because of the fuel’s efficiency rate, which is about 50% — the ability to take a unit of energy input and convert it to electricity. In comparison, he says that the efficiency rate for battery storage is between 70-90% (Read More ...) 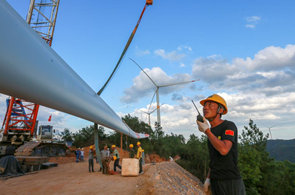 Plummeting Renewable Energy, Battery Prices Mean China Could Hit 62% Clean Power and Cut Costs 11% By 2030. If they can do it, why can’t we?

China is the world’s largest greenhouse gas emitter, and is building the most power plants of any country in the world, making its decarbonization paramount to preventing dangerous climate change. But the costs of wind, solar, and energy storage have fallen so fast that building clean power is now cheaper than building fossil fuels – a lot cheaper.

New research shows plummeting clean energy prices mean China could reliably run its grids on at least 62% non-fossil electricity generation by 2030, while cutting costs 11% compared to a business-as-usual approach. Once again, it’s cheaper to save the climate than destroy it.

COVID-19 sparked a global emissions drop—China’s tumbled by an estimated 25% in the first quarter of 2020. But without decisive action to transform the country’s energy system, the pandemic could be a blip in China’s long-term rising emissions trend. May data showed a rapid rebound driven by coal power and cement production, with emissions up 4% to 5% year over year.

The economic recovery choices China makes today could either improve or worsen its air and water quality. While the Ministry of Ecology and Environment recently affirmed the country’s climate commitment, which promises to peak emissions and reach 20% non-fossil electricity generation by 2030, its coronavirus recovery effort could lean heavily on polluting sources as China approved more coal permits in March 2020 than all of last year. While plummeting prices for wind, solar, and energy storage make this clean energy transition possible for China, they have some work to do to make it so.