The weekly EIA Natural Gas Storage Report advised today that there was an injection of  55Bcf into Underground Storage for the week ending 8/2/19.

This is even with the forecast of a 55Bcf injection, the average prediction of sector analysts and traders in the Dow Jones Newswires weekly survey. This compares with an injection of 46Bcf last year and a 43Bcf injection for the five-year average. Storage is 343Bcf above last year for the same week and 111Bcf below the 5-year average. Working gas in storage stands at 2,689Bcf. (Read More ...) 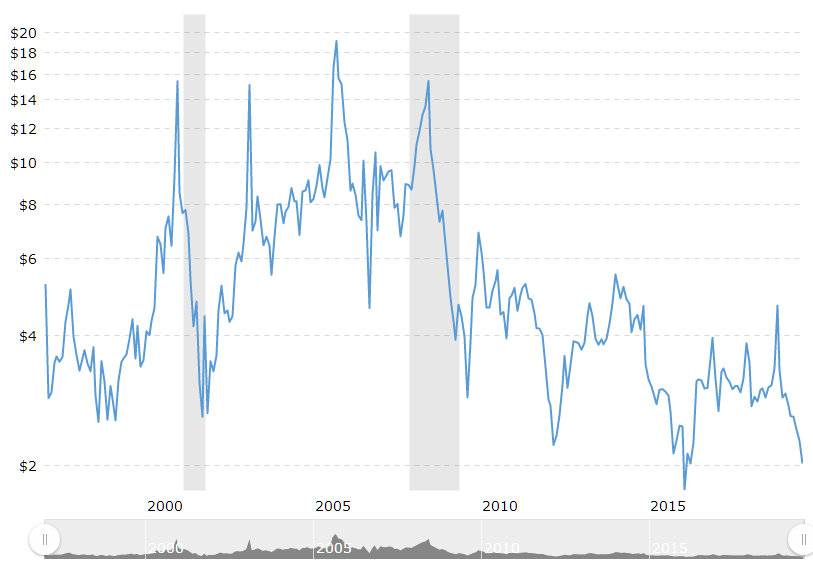 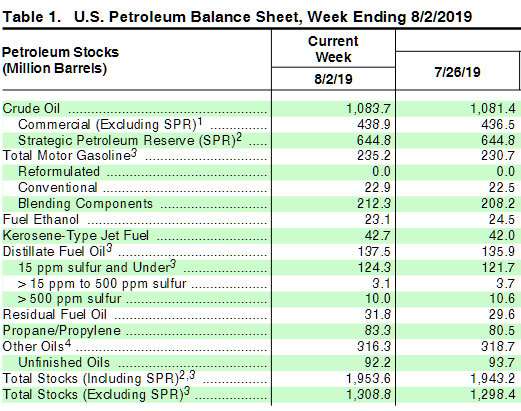 US crude inventories increased by 2.4 million barrels to 438.9 million for the week ended August 2nd, according to data released yesterday morning by the US Dept of Energy. Traders in the Reuters poll projected a decrease of 2.8 million barrels. 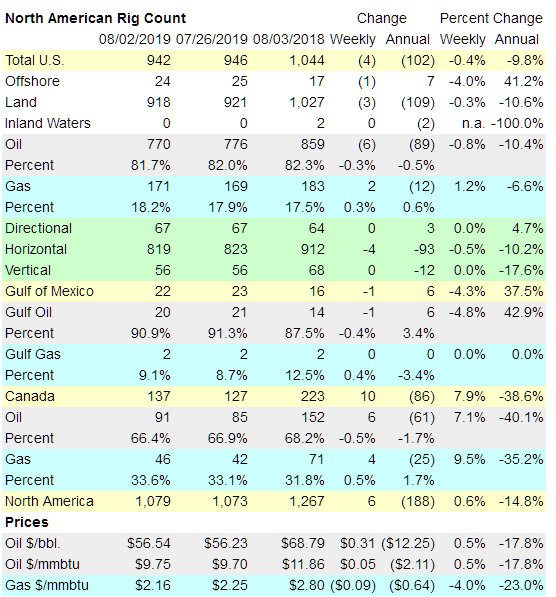 According to the Baker Hughes Count, US Rotary Rigs targeting Natural Gas were +2 at 171 for the week ending August 2nd and -12 from last year. Rigs targeting Crude were -6 at 770. There are 89 fewer rigs targeting oil than last year. US Rigs drilling for oil remain at 82% of all drilling activity. 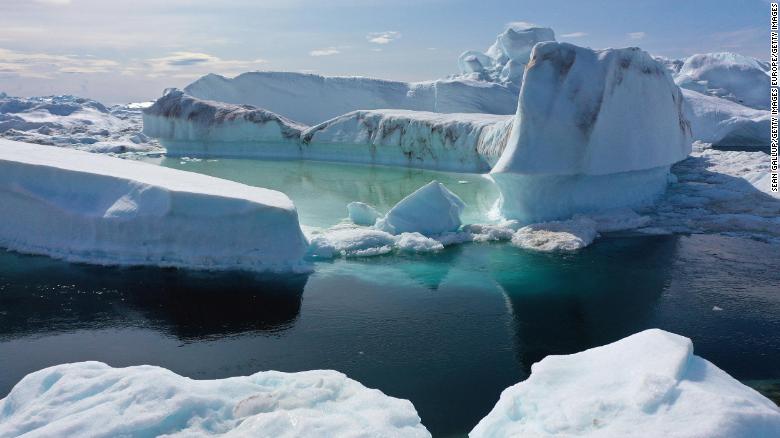 July Confirmed as the Hottest Month Ever Recorded: (CNN) July 2019 has replaced July 2016 as the hottest month on record, with meteorologists saying that global temperatures marginally exceeded the previous record.

The European Union's Copernicus Climate Change Programme, which analyzes temperature data from around the planet, said that July was around 0.56 °C warmer than the global average temperature between 1981-2010. That's slightly hotter than July 2016, when the world was in the throes of one of the strongest El Niño events on record.

El Niño events are characterized by warming of the ocean waters in the Pacific Ocean and have a pronounced warming effect on the Earth's average temperature. Though there was a weak El Niño in place during the first part of 2019, it is transitioning to a more neutral phase, making the extreme July temperatures even more alarming.

Jean-Noël Thépaut, head of the Copernicus program, said: "While July is usually the warmest month of the year for the globe, according to our data it also was the warmest month recorded globally by a very small margin."

"With continued greenhouse gas emissions and the resulting impact on global temperatures, records will continue to be broken in the future," he added. According to Copernicus, 2015 through 2018 have been the four warmest years on record. April, May and July this year all ranked among the warmest on record for those months, and this June was the hottest ever (Read More ...)

The AccuWeather 1-5 Day Outlook forecasts above-normal temps for most of the deep South of the US from New Mexico to North Carolina, with the exception of Florida, which will be at normal temps. The North-Central states are projected to be at  below-normal temps, with normal temps for the balance of the country.

The 11-15 Day Outlook forecasts the Southwest and the Great Lakes area at above-normal temps, the North-Central states at below-normal temps, and the balance of the country at normal temps.

The 30-Day Outlook shows above-normal temps for much of the Western US, with the balance of the country at normal temps.

Severe Weather: Rain is predicted for much of the US through Saturday, with severe thunderstorms and flooding in the Northeast. Beginning Sunday, there is very little precipitation predicted.

In Texas, San Antonio has only had one day with 100-degree temperatures so far this year. Dallas recorded its second 100-degree day yesterday. It is more typical for Dallas to have hit the century mark at least 8 or 9 times by early August. High temps are forecast to reach or exceed the 100-degree mark each day through Monday in these cities. 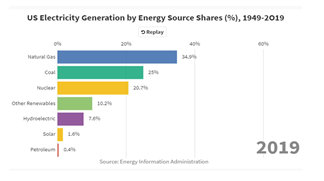 US Electricity Generation by %, 1949-2019: Here’s a new animated “bar chart race” visualization using the online Flourish software, this one showing US electricity generation by energy source shares from 1949 to 2019 (through April) based on data from the Energy Information Administration (EIA). Here are few observations: 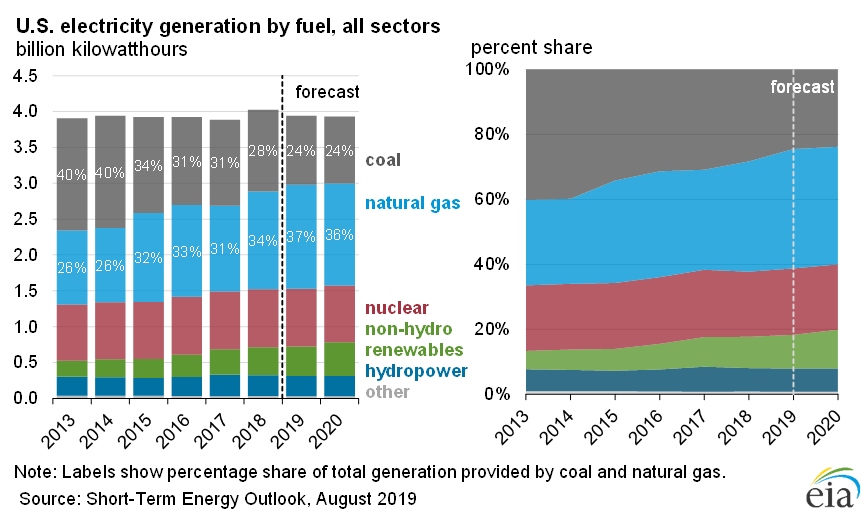 The EIA forecasts that all renewable fuels, including wind, solar, and hydropower, will collectively produce 18% of U.S. electricity in 2019 and 19% in 2020. The Agency expects that annual generation from wind will surpass hydropower generation for the first time in 2019 to become the leading source of renewable electricity generation and maintain that position in 2020.