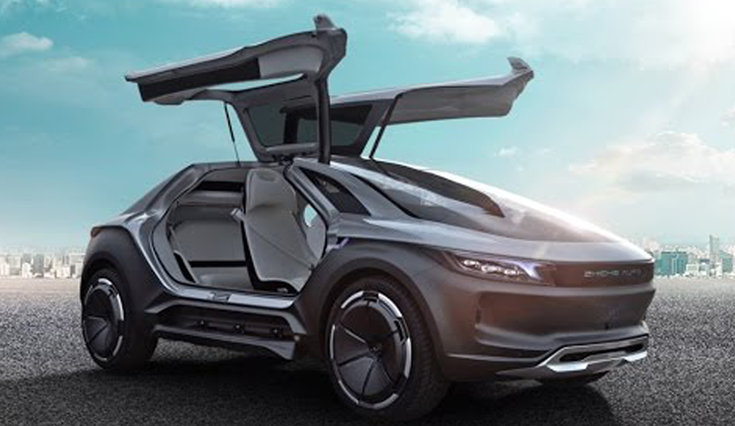 The picture above shows a an electric car, developed by Chinese company, Singulato. Chinese electric cars have been getting excellent reviews over the past few years and one automaker, Kandi will bring it's $13,000 auto to the US this year. For more information, see "This Week's TakeAway" below.

The weekly EIA Natural Gas Storage Report advised today that there was an injection of 33Bcf into Underground Storage for the week ending 7/31/20.

This is 5Bcf above the forecast of a 28Bcf injection, the average prediction of sector analysts and traders in the Dow Jones Newswires weekly survey. This compares with an injection of 58Bcf last year and a 33Bcf build for the five-year average. Storage is 601Bcf above last year for the same week and  429Bcf above the 5-year average. Working gas in storage stands at  3,274Bcf.  Annual storage "surplus" is projected to shrink by 146Bcf by September 4. (Read More ...) 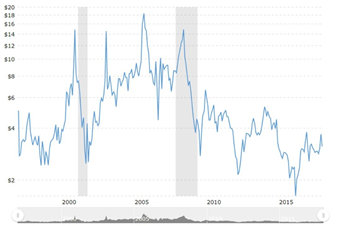 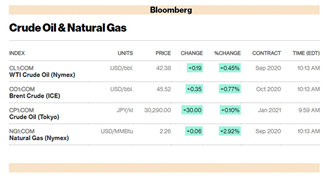 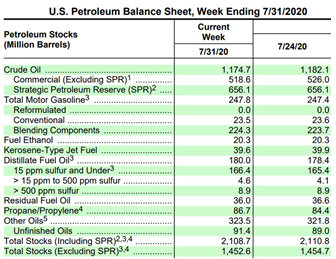 US crude inventories (EIA)  decreased by 7.4 million barrels to 518.6 million for the week ended July 31st, according to data released yesterday morning by the US Dept of Energy. Traders in the Reuters poll expected a decrease of 3.0 million barrels. 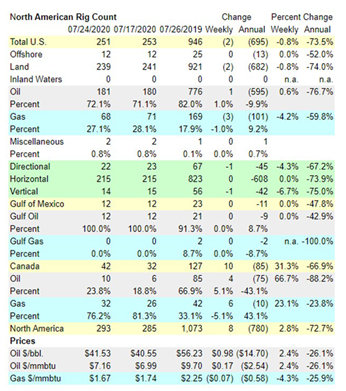 According to the Baker Hughes Count, US Rotary Rigs targeting Natural Gas were +1 at 69 for the week ending July 31st and -102 from last year.

Rigs targeting Crude were -1 at 180. There are 590 fewer rigs targeting oil than last year. Canadian Rigs were +3 to 45 and -80 from last year. US Rigs drilling for oil remain at 72% of all drilling activity. 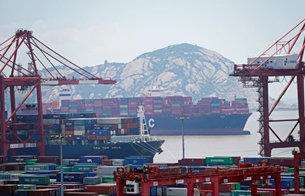 BEIJING/SINGAPORE (Reuters) - China bought only 5% of the targeted $25.3 billion in energy products from the United States in the first half of 2020, falling well short of its trade deal commitments at a time when relations between the two top economies are already sour.

China’s imports of crude oil, liquefied natural gas (LNG), metallurgical coal and other energy products totaled around $1.29 billion this year through June, according to Reuters calculations based on China customs data.

“China is unlikely to fulfil its Phase 1 commitments as they were overly ambitious to begin with,” said Michal Meidan, a director at the Oxford Institute for Energy Studies, adding she expected Beijing to step up purchases to show goodwill.

U.S. crude oil had been expected to feature prominently in China’s Phase 1 purchases. But a surge in freight rates coupled with a collapse in fuel demand, as the coronavirus spread, made U.S. imports relatively costly for refiners in China.

Sushant Gupta, research director at consultancy firm Wood Mackenzie, said that to meet the trade deal target, China would need to import 1.5 million bpd of U.S. crude in 2020 and 2021, revising that estimate up from nearly 1 million bpd previously as low oil prices reduced the value of crude purchases (Read More ...) 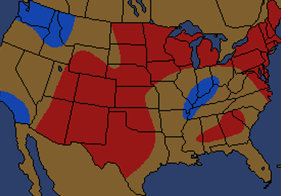 The AccuWeather 1-5 Day Outlook forecasts above-normal temps for Northeast and Central US. Below-normal temps are predicted for the Northwest and Southern California. The balance of the country is projected to be at normal temps.

The 6-10 Day Outlook forecasts above-normal temps for the Northeast and most of the Western half of the US with the exception of the Northwest and California, which are projected to be at normal temps, along with the balance of the country.

The 11-15 Day Outlook forecasts above-normal temps for the entire country, with the exception of Washington state and the Southwest quarter of the US, which are projected to be at normal temps.

The 30-Day Outlook shows above-normal temps for the Northern third of the US and the Western half, with the exception of the West Coast, which is projected to be at normal temps, along with the Southeast.

The 90-Day Outlook shows above-normal temps for the Northeast quarter of the US and much of the Western states, with the exception of the West Coast and Southern-most states. The balance of the country is projected to be at normal temps.

Severe Weather: A broad area of mainly isolated severe storms is expected this afternoon and evening from Montana to the southern Great Plains. Localized damaging winds should also occur across parts of the Southeast. Damaging gusts and hail will be the main hazards possible with these storms during the afternoon into the nighttime hours. The entire East Coast shows rain with heavy storms in the North-Central US. The National Hurricane Center shows no storms in the Atlantic (Read More ...) 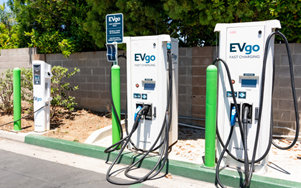 GM will help EVgo install 2,700 EV fast chargers across the US. In five years, EVgo will have more than 3,500 stations in its network. The logic is pretty simple: the more fast chargers there are for electric vehicles, the easier it’ll be for people to find one. And the less painless it is to locate a fast charger, the more likely people are to buy an EV in the first place. At least, that’s what  General Motors has in mind with its latest initiative. It’s helping EVgo to expand its network of fast chargers in the US.

The companies plan to install more than 2,700 EV charging plugs over the next five years. That will triple the size of EVgo’s fast charging network, which is already the largest public one in the country, GM said in a press release. EVgo currently has more than 800 fast charging locations, so by the time this expansion’s done, it’ll have more than 3,500.

The new charging stations will be installed in cities and suburbs, and you’ll be able to use them starting early next year. You’ll find them near the likes of grocery stores, retail outlets and entertainment complexes, with the idea that you can charge your EV while you run errands or have fun. Most stations will be able to charge four vehicles at once, and they’ll have 100-350-kilowatt charging capabilities which, according to GM, will “meet the needs of an increasingly powerful set of EVs coming to market.”

GM is hoping this approach of installing stations in easily accessible locations will make EVs a more viable option for people who don’t otherwise have easy access to charging stations. Those include folks who can’t install chargers in their rented homes or who don’t have stations close to their workplace.

“We are moving quickly to bring new EVs to market that customers will love,” GM chairman and CEO Mary Barra said. “We know how important the charging ecosystem is for drivers, one that includes access to convenient and reliable public fast charging. Our relationship with EVgo will bolster the public fast charging network available to EV customers ahead of increased market demand and reinforce our commitment to an all-electric, zero-emissions future.”

GM has a number of EVs on the way, including electric truck and SUV versions of the Hummer. The company has also said that by 2030, most if not all Cadillacs it makes will be EVs
(Read More ...) 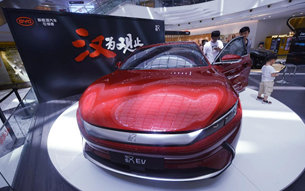 Chinese Electric Cars Will Take Over The World – If We Let Them: A few years ago, the cars coming out of China were the object of derision. They were either obvious copies of popular Western models, or they were utterly ridiculous. The Land Wind X7 was the spitting image of a Range Rover Evoque, the CH Auto Lithia Sports bore an uncanny resemblance to the Audi R8, and the rather lengthily named Dongfeng EQ2050 Brave Soldier could easily have been mistaken for an American military Humvee. On the other hand, the Li Shi Guang Ming The Book Of Songs didn’t just have a silly name; its looks were so bizarre even a cartoon character would have been embarrassed to drive one.

But times have changed, and as with most other areas of technology, China has caught up with the West’s automotive design abilities and even overtaken, with one area of particular note: electric vehicles. By 2019, there were already 2.58 million battery electric vehicles (BEVs) in China, compared to just 0.97 million in Europe, and 0.88 million in the USA, according to the International Energy Agency. China also has more home and work chargers than any other part of the world, more public slow chargers than the rest of the world put together, and 82% of the global fast charger installations.

Security controversies aside, China is now producing some really cutting-edge electronic products that are local designs and compete well with those from other manufacturers on features and quality, such as the Huawei P40 Pro smartphone. So, it’s no surprise that China is also starting to deliver EVs that show real promise. Take the Xpeng P7, for example. This looks like an affordable Tesla Model 3 alternative. The P7 boasts 0-62mph acceleration in just 4.3 seconds and a NEDC driving range of up to 440 miles. It even looks quite nice, and some versions have NVIDIA’s Drive AGX Xavier autonomous driving platform built in. Yet it’s expected to cost a mere $36,000.

BYD Auto, which is 25% owned by Berkshire Hathaway, produces lots of different electric vehicles but the one receiving the most interest currently is the Han, a luxury sedan. The long-range version has a Tesla Model S-rivalling 376-mile range while the high-performance option can hit 62mph in 3.9 seconds – not as fast as a Model S Performance but still high. Prices will range from $32,800-$40,000. BYD has an electric car partnership with Toyota. But it’s already selling EVs in the US, including the e6 MPV for fleets, an electric bus, and an electric garbage truck in service in California.