The weekly EIA Natural Gas Storage Report advised today that there was an injection of  65Bcf into Underground Storage for the week ending 7/26/19.

This is 7Bcf above the median forecast of a 58Bcf injection, the average prediction of sector analysts and traders in the Dow Jones Newswires weekly survey. This compares with an injection of 35Bcf last year and a 37Bcf injection for the five-year average. Storage is 334Bcf above last year for the same week and 123Bcf below the 5-year average. Working gas in storage stands at 2,634Bcf. (Read More ...) 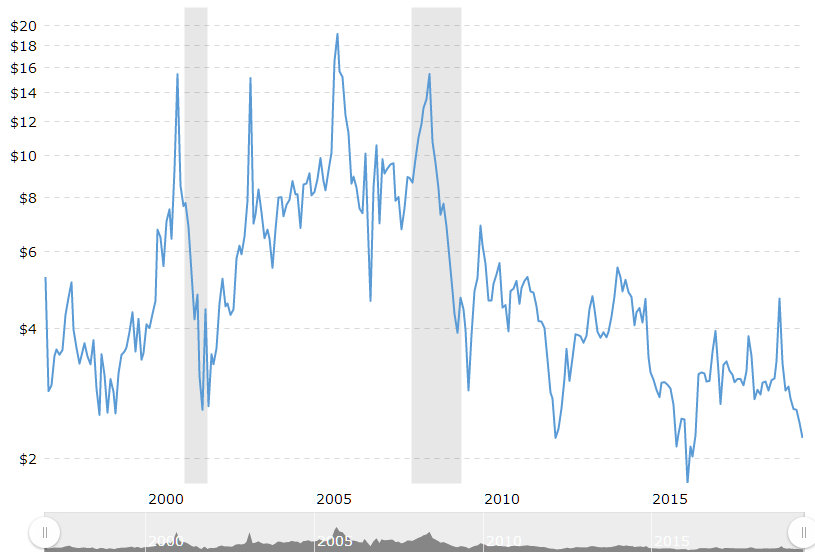 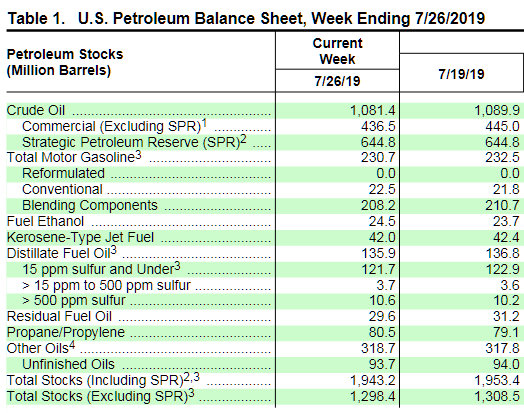 US crude inventories decreased by 8.5 million barrels to 436.5 million for the week ended July 26th, according to data released yesterday morning by the US Dept of Energy. Traders in the Reuters poll projected a decrease of 2.6 million barrels. 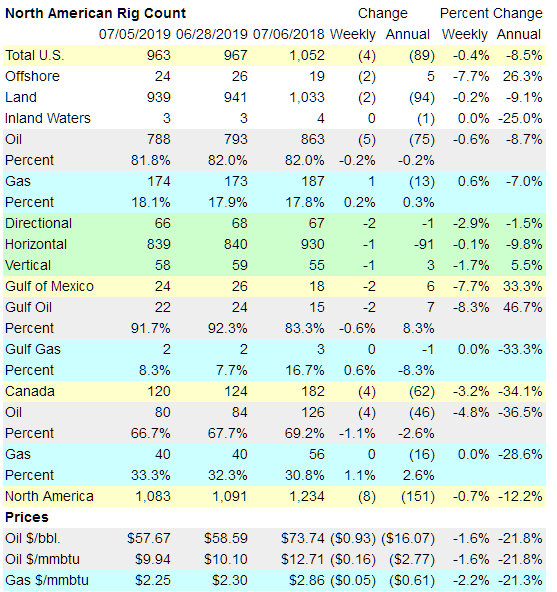 According to the Baker Hughes Count, US Rotary Rigs targeting Natural Gas were -5 at 169 for the week ending July 26th and -17 from last year. Rigs targeting Crude were -3 at 776. There are 85 fewer rigs targeting oil than last year. US Rigs drilling for oil are 82% of all drilling activity. 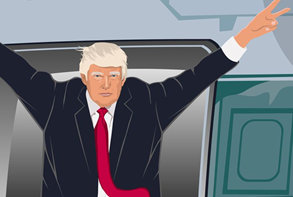 A War with Iran Would Wreck the American Energy Market: The Trump administration needs to do some serious soul-searching as it relates to how it thinks about energy as a whole.

Reading Ilan Goldenberg recently described for Foreign Affairs what a war with Iran would look like. His analysis was informative, vivid and harrowing. But while his attention was focused primarily on the Middle Eastern theatre, I was wondering how such a skirmish would play out here in the United States.

Specifically, how it would look for Americans at the gas pump. Goldenberg writes that even isolated, small-scale missile attacks or cyberattacks could drive oil prices to a now-unthinkable $150 a barrel, which is nearly $100 more than West Texas Intermediate (WTI) crude futures are currently trading.

While the U.S.-China trade war, a slowing global economy, and a massive surge in American production, has thus far kept prices in check (benchmarks are down twenty percent since April), markets are demonstrating their acute sensitivity to heightened tensions in the Middle East. After the attacks on oil tankers in the Strait of Hormuz last week, crude futures jumped more than four percent. After the Islamic Revolutionary Guard Corps (IRGC) shot down a U.S. military drone on Thursday, prices spiked 6 percent. On top of that, the Organization of Petroleum Exporting Countries and its partners (collectively referred to (Read More ...)

The 30-Day Outlook shows above-normal temps for the Northeast to North Carolina and a small part of the Northwest, with the balance of the country at normal temps.

The 90-Day Outlook shows above-normal temps for the Northwest and the Eastern third of the nation, with the balance of the country at normal temps.

Severe Weather: A line of thunder storms rolled through the Northeast, downing power lines and causing significant flooding. A microburst with high winds caused a brief stoppage of flights at Logan Airport in Boston. There is little precipitation forecast for the country for the next 7 days but temperatures will remain in the 90's through much of the US. 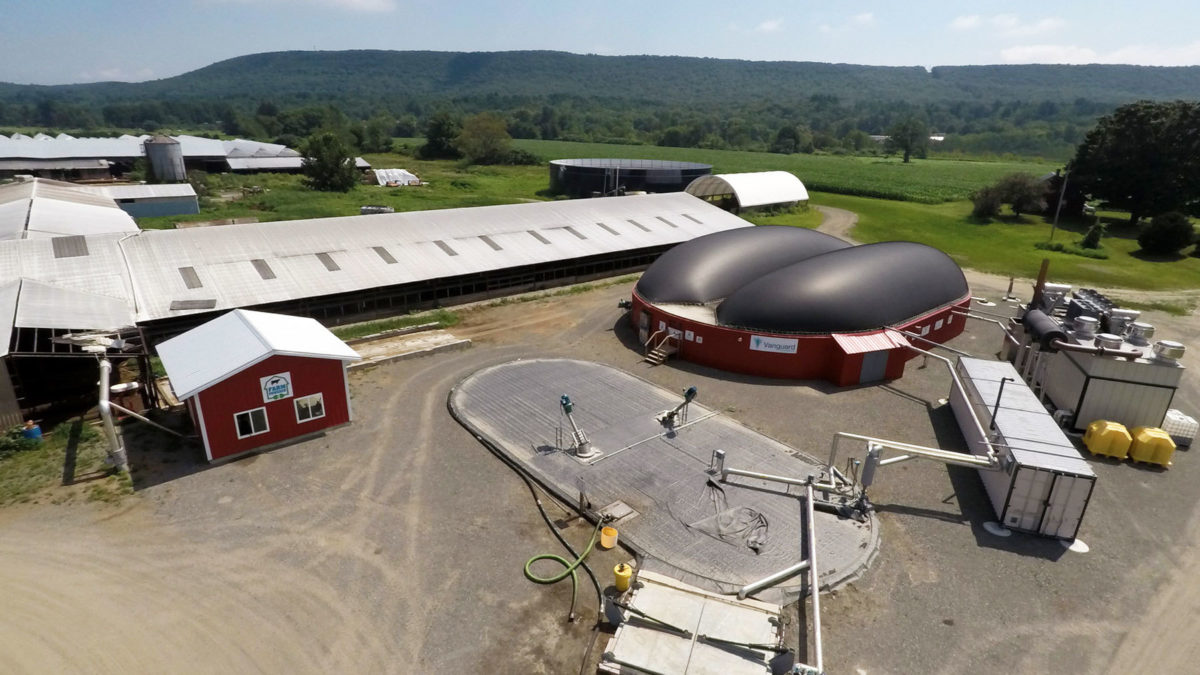 Could Renewable Natural Gas Be the Next Big Thing in Green Energy? For decades, small-scale biogas systems have collected methane from landfills, sewage plants, and farms. Now, in Europe and the U.S., the growth of this renewable form of natural gas is taking off as businesses capture large amounts of methane from manure, food waste, and other sources.

In the next few weeks, construction crews will begin building an anaerobic digester on the Goodrich Family Farm in western Vermont that will transform cow manure and locally sourced food waste into renewable natural gas (RNG), to be sent via pipeline to nearby Middlebury College and other customers willing to pay a premium for low-carbon energy.

For the developer, Vanguard Renewables, the project represents both a departure and a strategic bet. The firm already owns and operates five farm-based biogas systems in Massachusetts; each generates electricity on site that is sent to the grid and sold under the state’s net-metering law (Read More ...) 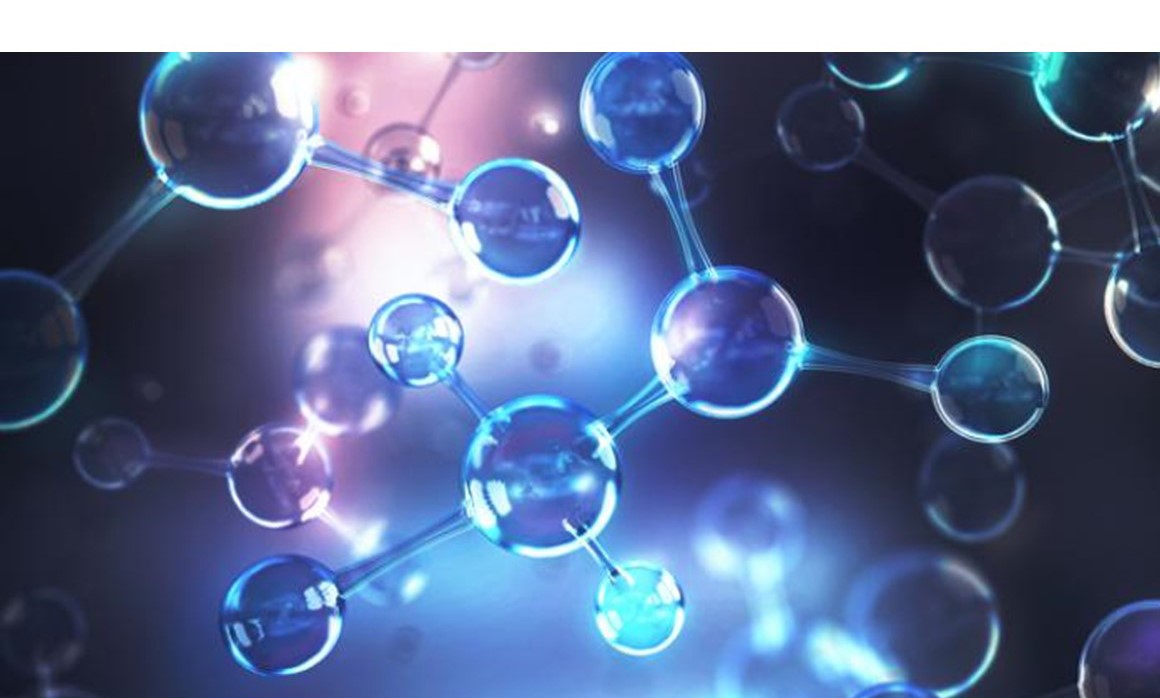 There’s an old joke that says hydrogen is the fuel of the future, and always will be... but now, a hydrogen-fueled future is no longer just a pipe dream — it’s in the pipeline.

What’s different? Slowly but surely, the world is recognizing that no single alternative energy platform can support global energy needs as we work to decarbonize the economy and our society.

Instead, technologies like hydrogen fuel cells and advanced batteries must operate in partnership with each other and in support of other sustainable power generation platforms like wind and solar. While battery technology has recently made great strides in the transportation sector, among others, hydrogen is gaining momentum.

Japan and Australia are building ships that will use hydrogen to transport energy around the world. Three utilities in England have announced they will create a hydrogen grid in northern England to support 3.7 million homes by 2028 and over 400,000 businesses. And the list goes on. The economics continue to improve. Stay tuned.