The weekly EIA Natural Gas Storage Report advised today that there was an injection of 115Bcf into Underground Storage for the week ending 6/14/19. US gas in storage has added 100-plus Bcf for the seventh time this year, while only two triple-digit weekly injections have occurred over the prior two years combined.

This is 8Bcf above the median forecast of a 107Bcf injection, the average prediction of sector analysts and traders in the Dow Jones Newswires weekly survey. This compares with an injection of 95Bcf last year and a 84Bcf injection for the five-year average. Storage is 209Bcf above last year for the same week and 199Bcf below the 5-year average. Working gas in storage stands at 2,203Bcf. 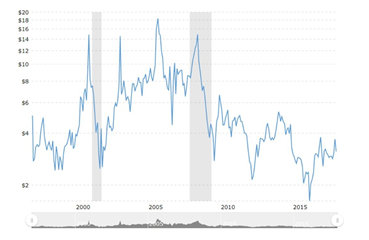 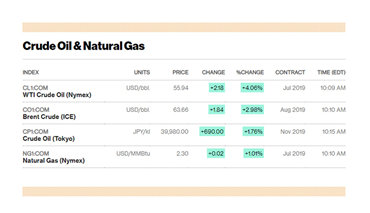 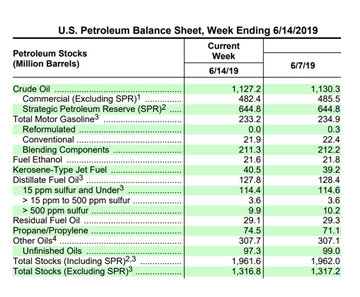 US crude inventories decreased by 3.1 million barrels to 482.4 million for the week ended June 14th, according to data released yesterday morning by the US Dept of Energy. Traders in the Reuters poll projected a decrease of 1.1 million barrels. 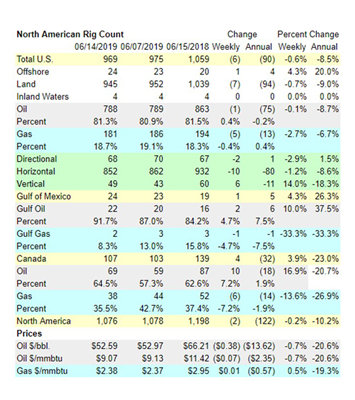 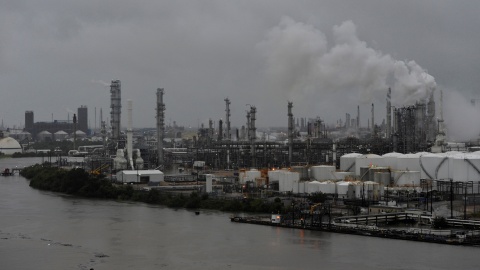 Future Climate Shifts Could Pose Risks to the U.S. Energy System: As the need for U.S. federal government engagement on climate change becomes more pressing, various leaders and agencies are stepping into the void.

This week, the U.S. Government Accountability Office, a legislative branch government agency that provides evaluation and investigation services for the US Congress issued a report critical of the U.S. Department of Defense’s practice of basing responses to extreme weather events and climate change effects based on past experience and called on the Secretary of Defense to issue guidance on “incorporating climate projections into installation master planning” as well as facility project designs. The guidance should cover how to integrate multiple future scenarios, what scientific projections to use, and what future time frames to consider, the GAO suggested.

Recently, the Council on Foreign Relations program on Energy Security and Climate Change convened a workshop on related issues. The program entitled “Climate Risks to the Energy System: Examining the Financial, Security, and Technological Dimensions” concluded that U.S. energy infrastructure is increasingly at risk to climactic changes and that the United States is ill prepared to... (Read More...)

The AccuWeather 1-5 Day Outlook forecasts the the Southeast from Texas to the East Coast at above-normal temps, with most of the West at below-normal temps. The Northeast, West Coast and a part of the center of the country will be at normal temps.

The 6-10 Day Outlook forecasts above-normal temps for the East Coast and North-Central states, with the balance of the country at normal or below-normal temps.

11-15 Day Outlook forecasts the Northeast, Northwest, Southwest and part of the Deep-South at above-normal temps with the balance of the country at mostly normal temps.

The 30-Day Outlook shows above-normal temps for the East Coast, with the exception of New England and Florida, which are expected to be at normal temps, as the balance of the country.

The 90-Day Outlook projects normal temps for entire US, except the East Coast from North Carolina to Maine and the far Northwest, which are forecast at above-normal temps.

This week's stormy weather pattern in the Northeast is coming to an end, but not before severe thunderstorms with damaging winds and isolated tornadoes hit today. 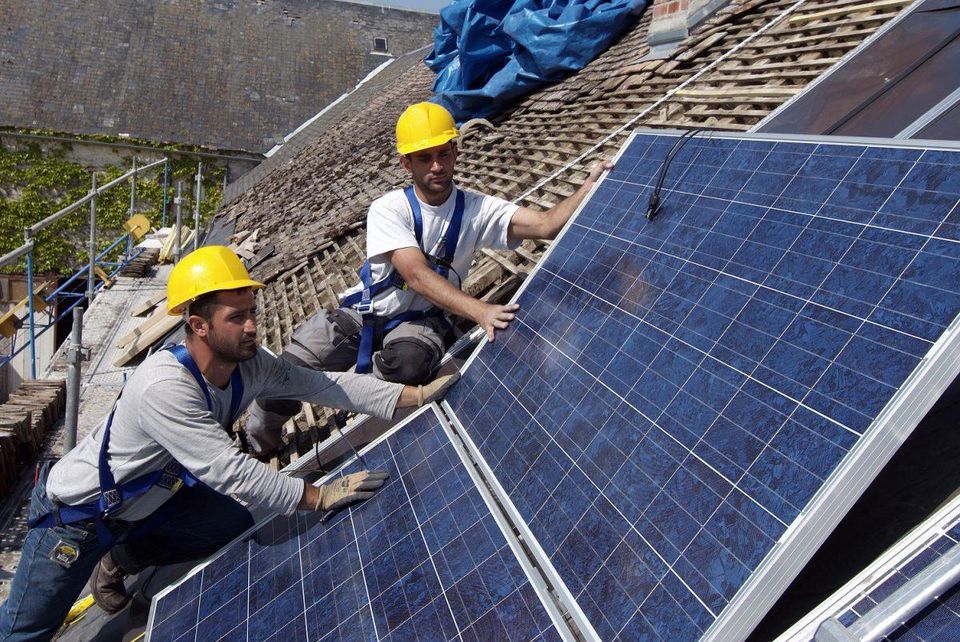 This represents an increase of 700,000 jobs from 2017, growing nearly 7% in just one year. The greatest growth came from countries like Malaysia, Thailand and Vietnam, spreading the renewable sector beyond the primary markets in China, Brazil, the U.S., India and the EU while maintaining Asia’s 60% stake in renewable employment globally.

The trend should inspire confidence in renewables by other countries as technologies improve and costs go down.
“The prospect of job creation bolsters the global Sustainable Development Agenda,” says IRENA Director-General, Francesco La ... (Read More ...) 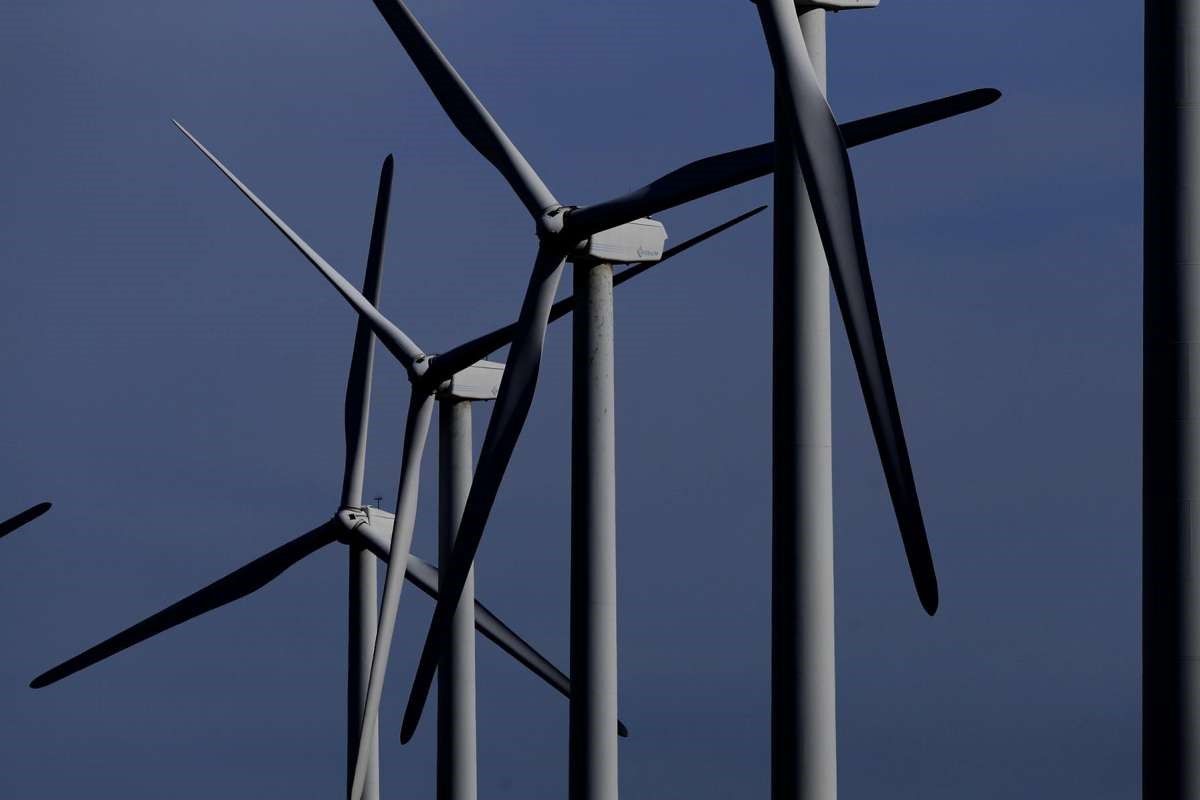 Texas might have the perfect environment to quit coal for good. Texas is one of the only places where the natural patterns of wind and sun could produce power around the clock, according to new research from Rice University.

Scientists found that between wind energy from West Texas and the Gulf Coast, and solar energy across the state, Texas could meet a significant portion of its electricity demand from renewable power without extensive battery storage. The reason: These sources generate power at different times of day, meaning that coordinating them could replace production from coal-fired plants.

“There is no where else in the world better positioned to operate without coal than Texas is,” said Dan Cohan, an associate professor of civil and environmental engineering at Rice University who co-authored the report with a student, Joanna Slusarewicz. “Wind and solar are easily capable of picking up the slack.”