This is even with the median forecast of a 102Bcf injection, the average prediction of sector analysts and traders in the Dow Jones Newswires weekly survey. This compares with an injection of 96Bcf last year and a 92Bcf injection for the five-year average. Storage is 189Bcf above last year for the same week and 230Bcf below the 5-year average. Working gas in storage stands at 2,088Bcf. (Read More ...) 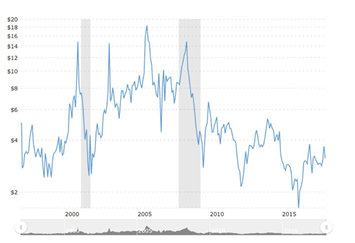 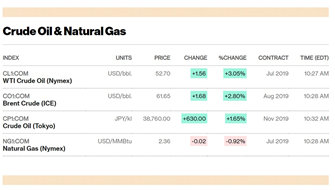 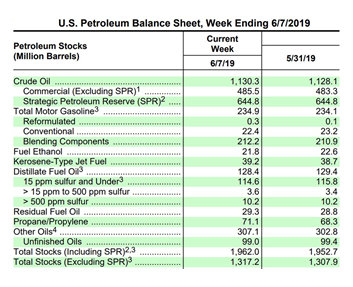 US crude inventories increased by 2.2 million barrels to 485.5 million for the week ended June 7th, according to data released yesterday morning by the US Dept of Energy. Traders in the Reuters poll projected a decrease of 0.5 million barrels. 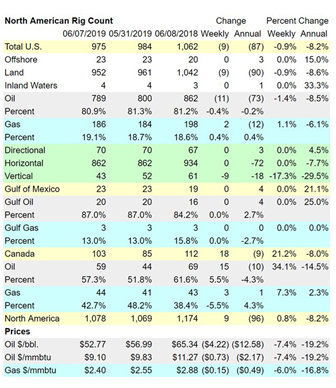 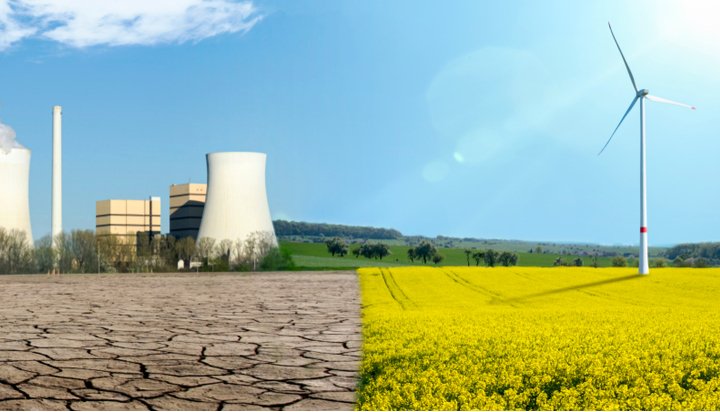 US renewable capacity surpasses coal power for first time: A new report shows there was more biomass, geothermal, hydropower, solar and wind capacity installed on the US grid in April than plants set up to burn the fossil fuel.

In April this year, US renewable capacity surpassed that of coal power for the first time in history. An analysis of a new Federal Energy Regulatory Commission (FERC) report conducted by the SUN DAY Campaign shows there was more biomass, geothermal, hydropower, solar and wind capacity installed on the US grid than plants set up to burn the polluting fossil fuel.

The report shows 1,545MW of new wind capacity and 1,473MW of new solar capacity were added during the first four months of this year, along with 29MW of new hydropower.

This saw renewable energy’s share of total available installed capacity rise to 21.56%, overtaking coal as its share dropped to 21.55%. The milestone marks continued growth for the clean energy sector – renewables made up 20.66% of the country’s electricity a year ago and 18.16% of its mix three years ago.
Over the last three years, utility-scale solar’s share has more than doubled from 1.42% to 3.23%, while wind’s share has increased from 6.43% to 8.25%. (Read More...)

The AccuWeather 1-5 Day Outlook forecasts the Eastern half of the US at below-normal temps, with the West at above-normal temps and a strip running down the center of the country at normal temps.

The 6-10 Day Outlook forecasts above-normal temps for all of the US coastlines with the balance of the country at normal or below-normal temps.

11-15 Day Outlook forecasts the Southeast and Far-Northwest at above-normal temps with the balance of the country at mostly normal temps.

The 30-Day Outlook shows normal temps for the entire country, with the exception of the Southeast and Far Northwest, which are expected to be at above-normal temps.

The 90-Day Outlook projects normal temps for entire US, except the East Coast from North Carolina to Maine and the far Northwest, which are forecast at above-normal temps. Extreme heat as high as 120 degrees will hit the Southwest this week, including Las Vegas, Phoenix, Portland, Sacramento and San Francisco.   On Monday, San Francisco soared to a brutal high of 100 degrees, the first time that city has ever hit the century mark in June, leading to tens of thousands of power outages according to AccuWeather. 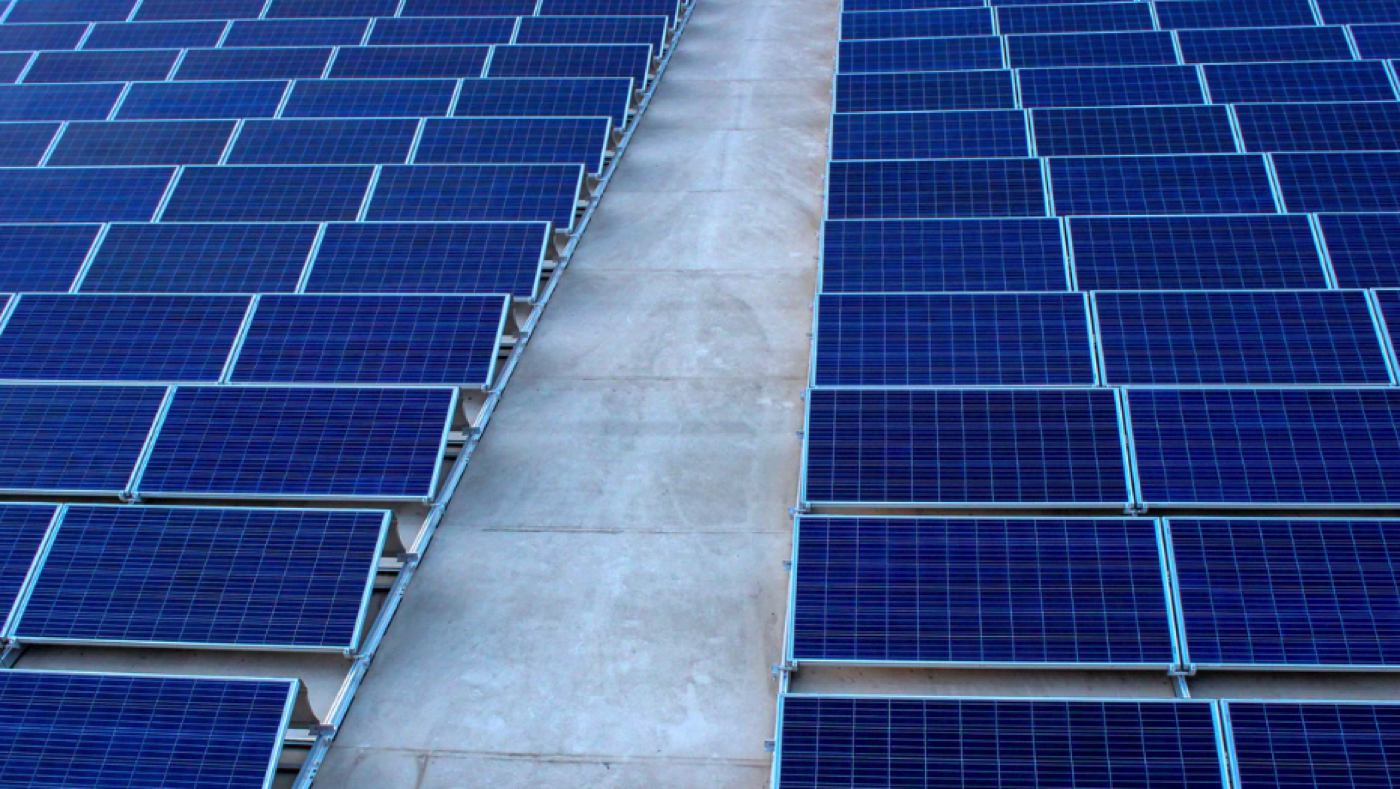 Significant growth in population has resulted in people looking for alternative means for power, hence resorting to solar energy as a harmless source. Many who have embraced the use of solar energy not only have the satisfaction of an environmentally driven product but also saves up on costs as well as cut on electricity bills.

Most cities around the world need power to run different activities that help achieve unprecedented growth. In the U.S, statistics reveal that a solar panel is installed every two minutes and over 4 million houses have discontinued the use of hydroelectric energy, and instead power their homes using solar energy.

Cost: Due to its popularity, spending on a solar panel is a worthwhile investment. The cost of a solar panel and its installation now is cheaper compared to ten years ago when it had hit the market and people weren’t so knowledgeable about it. It was challenging to convince people back then to divert from fuel consumption.

Because of technological advancements, companies sell at a bargain and go the extra mile by offering free installation when you buy. Solar power was not perceived well in its starting stages, because most people had simply thought that it was expensive and could not deliver. (Read More...) 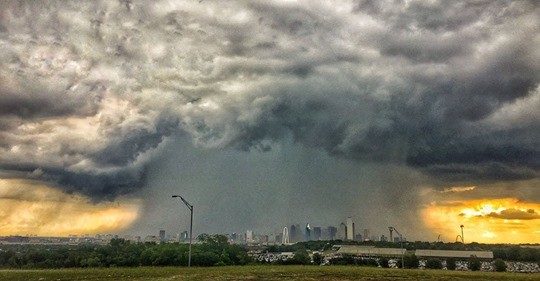 The picture above is of a "rain bomb" - the kind that hit that hit Dallas, Texas this past Sunday, causing massive power outages and property damage.

"Storms started off as some heavy rainfall and stronger wind gusts north of Dallas but really intensified as they moved into the Dallas area," AccuWeather Meteorologist Alan Reppert said about the outbreak of severe weather. The same cluster of thunderstorms brought flooding and wind damage to the Oklahoma City area on Sunday morning.

A large construction crane collapsed onto an apartment building in Dallas on Sunday, killing at least one and sending another five to the hospital. Dallas was under a severe thunderstorm warning at the time of the crane collapse as heavy rain and hail broke out and wind gusts of 70 mph were recorded in the Dallas-Fort Worth area. Parts of the Dallas Love Field Airport, where a gust of 71 mph was reported, sustained damage on Sunday amid powerful wind gusts.

Interestingly, while downed power lines and blown transformers create havoc for the inhabitants of any city who experiences this kind of weather event, the price of electricity on the real-time wholesale market actually drops. This is due to what is called "demand-destruction". There is more electricity available due to the fact that homes and businesses are not able to receive the electricity. In deregulated markets, the electricity is purchased from one provider and a separate regulated utility is actually responsible for delivering and transporting it.