The image below is an artist's rendering (several years ago) of an electric vehicle being charged by a residential battery system, receiving it's electricity from solar panels and a small-wind turbine. While residential solar installations and solar storage systems have grown significantly, small-wind has proven a costly and inefficient way to generate electricity. A 10 kilowatt machine (the size needed to power a large home) might have an installed cost of $50,000 - $80,000 (or more).For more on residential energy storage, see, "This Week's Take-Away" Below. 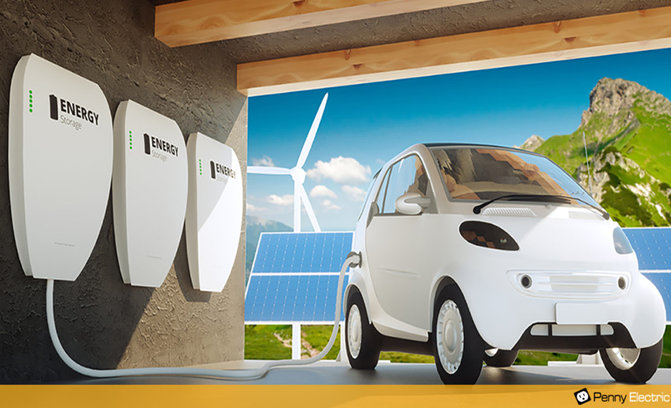 The weekly EIA Natural Gas Storage Report advised today that there was an injection of 102Bcf into Underground Storage for the week ending 5/29/20.

This is 2Bcf below the forecast of a 104Bcf injection, the average prediction of sector analysts and traders in the Dow Jones Newswires weekly survey. This compares with an injection of 118Bcf last year and a 103Bcf build for the five-year average. Storage isB762Bcf above last year for the same week and 422Bcf above the 5-year average. Working gas in storage stands at 2,714Bcf.
(Read More ...) 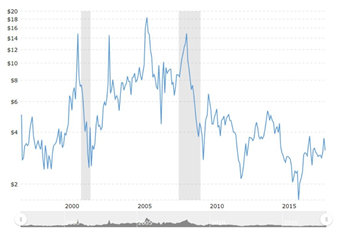 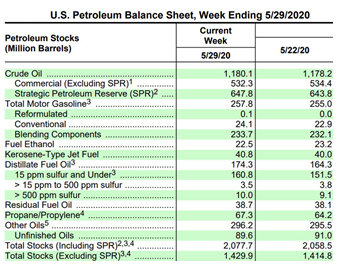 US crude inventories (EIA) decreased by 2.1 million barrels to 532.3 million for the week ended May 29th, according to data released yesterday morning by the US Dept of Energy. Traders in the Reuters poll expected a rise of 3.0 million barrels. 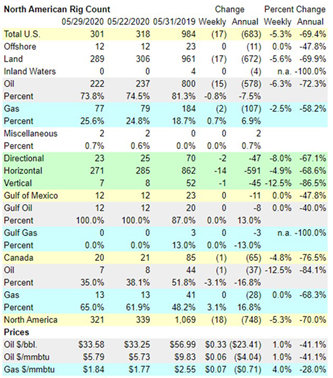 According to the Baker Hughes Count, US Rotary Rigs targeting Natural Gas were -2 at 77 for the week ending May 29th and -107 from last year. 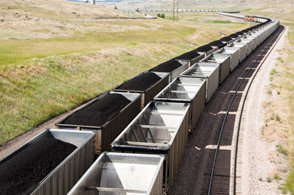 Renewables Toppled Coal in US Energy Consumption Last Year, EIA Says: The last time the U.S. got more energy from renewables than coal was 1885, back when burning wood was the hot renewable energy option.

The U.S. got more energy from renewables in 2019 than it did from coal, a year sooner than that same milestone is expected for the electricity sector on its own, according to the Energy Information Administration.

Last year the U.S. consumed 11.3 quadrillion British thermal units of coal, the lowest level since 1964. By comparison, total consumption of renewable energy hit a record-high 11.5 quads, the EIA said Thursday, as the country’s base of wind and solar farms continued to expand.
Prior to 2019, the last year that the country got more total energy from renewables than coal was 1885, back when wood was the main renewable resource on offer.

Earlier this month, the EIA put out figures projecting that renewables will topple coal in the U.S. electricity mix for the whole of 2020, another major milestone. That already happened every day during April.

While most renewable energy is used for power in the U.S., significant amounts are consumed in other areas, including biofuels for transportation.

Consumption of coal, also mostly used for power generation in the U.S., has fallen dramatically over the past decade. Many coal miners and operators of coal-fired plants were already in deep financial trouble, and the coronavirus shock has further weakened their prospects. Total U.S. power generation is expected to (Read More ...) 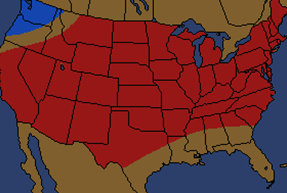 The AccuWeather 1-5 Day Outlook forecasts above-normal temps for the entire US, with the exception of the Northwest, which is predicted to be at below-normal temps and the states bordering the Gulf of Mexico, which are forecast to be at normal temps.

The 6-10 Day Outlook forecasts above-normal temps for the Eastern third of the country, as well as all of the Southern-most states. Northwest quarter of the US is projected to be at below-normal temps, with the balance of the states at normal temps.

The 11-15 Day Outlook forecasts above-normal temps for the Western half of the US. The Northeast quarter of the country is expected to be below-normal, with the balance of the states at normal temps.

The 30-Day Outlook shows above-normal temps for the Western half of the US, as well the states bordering the Great Lakes. The balance of the country is projected to be at normal temps.

The 90-Day Outlook shows above-normal temps for the Western third of the US, with the balance of the country at normal temps.
Severe Weather: The National Hurricane Center shows a Tropical Storm that is currently flooding portions of Mexico and the Yucatan Peninsula. It is projected to move due North through the Gulf of Mexico. It is expected to reemerge over the weekend, making landfall in and around Louisiana, continuing North, bringing heavy rains and flooding. The storm is also projected to spread and move North and West, encompassing almost all of the Eastern third of the US by next week (Read More ...) 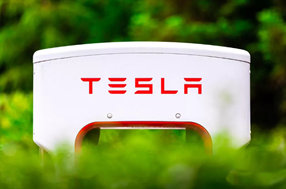 Tesla poised to reveal 'million-mile' battery as soon as this year, report says: It's not the first we've heard of a long-lasting Tesla battery with greater long-term performance and charging capability, and it could come this year.

Tesla may have something big up its sleeve to show off as early as this year: an affordable, long-lasting battery to allow its electric cars to reach cost parity with gasoline-powered cars.

Reuters on Thursday published a report citing sources close to the company's battery program, and it largely falls in line with past evidence we've heard about this so-called "million-mile" battery -- that's a million miles of total use, not range on a single charge. The publication's sources said the battery comes from a joint-development project with Chinese company Contemporary Amperex Technology and various battery experts. We've heard both of these nuggets of information in the past. In fact, Dalhousie University in Canada published a research paper detailing this type of battery last September. The university happens to have an exclusive agreement with Tesla.

CATL's contribution comes in the form of battery chemistry that does without expensive cobalt, or minimal amounts of the resource. Nixing the most expensive part of a battery, while adding new materials and additives to give it the ability to store more energy for longer periods of time, could be a massive breakthrough for lithium-ion units. It's not the holy grail of solid-state batteries -- a radically different and thus far overly expensive tech -- but nevertheless, it could be big (Read More ...) 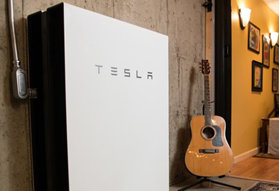 COVID-19 had minimal first-quarter impacts. However, industry analysts say residential growth declined as much as 40% from March to April.
Growth of residential storage is expected to recover by the end of this year, while growth of utility-scale deployments remains strong.

At the beginning of 2020, the market value was expected to top $2 billion before the end of the year, according to a statement by Kelly Speakes-Backman, CEO of the U.S. Energy Storage Association. But after COVID-19 swamped the industry with delays and cancellations, expectations have dropped to $1.6 billion, Speakes-Backman said.

While COVID has thrown sand in the gears of the residential, commercial and industrial segments due to social distancing requirements and associated complications with customer acquisitions, effects on utility procurements have been relatively minor, although it seems as though they were on that path before the pandemic. 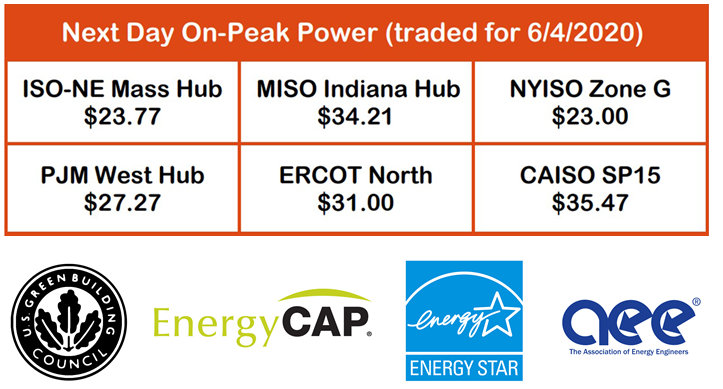