The picture below shows a Dallas worker in front of a restaurant that is now open for business. Will the restaurant's patrons be issued gloves and masks while they eat? For more, see "This Week's Key Take-Away" below. 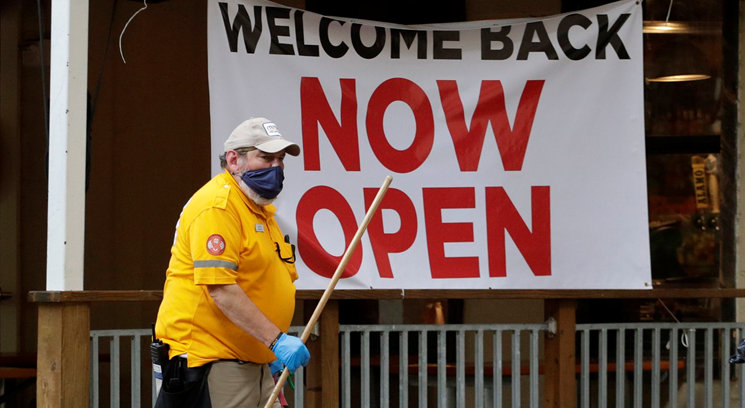 The weekly EIA Natural Gas Storage Report advised today that there was an injection of 81Bcf into Underground Storage for the week ending 5/15/20.

This is 2Bcf below the forecast of a 83Bcf injection, the average prediction of sector analysts and traders in the Dow Jones Newswires weekly survey. This compares with an injection of 101Bcf last year and a 87Bcf build for the five-year average. Storage is 779Bcf above last year for the same week and 407Bcf above the 5-year average. Working gas in storage stands at 2,503Bcf.
(Read More ...) 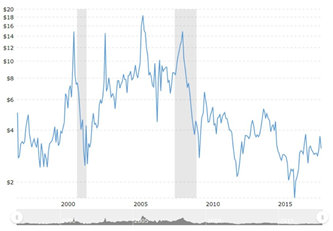 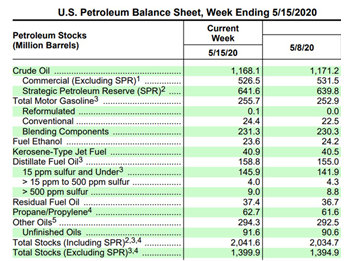 US crude inventories (EIA) decreased by 5.0 million barrels to 526.5 million for the week ended May 15th, according to data released yesterday morning by the US Dept of Energy. Traders in the Reuters poll projected an increase of 1.2 million barrels. 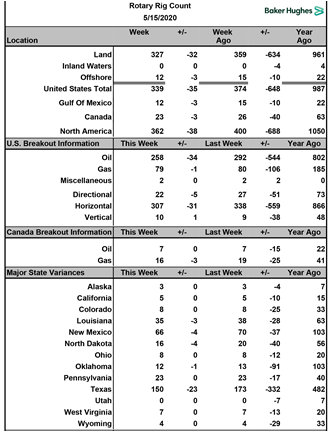 According to the Baker Hughes Count, US Rotary Rigs targeting Natural Gas were -1 at 79 for the week ending May 15th and -106 from last year.

Rigs targeting Crude were -34 at 258. There are 544 fewer rigs targeting oil than last year. Canadian Rigs were -3 at 23 and -40 from last year. US Rigs drilling for oil remain at  78% of all drilling activity.

With the huge drop in drilling, expect crude and natural gas prices to rise. 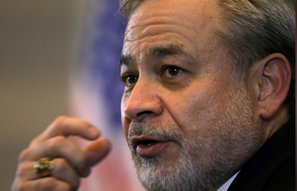 WASHINGTON (Reuters) - Liberal groups criticized U.S. Energy Secretary Dan Brouillette on Tuesday for a comment they interpreted as comparing the reluctance of some banks to finance fossil fuels projects with discrimination against minorities.

The environmental advocacy group League of Conservation Voters (LCV) and consumer rights group Public Citizen both called for Brouillette to resign over comments in an interview with Axios on Monday.

Energy Department spokeswoman Shaylyn Hynes labeled those calls “ridiculous” and said Brouillette has “zero tolerance for discrimination of any type, and he was not in any way equating the plight of minority communities to that of energy companies.”

Brouillette, who once worked for the financial services company USAA, was quoted as saying by Axios that the refusal of some banks to finance drilling in the Arctic was a form of “redlining”.
Redlining occurred when banks and insurers historically refused loans and policies in wide swathes of cities with high concentrations of minorities, greatly reducing opportunities for people there to own homes and businesses.

“Redlining is the term used all throughout those debates,” Brouillette told Axios. “We didn’t want banks redlining certain parts of the country. We don’t want that here. I do not think banks should be redlining our oil and gas investment across the country.”

LCV President Gene Karpinski said the comments “completely dismiss the experience black communities had and have with discriminatory lending practices.”

The Trump administration has sought to open more federal lands to drilling, including the Arctic National Wildlife Reserve, which environmental groups have called one of the world’s last remaining pristine places (Read More ...)

The 6-10 Day Outlook forecasts above-normal temps for the Northern two-thirds of the country and all of the West. The East Coast states from Maryland south and all Gulf states are projected to be at normal temps, with exception of Central Texas, which is expected to be below-normal.

The 30-Day Outlook shows above-normal temps for the Western third of the US, as well as West Texas and the Southern part of the Gulf states. The balance of the country is projected to be at normal temps.

Severe Weather: Isolated to scattered severe thunderstorms are probable this week in the Southeastern quarter of the US, as well as the Central Northern States. For the balance of the week, above-normal rain and thunderstorms will run from Texas North and East. Hurricane season officially begins June 1st. The National Hurricane Center has projected a heavier than normal season
(Read More ...) 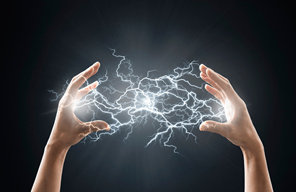 Form Energy, which is developing what it calls ultra-low-cost, long-duration energy storage for the grid, has signed a contract with the Minnesota-based Great River Energy to develop a 1 megawatt, 150 megawatt hour pilot project.

The second-largest electric utility in the Minnesota, Great River Energy’s installation in Cambridge, Minn. will be the first commercial deployment of the venture-backed battery technology developer’s long-duration energy storage technology.

From Energy’s battery system is significant for its ability to deliver 1 megawatt of power for 150 hours — a huge leap over the lithium ion batteries currently in use for most grid-scale storage projects. Those battery systems can last for two- to four-hours.

The step change in the duration of energy delivery should allow energy storage projects to replace the peaking power plants that rely on coal and natural gas to smooth demand on the grid.

“Long duration energy storage solutions will play an entirely different role in a clean electricity system than the conventional battery storage systems being deployed at scale today,” said Jesse Jenkins, an assistant professor at Princeton University  who studies low-carbon energy systems engineering, in a statement. “Lithium-ion batteries are well suited to fast bursts of energy production, but they run out of energy after just a few hours. A true low-cost, long-duration energy storage solution that can sustain output for days, would fill gaps in wind and solar energy production that would otherwise require firing up a fossil-fueled power plant. A technology like that could make a reliable, affordable 100% renewable electricity system a real possibility.”

“Our vision at Form Energy is to unlock the power of renewable energy to transform the grid with our proprietary long-duration storage. This project represents a bold step toward proving that vision of an affordable, renewable future is possible without sacrificing reliability,” said Mateo Jaramillo, the chief executive of Form Energy, in a statement (Read More ...) 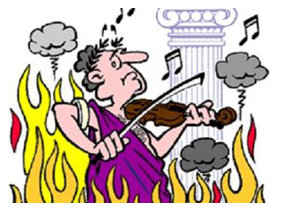 It seems a strange time to "open a state" when the Coronavirus is at it's peak in terms of taking lives and infecting the populace. Nevertheless, more facilities in Texas, including gyms, childcare centers, youth clubs and personal care centers, were reopened on Monday. Bars, aquariums and bowling alleys will resume service from Friday.

This week's reopenings mark the second stage of the state's phased lifting of restrictions following the novel coronavirus outbreak.

"Opened services and activities under Phase II are subject to certain occupancy limits and health and safety protocols," the office of Texas Gov. Greg Abbott confirmed in a statement on Monday. Activities and services that were closed in phase one of the reopening can now resume with "restricted occupancy levels and minimum standard health protocols laid out by the Texas Department of State Health Services (DSHS)," the statement added.

On Saturday, Texas recorded its highest single-day rise in cases since the outbreak began. In an interview Monday with CNN's New Day program, Dallas Mayor Eric Johnson said the record spike was likely to be connected to recent reopenings, as well as increased testing across the state.

Manufacturers also resumed services from Monday with worker capacity limited to 25 percent. Businesses in office buildings were also opened, with an occupancy level limited to the greater of either 10 employees or 25 percent of the workforce, the statement notes.

From May 22, bars (including wine tasting rooms, craft breweries and similar businesses) are allowed to reopen at 25% occupancy, while restaurants (which began reopening earlier this month) will be allowed to expand their capacity to 50%.

This Friday will also see the reopening of bowling alleys, bingo halls, simulcast racing, skating rinks, aquariums, natural caverns and rodeo and equestrian events. Schools could potentially be open as early as June 1.

As of yesterday, Texas hit 50,000 confirmed cases of the virus and 1,400 deaths, continuing to break single-day records. It is clear that political and economic, rather than health factors have become the drivers behind the decision to re-open the state at this time.

What has this do do with energy? It means that the state will see a higher demand for electricity as more people will be working at their jobs and we move towards summer heat.