The picture below reminds us of the hit that Coal Electric Generation has taken over the past several years. The Coronavirus epidemic is hastening the demise of coal as a fuel worldwide. For more, see "This Week's Key Take-Away" below. 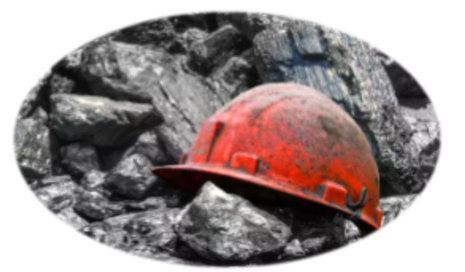 The weekly EIA Natural Gas Storage Report advised today that there was an injection of 103Bcf into Underground Storage for the week ending 5/8/20.

This is 4Bcf below the forecast of a 107Bcf injection, the average prediction of sector analysts and traders in the Dow Jones Newswires weekly survey. This compares with an injection of 100Bcf last year and a 85Bcf build for the five-year average. Storage is 799Bcf above last year for the same week and 413Bcf above the 5-year average. Working gas in storage stands at 2,319Bcf.
(Read More ...) 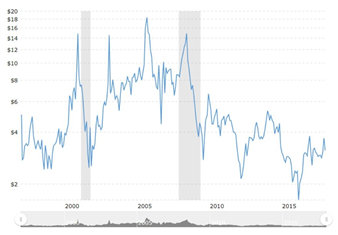 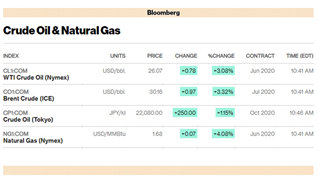 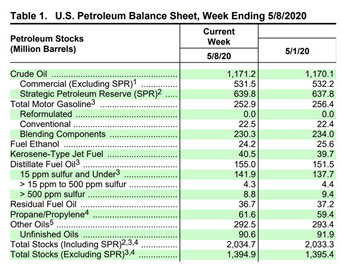 US crude inventories (EIA) decreased by 0.7 million barrels to 531.5 million for the week ended May 8th, according to data released yesterday morning by the US Dept of Energy. Traders in the Reuters poll projected an increase of 4.1 million barrels. 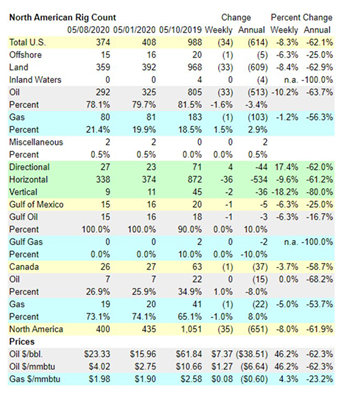 According to the Baker Hughes Count, US Rotary Rigs targeting Natural Gas were -1 at 80 for the week ending May 8th and -103 from last year. 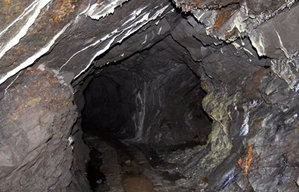 A new World Bank Group  report finds that the production of minerals, such as graphite, lithium and cobalt, could increase by nearly 500% by 2050, to meet the growing demand for clean energy technologies.

It estimates that more than 3 billion tons of minerals and metals will be needed to deploy wind, solar and geothermal power, as well as energy storage, to achieve greenhouse gas emission reductions sufficient to achieve a below 2°C (3.6F) future.

The report “Minerals for Climate Action: The Mineral Intensity of the Clean Energy Transition” also finds that even though clean energy technologies will require more minerals, the carbon footprint of their production—from extraction to end use—will account for only 6% of the greenhouse gas emissions generated by fossil fuel technologies.

The report underscores the important role that recycling and reuse of minerals will play in meeting increasing mineral demand. It also notes that even if we scale up recycling rates for minerals such as copper and aluminum by 100%, recycling and reuse would still not be enough to meet the demand for renewable energy technologies and energy storage.

In the current global context, COVID-19 is causing major disruptions to the mining industry across the world. In addition, developing countries that rely on minerals are missing out on essential fiscal revenues and, as their economies start to reopen, they will need to strengthen their commitment to climate-smart mining principles and mitigate any negative impacts.

The report notes that some minerals, such as copper and molybdenum, will be used in a range of technologies, while others, such as graphite and lithium, may be needed for just one technology: battery storage. This means that any changes in clean energy technology deployments could have significant consequences on demand for certain minerals (Read More ...)

The AccuWeather 1-5 Day Outlook forecasts above-normal temps for the most of the country. New England is projected to be at at below-normal temps Northern California, South Texas, Florida and the Great Lakes states forecast to be at normal temps.

The 11-15 Day Outlook forecasts above-normal temps for most of the US with the exception of Texas and the Northern states from North Dakota through Maine, which are projected to be at normal temps.

The 30-Day Outlook shows above-normal temps for the Western third of the US, as well as West Texas. The balance of the country is projected to be at normal temps, with the exception of Western New England, which is expected to be at below-normal temps.

Severe Weather: Isolated to scattered severe thunderstorms are possible today into this evening, from portions of the southern/central Plains into the mid Mississippi Valley, Ohio Valley, and Lower Great Lakes. For the balance of the week, above-normal rains will run from Texas north, through the Northeastern US. The Northwest is also expected to see above-normal precipitation. Most of the balance of the country is projected to be at below-normal precipitation (Read More ...) 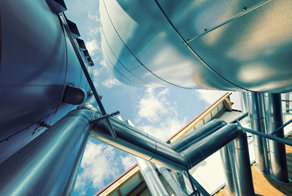 With the race to find cheap, efficient, non-polluting ways of generating and storing hydrogen, a new study aims to set out a roadmap for navigating the pathway towards the establishment of a large-scale technology and supply chain based on ammonia.

Produced at scale, ammonia could replace a substantial fraction of current-day liquid fuel consumption and act as a diesel substitute in heavy transportation, power generation and even as a potential jet-fuel. This ammonia-based economy will emerge through multiple generations of technology development and scale-up, researchers at Monash University argue.

Until now ammonia has largely been seen only as a way of storing and transporting renewable hydrogen to distant markets where it would be transformed back into hydrogen for use in fuel cells and power generation. That being said, the global transportation of ammonia by pipeline and bulk carrier is already a well-developed technology.

And while it could become the basis of the future of totally sustainable energy and fertilizer, producing ammonia is energy intensive. A new study from Monash chemists published in Joule finds that the development of broad ranging uses could ultimately support a global energy economy based substantially on ammonia. Their roadmap recognizes the hydrogen storage and transportation pathway, but goes further by demonstrating how technology developments will eventually avoid the hydrogen step and enable the direct production of ammonia from renewable energy.

“The study is important because it sets out the opportunities that will arise from the development of the ammonia economy as well as some of the challenges that need to be overcome in developing the massive scale involved,” said Professor Douglas Macfarlane from the Monash School of Chemistry. “The work adds to our understanding by teasing out and detailing the overlapping technology pathways and the developments required in each case towards reaching scale.”

The researchers began by assessing the current and emerging production technologies for ammonia from renewable energy sources, including an in-depth discussion of the issues confronting the field of research focused on the direct (Read More ...) 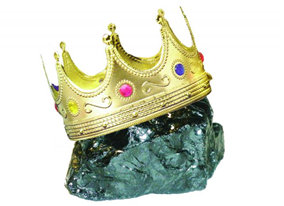 Old King Coal: It seems that most financial stories these days must begin with "due to the coronavirus," so here goes: Due to the coronavirus, the use of coal in the production of electricity has plummeted so far this year. But while it is true that the virus-related shutdown has kneecapped energy consumption, the demise of coal as a viable energy source was well underway before the pandemic. COVID-19 just gave it a push.

And while the environmental and health benefits are manifest, the dramatic shift toward other sources was driven by a much more fundamental force: Economics. The war on coal was instigated by activists, but it was ended by investors, and coal has been vanquished.

According to the U.S. Energy Information Agency, (EIA) coal-fired electricity generation in 2019 fell to the lowest level in 42 years. Cheaper and cleaner natural gas supplanted much of the demand, but renewables collectively surpassed coal for the first time. Less than one quarter of U.S. electricity came from coal last year, down from about half just 12 years ago.

Meanwhile, employment in the mining of coal has fallen by half since 2012 and now comprises just 0.03% of the civilian labor force... and the trend is sure to accelerate. The EIA still projects that coal will supply 13% of US electricity by 2050, but that number is almost surely too high.

The scientific consensus is overwhelming regarding the external costs of coal to human health and the environment. Electrical generation from coal produces 2.2 pound of carbon dioxide emissions per kilowatt hour, compared with just 0.9 pounds from natural gas. A recent study from the University of San Diego estimates that the incremental shift away from coal saved 22,000 human lives between 2005 and 2016, and increased the yield of grain crops by 570 million bushels.

Another study from Duke University concluded that conversion of all current coal-fired production to natural gas would result in an annual savings of 12 billion gallons of water, 260% of current U.S. industrial water use. Not to mention the improvement in air quality, widely noted in the wake of the virus-related interregnum of electric consumption. It is little wonder that investors are bailing.