The weekly EIA Natural Gas Storage Report advised today that there was am injection of 38Bcf into Underground Storage for the week ending 4/3/20.

This is 14Bcf above the forecast of a 24Bcf injection, the average prediction of sector analysts and traders in the Dow Jones Newswires weekly survey. This compares with an injection of 25Bcf last year and a 6Bcf build for the five-year average. Storage is 876Bcf above last year for the same week and 324Bcf above the 5-year average. Working gas in storage stands at 2,024Bcf.
(Read More ...) 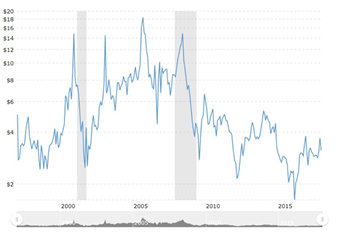 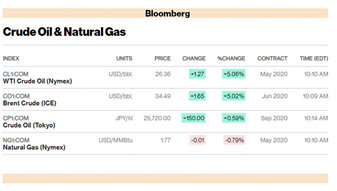 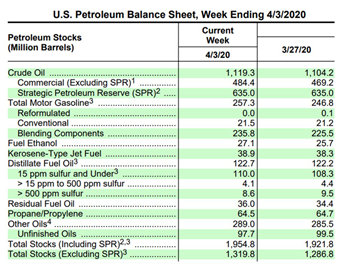 US crude inventories (EIA) increased by 15.2 million barrels to 484.4 million for the week ended April 3rd, according to data released yesterday morning by the US Dept of Energy. Traders in the Reuters poll projected an increase of 9.3 million barrels. 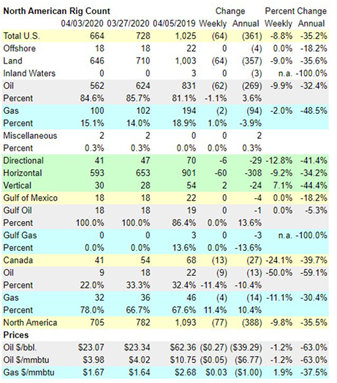 According to the Baker Hughes Count, US Rotary Rigs targeting Natural Gas were -2 at 100 for the week ending April 3rd and -94 from last year. 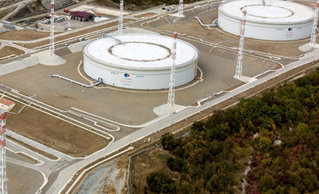 President Donald Trump ramped up threats to use tariffs to protect the U.S. energy industry from a historic glut of oil, as efforts to forge a global deal to cut output appeared to lose momentum.
Trump said Saturday at a White House press briefing he’d use tariffs if needed to protect the domestic oil industry, even as he predicted that Saudi Arabia and Russia would come to an agreement to cut output and stem the rout in prices.

But such a deal looked a bit further from reach at the weekend after a diplomatic row between Saudi Arabia and Russia. A gathering of OPEC+ members and other producers scheduled for Monday was pushed back, to give more time for negotiations.

Saudi Arabia, which launched a price war last month with Russia after OPEC+ talks broke down, has made clear that it won’t cut production unless other producers -- including the U.S. -- also hold back supply. But Trump said on Saturday: “I don’t care about OPEC,” a “cartel” he’s opposed all his life.

The prospect of a deal to reduce the massive glut of oil caused by the coronavirus lockdown sent benchmark oil futures to a record gain last week. Oil prices have fallen about 50% this year as the pandemic has knocked out as much as a third of global oil demand. That means producers are going to have to reduce output eventually -- with or without a deal -- as storage both on land and at sea fills up.

In the latest maneuver in the price war, Saudi Arabia postponed on Sunday its monthly price-setting event for exported oil. Saudi Aramco’s official selling prices for May could be pushed to Tuesday or Thursday, according to a person familiar with the situation. The OPEC meeting has been tentatively rescheduled for Thursday. The move allows the company to have a better idea of how negotiations are going before setting the prices that are its key weapon in its war with Russia (Read More ...)

The 6-10 Day Outlook forecasts above-normal temps for Florida and Western California and Oregon. Below-normal temps are projected for most of the balance of the country, cutting a "V" from Idaho to New Hampshire, south through Texas.

The 11-15 Day Outlook forecasts above-normal temps for the Western quarter of the US, all states bordering the Gulf of Mexico and the East Coast states up through South Carolina. The North-Central states are projected to be at below-normal temps in a "V" from Montana through New England and south to Oklahoma, with the balance  of the country at normal temps.

The 30-Day Outlook shows above-normal temps for the Southeast, South Texas, Western Nevada and Eastern California The balance of the country will be at normal temps except for the far- North Central states, which are projected to be at below-normal temps.

The 90-Day Outlook shows above-normal temps for most of the Eastern quarter of the US, West Texas, Arizona, New Mexico, Arizona, Nevada, Oregon, Idaho and most of California. The center of the country is projected to be at normal temps.

Severe Weather: The southern states from Texas to the East Coast, and north through New England are projected to have above-normal precipitation for the next 1-5 days. Southern Texas will see heavy thunderstorms (Read More ...) 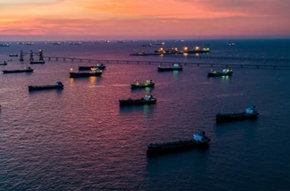 For all their hype as the biggest and final frontier in clean energy production, tidal and wave power have never quite lived up to their potential. The IEA estimates that we harnessed just 1.2TWh of energy from the world’s vast oceans in 2018--a minuscule fraction of the ~170,000TWh in global primary energy consumption.  This sad situation is not for lack of trying, though.

More than 70 companies have  developed various technologies to generate electricity from ocean tides or the kinetic power of waves, leading to global ocean energy production rising tenfold over the last decade. Yet, most never advance past the pilot stages into full commercialization.

The sad tale of the leader in the space, Ocean Power Technologies Inc (NASDAQ: OPTT), serves as a sobering reality of the enormous challenge of turning an interesting science project into a profitable business venture. Ocean Power--a company mostly kept alive by government largesse--has crashed 99% over the past three years as it threatens to join the trash heap of tech companies that have experienced more false dawns than Groundhog Day.

But some experts now believe that the time for a Blue Energy revolution has come and new developments in the space could flip the script.

The Ocean Energy Systems (OES), an offshoot of the International Energy Agency, has been working round the clock to pool all the research it can in a bid to achieve large-scale ocean power deployment in the near future.

The 24-member OES, including the U.S., China, most E.U. nations, and India, believes ocean power has the potential to become the Holy Grail of renewable energy due to its sheer potential.
The International Renewable Energy Agency (IRENA), an organization that promotes the widespread adoption and sustainable use of all forms of renewable energy, reckons ocean power has the potential to generate more electricity than either solar or wind power.

According to IRENA, 2% of the world’s 800, 000 kilometers of coastline exceeds a wave power density of 30 kilowatts per meter (kW/m), with an estimated global technical potential of about 500-gigawatt electrical energy (GWe) based on a conversion efficiency of 40%. In other words, by just utilizing 2% of our coastlines, we can generate 4,383TWh of ocean power annually, enough to meet 16.4% of the world’s electricity needs. The U.K. and U.S. have said ocean energy could provide 20 and 15% of their electricity consumption, respectively.

In comparison, all renewable (Read More ...) 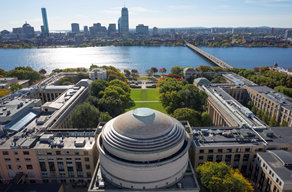 Dr. Charles Forsberg, is a professor in the Department of Nuclear Science and Engineering at the Massachusetts Institute of Technology (MIT). He opined this week about the Coronavirus  pandemic and the long-term implications for our energy use.

He states that short-term predictions are kind of easy- the recession is decreasing our energy use as we all hunker down, work from home, stop recreational travel, and shutter all restaurants, bars and sporting events. Over the last month, changes in energy use has peaked near 11 AM rather than 8 AM throughout the US, reflecting that people are at home instead of at work.
But what will happen when we come out of this pandemic and its associated recession?

Like 9/11, the 1918 Spanish Flu or either World War, huge disasters change how we live. In the last 20 years, there have been multiple pandemic near misses: SARS, Ebola, Zika, and various bird flus, but they were stopped before they entered the western world. This coronavirus was not, mainly because it is contagious well before it is symptomatic.

Unfortunately, pandemics are expected to become more common because new viruses occur roughly in proportion to the number of people worldwide and greater travel boosts the chances of a breakout.

However, contrary to conventional wisdom, Dr. Forsberg believes that this pandemic may well result in a more prosperous America in a few years. There are a few reasons for his thinking:
First, there will be a massive growth in U.S. manufacturing. This pandemic shown a light on the weakness of our supply chains. Even those things that are mostly made in America have some parts that are made elsewhere, like China or Thailand.

Second, there will be a massive wealth transfer to a younger generation, and they will spend some of that wealth.

Third, there will be a housing boom and an increase in birth rates.

Fourth, this pandemic forced companies into a large-scale telecommuting experiment - an experiment that none of them would have been willing to conduct under normal conditions.

Dr. Forsberg also believes that telecommuting will become the new norm. If not forced by their job to the city, many people will move to the outer suburbs where the cost of lower-density housing is half to a third that of a central city. The high-cost housing crisis in much of the US may actually disappear. We will see.