The photo below shows the Transient Test Reactor at the Idaho National Laboratory. The Transient Reactor Test (TREAT) Facility is an air-cooled, graphite moderated, thermal spectrum fission nuclear test reactor designed to test reactor fuels and structural materials. See "Sustainable and Renewable Energy" below for more info on the case for small reactors. 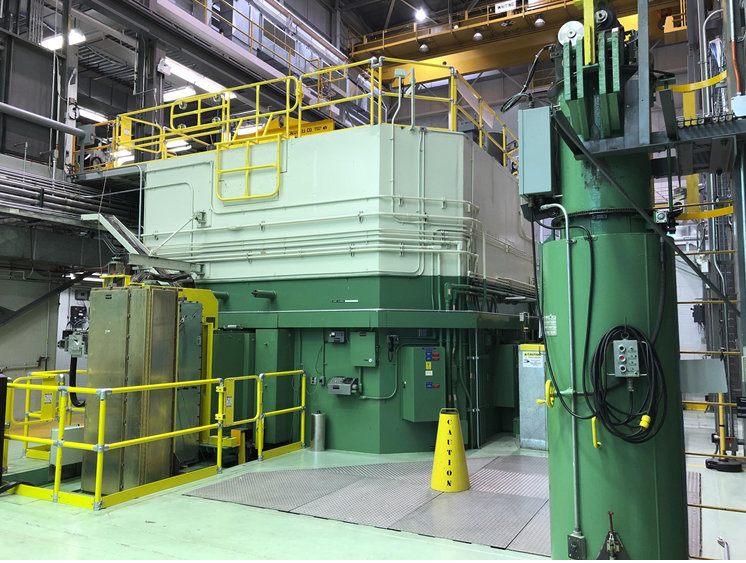 The weekly EIA Natural Gas Storage Report advised today that there was a draw of 48Bcf from Underground Storage for the week ending 3/6/20.

This is 11Bcf below the forecast of a 59Bcf draw, the average prediction of sector analysts and traders in the Dow Jones Newswires weekly survey. This compares with a draw of 164Bcf last year and a 99Bcf draw for the five-year average. Storage is 796Bcf above last year for the same week and 227Bcf above the 5-year average. Working gas in storage stands at 2,043Bcf. (Read More ...) 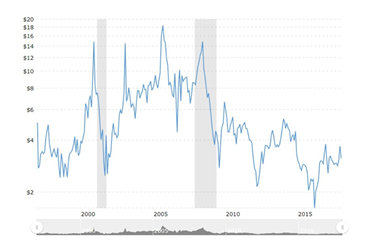 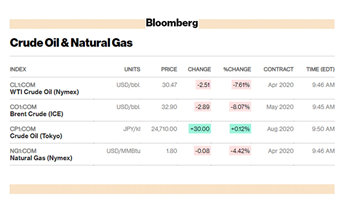 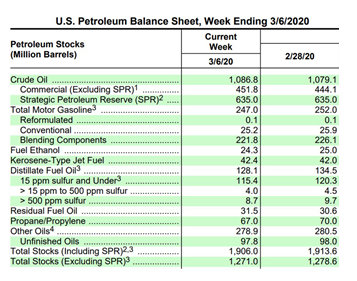 US crude inventories (EIA) increased by 7.7 million barrels to 451.8 million for the week ended March 6th, according to data released yesterday morning by the US Dept of Energy. Traders in the Reuters poll projected an increase of 2.3 million barrels. 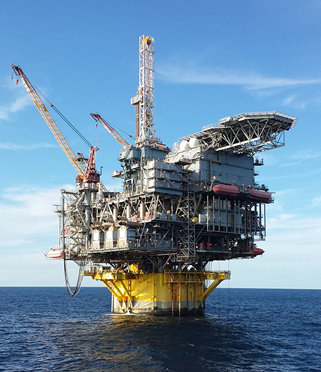 According to the Baker Hughes Count, US Rotary Rigs targeting Natural Gas were -1 at 109 for the week ending March 6th and -84 from last year.

Rigs targeting Crude were +2 at 682. There are 152 fewer rigs targeting oil than last year. Canadian Rigs were -37 at 203 and +14 from last year. US Rigs drilling for oil remain at 86% of all drilling activity. 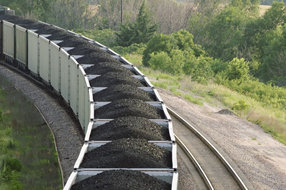 The filing in U.S. Bankruptcy Court for the Eastern District of Missouri is another sign that efforts to stem coal’s decline aren’t working.

A wave of U.S. miners have filed for Chapter 11 in recent years, including St. Clairsville, Ohio-based Murray Energy, which owns a controlling stake in Foresight. Its owner, Robert Murray, is an outspoken supporter of President Donald Trump, who has pledged to save the industry.

Foresight listed between $1 billion to $10 billion in assets and liabilities in the same range in Chapter 11 documents filed with the court. The restructuring plan, which allows the company to stay in business, would cut debt by about $1 billion by swapping $1.33 billion of debt for equity. The plan would leave Foresight with just $225 million in new secured debt, CEO Robert Moore said in a court declaration.

Mr. Moore, who is also the CEO of Murray Energy and is Robert Murray’s nephew, would remain the chairman of Foresight, according to a company statement.

Foresight, founded by the late billionaire Christopher Cline, signaled it was in trouble when it suspended its quarterly dividend in May, and again on Oct. 1 when it missed a $24.4 million interest payment. It hasn’t posted an annual profit since 2014, and matters were made worse by 2019’s unusually heavy rains, which made rivers (Read More ...)

The 11-15 Day Outlook forecasts above-normal temps for the Eastern half of the US, while the balance of the country will be at normal temps, with the exception of the North-Central states, which will be below-normal.

The 30-Day Outlook shows above-normal temps for the eastern half of the US, Nevada and Eastern California, while the balance of the country will be at normal temps.

The 90-Day Outlook shows above-normal temps for most of the Eastern third of the US, the Southwest , Nevada, Idaho and eastern Oregon. New England and the rest of the country are projected to be at normal temps.
Severe Weather: Significant precipitation will run through much of the country over the next few days. The greatest severe-weather threat will be the eastern Ozarks region to the lower Ohio Valley and central Kentucky, featuring tornadoes, damaging wind and isolated large hail. From Southern California to the Mid-Atlantic states, there will be rain, the heaviest of which will be centered in Western Kentucky. (Read More ...) 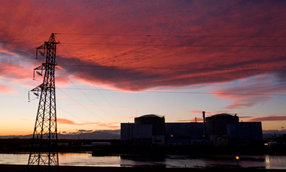 The case for making tiny nuclear reactors: In the US, the electricity powering your home was probably generated by burning natural gas, a fossil fuel. As coal becomes unfeasible, renewables work toward scale and nuclear is benched, gas remains the go-to for power companies. Industry analysts talk about gas as the "bridge," the fuel we can burn now to buy us time to develop our carbon-free future.

Gas plants are cheap to build and run, have a smaller emissions footprint than coal and many see them as a safe bet, both economically and safety-wise. But General Electric Hitachi Nuclear Energy has started the ball rolling on an alternative that would cost the same as a gas plant, at around $2,000/kW, but not use gas. Instead, it would use a small nuclear reactor that, the company claims, is safe, cheap and, crucially, quick to build.

As we explained last year, nuclear power isn't without its problems -- or critics -- but it does offer large volumes of base-load power with no carbon emissions. And time is running out for us to dramatically cut carbon emissions or face environmental disaster. That means, after decades of hostility, some lawmakers are coming around to the idea of a revival.

GEH's solution is the BWRX-300, a Small Modular Reactor (SMR) the company says has all of the benefits of nuclear with fewer downsides. By making it cost-competitive as a gas plant, GEH hopes that power companies will compare the two and pick its offering. After all, natural gas still releases carbon into the atmosphere, and there's a desperate need to reduce emissions. Even after the US withdrew from the Paris Agreement, the rest of the world still has an eye on its targets.

The BWRX-300 isn't a new reactor, as such, more a shrunken-down version of GEH's existing Economic Simplified Boiling Water Reactor (ESBWR). It has the same safety features as its bigger sibling, including the ability to passively cool itself for up to seven days without power, so the sort of coolant-loss incidents that affected Fukushima shouldn't happen here.

Rather than occupying a space measured in square miles, an SMR could sit on an area of less than two acres. Christer Dahlgren, principal engineer on the project, said that the reactor itself could sit on the grass field of a soccer pitch. But the "Small" in its name doesn't relate to its footprint, but how much power it generates (Read More ...) 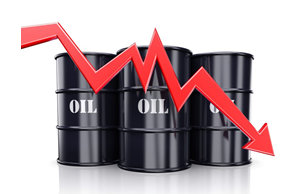 Several factors are responsible for the massive drop in Crude prices. For the 7th straight week, Crude supply has risen in the US, as Saudi Arabia and the UAE have moved to boost output. The Saudis and the UAE have intensified a price war with Russia that sent crude prices tumbling to four-year lows this week.

Meanwhile, Russia, which is not a member of OPEC, on Tuesday said it would increase output to respond to signals Saudi Arabia was preparing to boost production.

The Russia-Saudi battle comes after Moscow rejected calls by OPEC to deepen existing production cuts. Talks in Vienna collapsed Friday, meaning existing curbs will expire at the end of March and that OPEC members and their erstwhile allies can pump freely.

And then, of course there is the Coronavirus, the true cause of all of this, which has spread global fear of slower economic growth and even a recession, due to lower usage of crude and petroleum products.

That said, excess production, depressed demand, and weak prices sums up the natural gas market right now even better than it sums up the oil market.

Of course, the global oversupply of natural gas is nothing new. A combination of new LNG and pipeline capacity and milder winters in some parts of the world combined to tip the market into oversupply that persists to date. However, demand has been worsening thanks to the outbreak that the World Health Organization (WHO) yesterday declared calling a pandemic, furthering the probability that usage will drop. Additionally, LNG buyers in Europe are already turning cargos away.

It remains to be seen how all this will affect natural gas prices moving forward. At some point, prices my drop to the point that investment in green energy generation suffers.