The weekly EIA Natural Gas Storage Report advised today that there was a draw of 109Bcf from Underground Storage for the week ending 2/28/20.

This is 3Bcf below the forecast of a 112Bcf draw, the average prediction of sector analysts and traders in the Dow Jones Newswires weekly survey. This compares with a draw of 152Bcf last year and a 96Bcf draw for the five-year average. Storage is 680Bcf above last year for the same week and 176Bcf above the 5-year average. Working gas in storage stands at 2,091Bcf. There are 3 weeks left in the traditional Withdrawal season. (Read More ...) 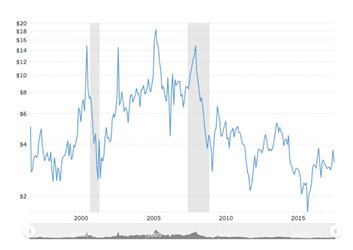 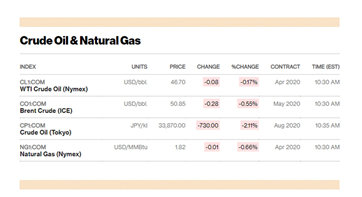 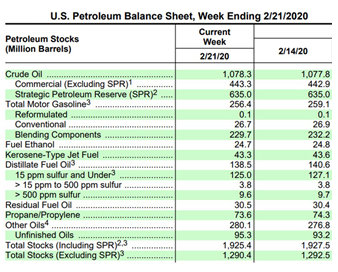 US crude inventories (EIA) increased by 0.8 million barrels to 444.1 million for the week ended February 28th, according to data released yesterday morning by the US Dept of Energy. Traders in the Reuters poll projected an increase of 2.6 million barrels. 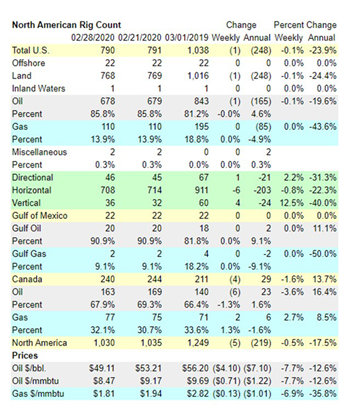 According to the Baker Hughes Count, US Rotary Rigs targeting Natural Gas were unchanged at 110 for the week ending February 28st and -85 from last year.

Rigs targeting Crude were -1 at 678. There are 165 fewer rigs targeting oil than last year. Canadian Rigs were -4 at 240 and +29 from last year. US Rigs drilling for oil remain at 86% of all drilling activity. 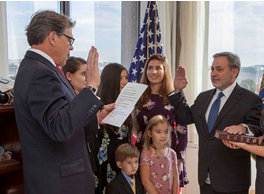 The president's budget, released Feb. 10, cuts the energy efficiency and renewables budget by 74% and the Office of Science by $1.2 billion. Overall, all non-defense expenditures were reduced 35%, with the total budget reduced 8%.

"Renewable technologies are becoming somewhat mature in the marketplace," Brouillette told committee members. "So for us, to focus on these technologies that are now commercially available seems ... to be inappropriate."

Committee Chairwoman Marcy Kaptur, D-Ohio, was particularly critical of the DOE's cuts to renewable energy, calling their proposals "backward looking" in her opening remarks. "There's a significant global market for these types of technologies right now and into the future and your budget significantly disadvantages the United States," she told the Secretary during questioning.
Brouillette continuously defended the cuts as a pivot toward focusing on emerging technologies that have not yet reached market maturity, such as energy storage.

"I fully understand the optics, if you will, of producing a budget, but it is very important that we look at the results," he said. "What is it that we're producing? For us at the Department of Energy that looks to be along the lines of battery storage. We see that as the next progression." (Read More ...)

The 6-10 Day Outlook forecasts above-normal temps for the entire US with the exception of the southern tips of Maine and Florida, as well as Eastern Washington state and Oregon, which are projected to be at normal temps.

The 11-15 Day Outlook forecasts above-normal temps for the entire US with the exception of the southern Florida, as well as the states along the West Coast, Nevada and western Utah and Arizona, which are expected to be at normal temps.

The 30-Day Outlook shows above-normal temps for the eastern half of the US and Nevada, while the balance of the country will be at normal temps.

The 90-Day Outlook shows above-normal temps for most of the Eastern third of the US, the Southwest , Nevada, Idaho and eastern Oregon. New England and the rest of the country should be at normal temps. 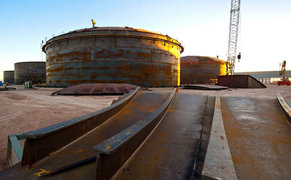 There's a Simple Way to Store Renewable Energy, And We Already Have the Technology: The effect that fossil fuels are having on the climate emergency is driving an international push to use low-carbon sources of energy. At the moment, the best options for producing low-carbon energy on a large scale are wind and solar power.

But despite improvements over the last few years to both their performance and cost, a significant problem remains: the wind doesn't always blow, and the sun doesn't always shine.

A power grid that relies on these fluctuating sources struggles to constantly match supply and demand, and so renewable energy sometimes goes to waste because it's not produced when needed.

One of the main solutions to this problem is large-scale electricity storage technologies. These work by accumulating electricity when supply exceeds demand, then releasing it when the opposite happens. However, one issue with this method is that it involves enormous quantities of electricity.

Existing storage technologies like batteries wouldn't be good for this kind of process, due to their high cost per unit energy. Currently, over 99 percent of large-scale electricity storage is handled by pumped hydro dams, which move water between two reservoirs through a pump or turbine to store or produce power.

However, there are limits to how much more pumped hydro can be built due to its geographical requirements.

One promising storage option is pumped thermal electricity storage. This relatively new technology has been around for about ten years, and is currently being tested in pilot plants.

Pumped thermal electricity storage works by turning electricity into heat using a large-scale heat pump. This heat is then stored in a hot material, such as water or gravel, inside an insulated tank.

When needed, the heat is then turned back into electricity using a heat engine. These energy conversions are done with  thermodynamic cycles, the same physical principles used to run refrigerators, car engines or thermal power plants. 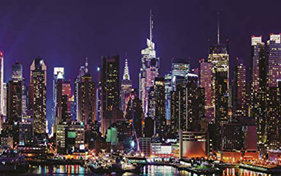 The US Energy Lowdown:
The report is packed with a lot of information, but here are the EIA’s main projections for the US energy sector: Transportation and buildings need to get on the bandwagon, and, for example, follow New York City’s lead: Enact policies that promote construction of net-zero emissions buildings, more electric vehicles, acceleration of clean energy resources, and retirement of natural gas and coal-fired electric generation plants.