The weekly EIA Natural Gas Storage Report advised today that there was a draw of 151Bcf from Underground Storage for the week ending 2/14/20.

This is 4Bcf above the forecast of a 147Bcf draw, the average prediction of sector analysts and traders in the Dow Jones Newswires weekly survey. This compares with a draw of 163Bcf last year and a 136Bcf draw for the five-year average. Storage is 613Bcf above last year for the same week and 200Bcf above the 5-year average. Working gas in storage stands at 2,343Bcf. (Read More ...) 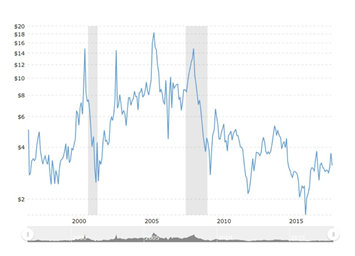 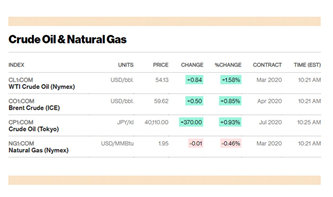 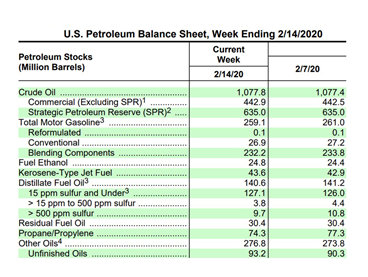 US crude inventories (EIA) increased by 0.4 million barrels to 442.9 million for the week ended February 14th, according to data released this morning by the US Dept of Energy. Traders in the Reuters poll projected an increase of 2.5 million barrels. 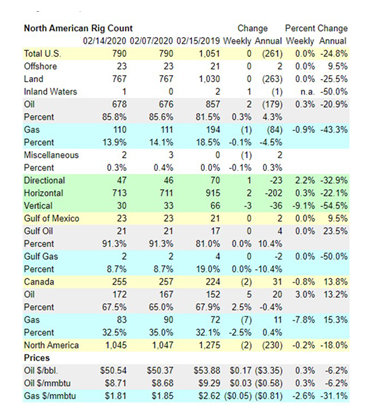 According to the Baker Hughes Count, US Rotary Rigs targeting Natural Gas were -1 at 110 for the week ending February 14th and -84 from last year. 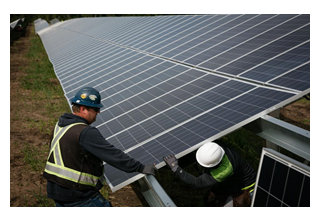 The Future Of Battery Energy Storage Is Upon Us: Government incentives and private investment are generating excitement – and progress – in utility-scale battery storage. Are you ready for the Energy Storage Grand Challenge?

It was announced in January by U.S. Secretary of Energy Dan Brouillette and is a comprehensive program to accelerate the development of next-generation energy storage technologies that would position the U.S. as a global leader.

The goal of the program is to “create and sustain global leadership in energy storage utilization and exports, with a secure domestic manufacturing supply chain that is independent of foreign sources of critical materials, by 2030,” according to the department.

An example of what is envisioned by the program can be found in the Nevada desert, where the Quinbrook Infrastructure Partners' $1 Billion Gemini Solar project – a 690 megawatt solar-plus-battery project, just got approval from regulators. It will capture and store solar energy during the day from solar panels on 7,100 acres for use throughout Nevada in the early evenings. Gemini is believed to be one of the largest projects of its kind globally.

According to the U.S. Energy Information Agency, utility-scale battery energy storage capacity in the U.S. could more than double by 2022.

"This growth is being driven by increasing electricity prices and grid instability,” he said. “Commercial business owners who are looking to improve their bottom lines are doing so by generating and storing their own energy.”

The AccuWeather 1-5 Day Outlook forecasts above-normal temps for the Southwest, as well as the Dakotas and Nebraska. Below-normal temps are expected for the Southeastern quarter of the country plus Texas, with the exclusion of Florida. Additionally parts of Wyoming, Colorado and Montana will also be at below normal-temps. The balance of the US will be at normal temps.

The 6-10 Day Outlook forecasts above-normal temps for the Eastern and Western Coastal states . Below-normal temps are expected for the a large part of the Central States, from Canada to Mexico and as far West as Utah and East to Kentucky.

The 11-15 Day Outlook forecasts above-normal temps for the Northeast quarter of the country, extending down to Georgia. Above-Normal temps are expected for the Northwest and the Dakotas. The balance of the US is projected to be at normal temps.

Severe Weather: New England shows a moderate risk of heavy precipitation over the next week.  Thunderstorms are expected from southern and central Texas to the southern Ozarks today into tonight. Isolated to widely scattered, episodic thunderstorms are forecast across the Southern Plains.

Gale Warnings are in effect along the Gulf Coast from the southern tip of Texas through Louisiana. Additionally there are gale warnings along the East Coast from Southern Florida to Virginia.

The center of the country shows high risk of far-below normal temps, from North Texas through Wyoming.
A winter storm dumped snow across upstate New York and portions of New England on Tuesday as it skirted across the Canadian border. The storm first rolled into the Pacific Northwest over the weekend before taking a cross-country tour, dropping several inches of snow across different regions and causing dangerous travel conditions.

Portions of upstate New York had reported upwards of 5 inches of snow by midday Tuesday, with 5.5 inches covering Wells, New York. Slippery conditions and delays persist across portions of the Upper Midwest.

An early start in a particular area of the United States for tornado-related weather could signal what’s ahead for the 2020 tornado season in the U.S. AccuWeather forecasts a normal to slightly above-normal number of tornadoes in 2020 with a range of 1,350 to 1,450. That range is close to what occurred in 2019 and 5 to 15% more than the U.S. annual average
(Read More ...) 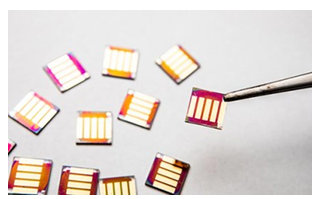 Solar Technology Breakthrough- World Record Quantum Dot Solar Cell Efficiency: The development of next-generation solar power technology that has potential to be used as a flexible ‘skin’ over hard surfaces has moved a step closer, thanks to a significant breakthrough at The University of Queensland.

UQ researchers set a world record for the conversion of solar energy to electricity via the use of tiny nanoparticles called ‘quantum dots’, which pass electrons between one another and generate electrical current when exposed to solar energy in a solar cell device.

Professor Lianzhou Wang, who led the breakthrough, said conventional solar technologies used rigid, expensive materials. “The new class of quantum dots the University has developed are flexible and printable,” he said. “This opens up a huge range of potential applications, including the possibility to use it as a transparent skin to power cars, planes, homes, and wearable technology.

“Eventually it could play a major part in meeting the United Nations’ goal to increase the share of renewable energy in the global energy mix.”

Overcoming previous challenges around the fact that the surface of quantum dots tend to be rough and unstable – making them less efficient at converting solar into electrical current.

“This new generation of quantum dots is compatible with more affordable and large-scale printable technologies,” Professor Wang said. “The near 25% improvement in efficiency we have achieved over the previous world record is important. It is effectively the difference between quantum dot solar cell technology being an exciting ‘prospect’ and being commercially viable.”

The University of Queensland Vice-Chancellor and President Professor Peter Høj AC extended his congratulations to the UQ team.

“The world needs to rapidly reduce carbon emissions and this requires us to invest much more in research to improve existing energy-generation technologies and develop entirely new ones,” Professor Høj said.

“Harnessing the power of fundamental technological and scientific research is a big part of this process – and that’s what we’re focused on at UQ” (Read More ...) 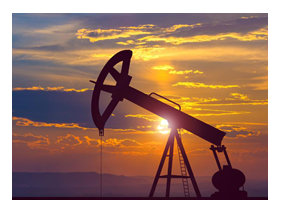 How big is the U.S. oil and gas industry, and what is its growth trajectory? The US oil and gas sector employs about 880,000 workers and contributes about $1.5 trillion towards the US gross domestic product, the growth of which has been heavily driven by shale production. Production of oil and gas hit record levels in 2019, with natural gas production exceeding 100,000 million cubic feet per day and crude oil exceeding 12,000,000 barrels per day.

The US has very recently moved from being a net importer of oil and petroleum products and natural gas to a net exporter. The fundamentals underlying these changes represent a seismic shift in world oil and gas markets.

The International Energy Agency (IEA) estimates that, by 2024, the US will export more oil than Russia and will come close to the exports of Saudi Arabia. The IEA goes further to estimate that, under stated policies, over the next decade, 85% of the increase in global oil production will come from the US. However, there is limited ability for the US to move in a way to influence oil prices as individual producers in the US are subject to anti-trust laws in the US that OPEC nations with state oil companies are not.

Domestic consumption of natural gas has been increasing as electric utilities move away from coal and pivot towards renewables and natural gas. However, short term growth in natural gas generation could plateau as renewables continue their epic rise.

The US Energy Information Administration’s 2019 reference case projects the US to become a major exporter of natural gas with growth highly driven by liquified natural gas (LNG) exports. Even though the current LNG market is soft, US producers are likely to remain competitive.

This is all, of course, absent of any meaningful action towards combating climate change. While most signs point towards continued oil and gas extraction to meet the world’s growing thirst for energy, steep reductions in CO2  emissions are required to stick to 1.5 or 2° C pathways, reductions that would likely mean a very different future for the US oil and gas sector.

Texas, living up to its stereotype, produces the most crude and natural gas of any other state, driven by the Permian and Eagle Ford regions. While Texas has a commanding lead in crude oil production, Pennsylvania and Louisiana are not far behind in natural gas production. There is so much natural gas production in West Texas that there is often not enough room in pipelines to take it away.