The weekly EIA Natural Gas Storage Report advised today that there was a draw of 92Bcf from Underground Storage for the week ending 1/17/20.

This is 4Bcf above the forecast of an 88Bcf draw, the average prediction of sector analysts and traders in the Dow Jones Newswires weekly survey. This compares with a draw of 152Bcf last year and a 194Bcf draw for the five-year average. Storage is 554Bcf above last year for the same week and 251Bcf above the 5-year average. Working gas in storage stands at 2,947Bcf. (Read More ...) 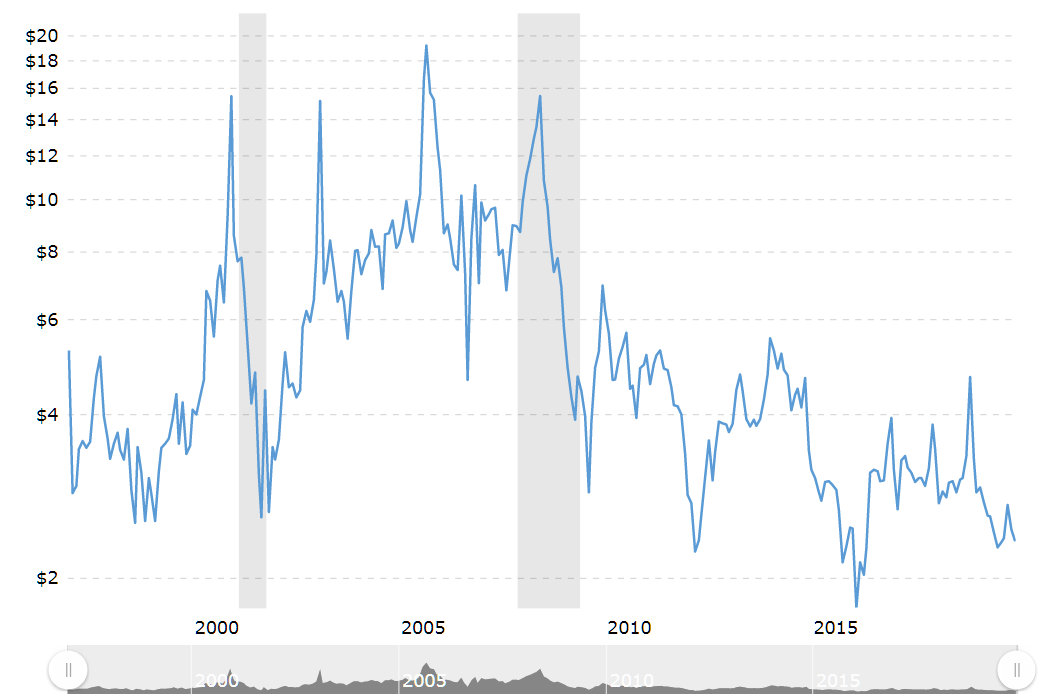 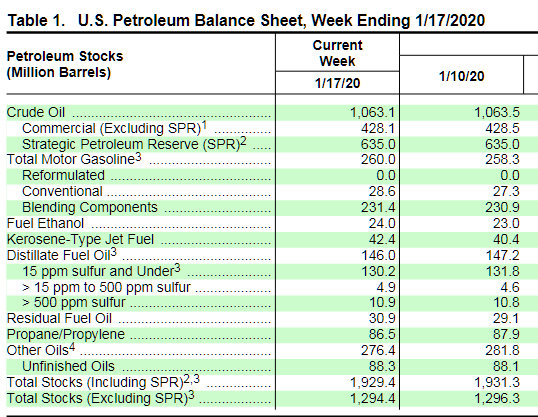 US crude inventories (EIA) decreased by 0.4 million barrels to 428.1 million for the week ended January 17th, according to data released yesterday morning by the US Dept of Energy. Traders in the Reuters poll projected a decrease of 1.0 million barrels. 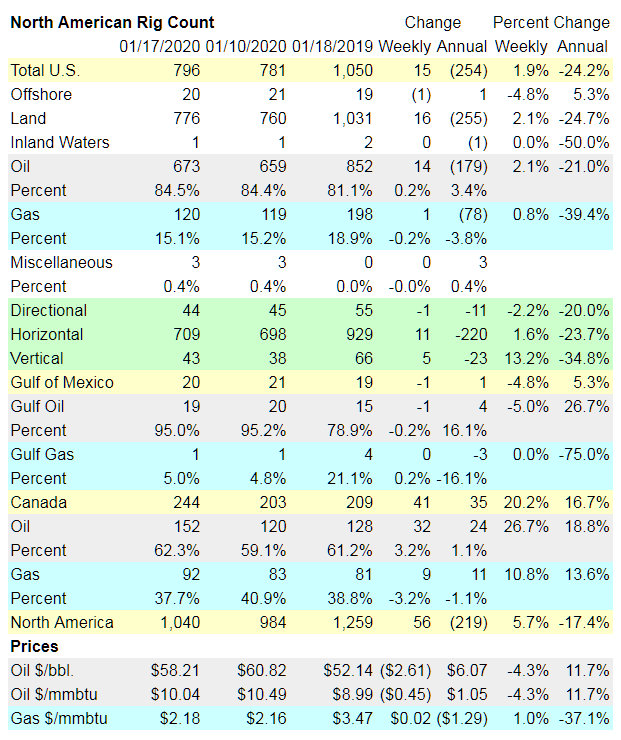 According to the Baker Hughes Count, US Rotary Rigs targeting Natural Gas were +1 at 120 for the week ending January 17th and -78 from last year. 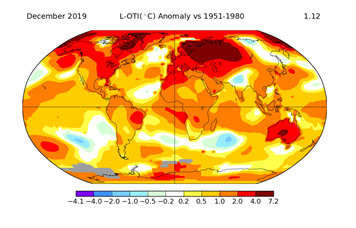 If the melting ice caps and recent wildfires didn't tip you off, NASA, the National Oceanic and Atmospheric Administration (NOAA), and the World Meteorological Organization (WMO) have hard data showing that the effects of climate change are only getting worse. According to the agencies, 2019 was the second hottest year since record keeping began in 1880, and was only topped by 2016's temperatures. The trend is clear: Every decade since the '60s has, on average, been warmer than the one before it. Even more alarming is the fact that the past five years have been the hottest five on record.

2019 was 1.8 degrees Fahrenheit (0.98 degrees Celsius) warmer than the 1951 to 1980 mean, according to NASA's Goddard Institute for Space Studies (GISS). To collect the data, NASA took exhaustive readings from over 20,000 weather stations, sea surface buoys and ships and Antarctic research stations. The full dataset is available on the agency's website. Statistical analysis of the data shows that this warming is mainly caused by increased carbon dioxide emissions -- as well as other greenhouse gases -- produced by human activities like manufacturing, farming, and livestock keeping.

While the Earth is getting warmer on average, the effect isn't evenly distributed throughout the planet. 2019 was only the 34th warmest year on record for the contiguous United States, for example. Meanwhile, the Arctic region has warmed at three times the rate of the rest of the planet. "Rising temperatures in the (Read More ...)

The AccuWeather 1-5 Day Outlook forecasts above-normal temps for the entire US with the exception of the Southeast states.

The 6-10 Day Outlook forecasts above-normal temps for the the entire country with the exception of a  small area where Utah, Colorado, Arizona and New Mexico meet. This area will be at normal temps.

The 11-15 Day Outlook forecasts above-normal temps for the entire US with the exception of southern Florida, eastern Montana and western North Dakota, which will be at normal temperatures.

The 30-Day Outlook shows below-normal temps on a "V" from Maine to Montana, dipping to Missouri.The Gulf states and East Coast states to North Carolina are expected to be at above-normal temps with the balance of the country at normal temps.

The 90-Day Outlook shows above-normal temps for southern Florida, California, Oregon, Washington state and Nevada. The balance of the country is expected to be at normal temps.

Severe Weather: Significant snowfall is expected in the North Central states from the Great Lakes to Missouri, with rain forecast from Missouri to the Gulf coast. Rain will pummel the far-Northwest. The system will continue to slide east covering the Northeast over the next several days. The Ohio valley and surrounding areas will experience snow, sleet and freezing rain, as will the Northwest. Southern Texas will also experience heavy rain as the week moves on. 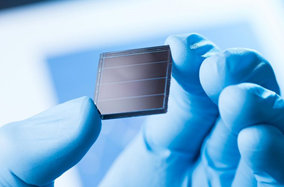 “There’s a decent body of literature that suggests that people would never be able to grow these compounds with hydride vapor phase epitaxy,” said Kevin Schulte, a scientist in NREL’s Materials Applications & Performance Center and lead author of a new paper highlighting the research. “That’s one of the reasons a lot of the III-V industry has gone with metalorganic vapor phase epitaxy (MOVPE), which is the dominant III-V growth technique. This innovation changes things.”

III-V solar cells—so named because of the position the materials fall on the periodic table—are commonly used in space applications. Notable for high efficiency, these types of cells are too expensive for terrestrial use, but researchers are developing techniques to reduce those costs.

Now that aluminum has been added to the mix of D-HVPE, the scientists said they should be able to reach parity with solar cells made via MOVPE. “The HVPE process is a cheaper process,” said Ptak, a senior scientist in NREL’s National Center for Photovoltaics. “Now we’ve shown a pathway to the same efficiency that’s the same as the other guys, but with a cheaper technique. Before, we were somewhat less efficient but cheaper; Now there’s the possibility of (Read More ...) 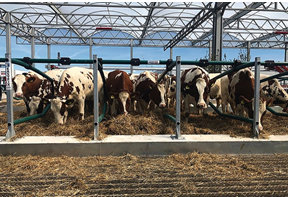 Feeding an ever-growing population is putting a huge strain on the Earth's resources. Agriculture is one of the world's largest sources of greenhouse gases, with animal farming in particular responsible for 14.5% of the world's greenhouse gas emissions, mostly from beef and dairy cattle.

On top of that, farming uses vast areas of land that might otherwise be home to carbon-storing forests; it also guzzles huge amounts of water - up to 70% of water-use worldwide, according to the Organization for Economic Cooperation and Development, (OECD).

There have been a number of meat substitutes that have entered the market recently, most noticeably, Beyond Meat and the Impossible Burger.

A start-up company from Helsinki, Finland has a different solution. "In order to save the planet from climate change, we need to disconnect food production from agriculture," says Pasi Vainikka, CEO of Solar Foods.

At its pilot plant, the company is developing a new natural source of protein it calls Solein. Like other protein supplements, it has no discernible taste and can be added to almost any snack or meal. But Solar Foods says its product will have have a tiny carbon footprint.

Solein is made by growing a microbe in liquid in a fermentation tank. It's similar to the process used in breweries, but instead of feeding it sugars, as you would when brewing beer, Solar Foods' microbe eats only hydrogen bubbles, carbon dioxide, nutrients and vitamins. Its pilot plant is able to produce about a kilo of dry protein powder per day, and Vainikka says it can match the price of existing plant or animal protein ingredients, with "a production cost of $5-$6 per kilogram of 100 percent protein."    - A company to watch.